The global water crisis is an urgent concern for farmers, consumers and public health advocates. Learn why water matters in the fight to feed the world. 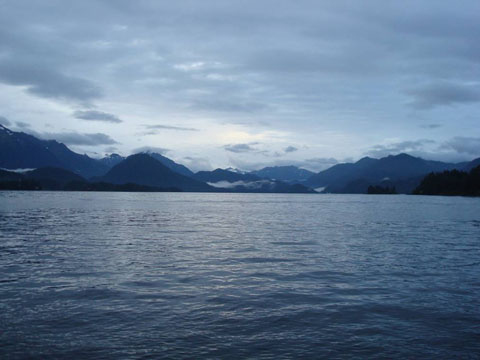 For many of us in the global North, water is simultaneously ubiquitous and invisible. There seems to be no end to the faucet’s supply in our kitchens and bathrooms, and water appears to be everywhere: public park fountains, bottled water at convenience stores, washing cars and watering gardens. Water is also used in ways we don’t see: to produce ethanol, to grow livestock feed and to cool down the massive server farms that enable internet access and cloud computing. Yet without water there is no life, and for many in the global South, clean water is a luxury. An American taking a five-minute shower uses more water than the typical person in a developing country slum uses in an entire day, and there are 780 million people worldwide without access to an improved water source. The water crisis is at the heart of global poverty; it affects health, education and survival. According to Maude Barlow, author of the book Blue Covenant: The Global Water Crisis and the Coming Battle for the Right to Water, more children are killed by dirty water than by war, malaria, HIV/AIDS and traffic accidents combined. It is time for a wake-up call. We need a shift in our thinking about water in our communities and in the world around us.

Becoming a Water Citizen
By engaging with local water organizations and learning about local and global water scarcity, we are already improving our relationship with water. Education about the threats to nearby waterways from pollution and overextraction can inspire activism. One international organization is the Waterkeeper Alliance, which works with nearly 200 Waterkeeper organizations on six continents defending their communities against anyone who threatens their right to clean water — from law-breaking polluters to unresponsive government agencies. The International Rivers Network works to protect the great rivers of the world from industrial and farm pollution and from the big dams and diversions which disrupt river flow patterns and aquatic habitat, reducing biodiversity. Involvement in organizations like these is a good way to get in touch with efforts to end the water crisis.

Food Production and Irrigation
Seventy percent of freshwater extracted from rivers, lakes and aquifers is used for agriculture. Modern industrial agriculture and factory farms pollute groundwater, create lagoons of toxic wastewater and send runoff into streams and rivers. Flood or surface irrigation, the practice of using gravity to flow water into trenches between crops, is extremely wasteful: of the 70 percent of freshwater that goes onto the fields, only half touches the crops. A “blue revolution” in agriculture would replace wasteful flood irrigation with drip irrigation, which uses pipes and tubing to deliver water directly to crops’ roots, and recover water harvesting models — both ancient and modern — to retain water within the hydrological cycle. The vast majority of the world’s farmers still rely on rainfall to grow their crops. They lack reliable access to irrigation services, while more powerful land owners can use bribes, kickbacks, fraud, patronage and political influence to get the water they need. A sustainable alternative, the International Rainwater Harvesting Alliance (IRHA), “works globally to promote sustainable rainwater harvesting programs and government and United Nations support for them.”

Food Security and Water Access
Growing food depends on the availability of water, and with the world’s top ten major rivers polluted or running dry, freshwater systems are losing their ability to support human, animal and plant life. Rapid population growth in some of the most water-scarce regions of the world raises questions on the carrying capacity of nature. Food security, however, is directly linked to water security, whether in water-short California which produces fruits, vegetables and dairy for the rest of the United States; in densely populated areas of India and Northern China where surface water has become severely polluted; or in the world’s megacities where according to the UN, “by 2030 more than half the population of these huge urban centers will be slum dwellers with no access to water or sanitation services whatsoever[…].”

We Need A New Food And Water System
The usual “solutions” to the food and water crisis are more of the same. Massive new irrigation investments in dams and irrigation canals in Asia, North America and Australia are underway to counter global food shortages. A global food system run by multinational corporations ships food around the world and destroys self-reliant food systems and local ecosystems. The alternative is a food and water system built on local ecosystems and local capacities, one in which communities restore watersheds and water resources, wetlands and forests, replenish underground reservoirs and halt surface and groundwater pollution. This food and water system would promote agroecological farming and advocate for food sovereignty, which includes, as food policy academic and author Raj Patel writes, “a democratic conversation about food, about how it should be grown, how shared, how distributed.” For more on the connections between the food crisis and the water crisis, see The World Food Crisis Through A Water Lens.

A comprehensive solution to the water crisis would demand what Maude Barlow calls a global covenant on water, a “Blue Covenant.” This would have three components:

For more information, see Book Review: Blue Covenant: The Global Water Crisis and the Coming Battle for the Right to Water.