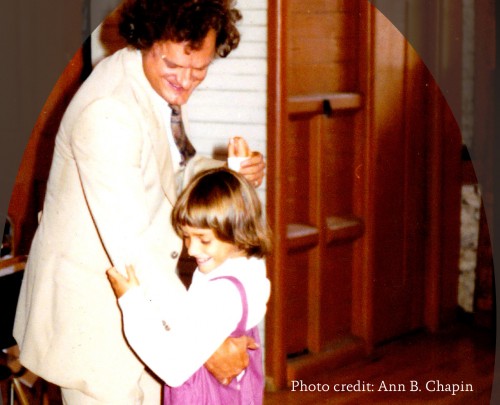 WhyHunger: You started Harry’s Giving Circle in 2014. How do you feel about the campaign a year in?

Jen: Harry’s Giving Circle is near and dear to my heart—it’s my baby. I feel great about the campaign thus far. Eventually, I would like for The Giving Circle to be the “go to” way for people to connect with Harry’s legacy and WhyHunger. I’m really looking forward to seeing it grow.

WhyHunger: Why are Giving Circle donors so important to WhyHunger?

Jen: As a board member, I’ve participated in countless conversations about WhyHunger’s budgeting and fundraising. From what I’ve gathered over the many years I have served on the board, it is a huge weight off of the shoulders of the staff to have steady funding. Harry’s Giving Circle, by calling for a monthly pledge from donors, ensures that we have a recurring income. WhyHunger has an amazing track record of creating innovative ways to raise funds and engage new supporters, and I feel that Harry’s Giving Circle does just that. The consistent funding allows us to be more timely and effective in our planning and programming.

WhyHunger: This is an important time of the year for WhyHunger, and a special time for Harry’s family and friends to remember him. How will you be remembering your dad this month?

Jen: The blessing of my dad’s life and his legacy is that he really is commemorated all year round. I’m usually always doing something to honor him, whether it’s with WhyHunger or through my music. Honestly, I’m caught off guard sometimes when people reach out to me on his birthday or the anniversary of his passing, because I just feel so connected to him every day of the year. Nutrition, racial justice, and education are some of the things that are really important to me, and they are all connected to food justice, which in turn connects me to my dad. This month and Harry’s Giving Circle just offer me another positive way to memorialize him.

WhyHunger: What do you think your dad would have to say about Harry’s Giving Circle?

Jen: Well, first we would have to explain the internet to him! My dad would be enthusiastic about a campaign like this. He was such a supportive parent; he was always cheering me on no matter what I was doing. Though, as far as doing the work of food justice, he was never one to be self-congratulatory. Once we launched a campaign such as this he would say something like “OK, good, what’s next?”

WhyHunger: What effects do you hope for Harry’s Giving Circle to have, long-term?

Jen: Ultimately I would like Harry’s Giving Circle to be a significant source of revenue for WhyHunger to count on. My hope is that this campaign will remain strong and solid, so that the funds can support programming and enable WhyHunger to do even more great work in the future. 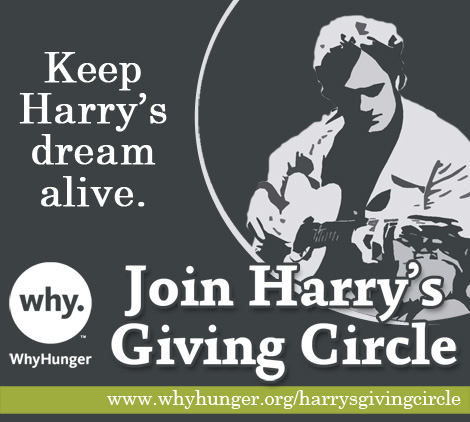