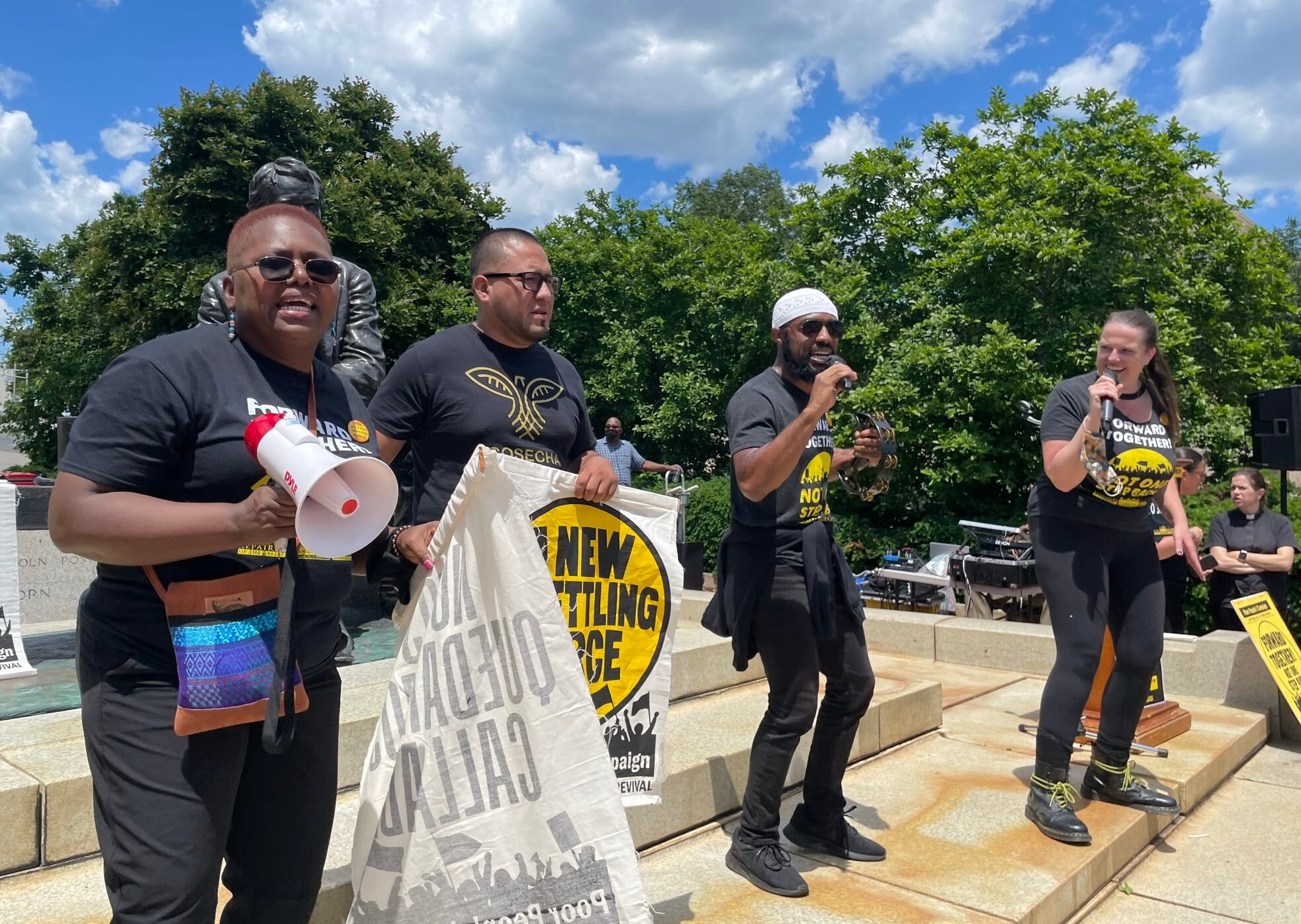 June 18th is going to be a big day. WhyHunger is a national partner of the Poor People’s Campaign and is excited to join them as a mobilizing partner for their transformative gathering: A National Call for Moral Revival in Washington DC.

There are 140 million poor and low-income people in this country, experiencing multiple, intersecting injustices everyday. The Poor People’s & Low-Wage Workers’ Assembly and Moral March on Washington and to the Polls, on June 18th 2022 is not just a march, but a declaration of an ongoing, committed moral movement to:

We know that hunger and poverty are primarily caused by social injustices like low wages, inequity in education and transit, racism, sexism, homophobia, and environmental destruction that create barriers to food, land, knowledge, and resources, impacting generations of communities worldwide.

Together, we must challenge the notion that this is the best we can do. We can and will do better.

On June 18th, WhyHunger will be joining thousands of people across race, gender and sexuality, ability, faith, issue, and region to turn our pain, fear, and anger into a moral movement that can revive the heart and soul of this country.

Will you meet us there?

With hope and appreciation,

P.S. Click here to RSVP and find out more about the Poor People’s Campaign.