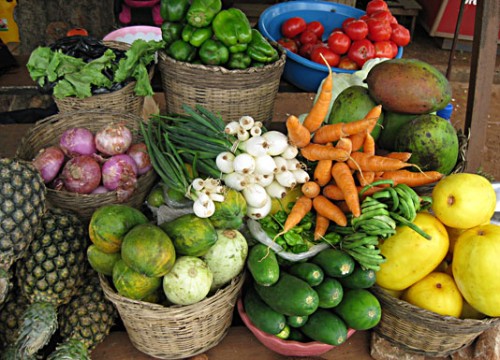 In response to the editorial, “Food Stamp Nation,”  published in the Wall Street Journal on January 20, 2012, WhyHunger’s Alison Cohen, Director of Programs, wrote the following letter to the editor which was published in print and online in the Journal today. WhyHunger shares one voice with Alison. We believe food stamps are working as designed: increasing the food purchasing power of struggling households in order to alleviate hunger and malnutrition. Read Alison’s full response below.

The Wall Street Journal’s article “The Food Stamp Nation” is successful only in spreading misconceptions about the USDA’s Supplemental Nutrition Assistance Program (SNAP).  Instead of relying on the hard data that tells the full story of SNAP as a critical support for millions of working Americans and a tool for economic recovery, the Wall Street Journal spills ink to take jabs at the White House and throws its support behind Gingrich’s error-filled campaign rhetoric.

The fact that SNAP enrollment has increased during an economic recession indicates that this nearly 50-year old assistance program is doing what it was designed to do – increase the food purchasing power of struggling households in order to alleviate hunger and malnutrition.  And by doing so, SNAP is one of the best economic multipliers out there.  According to Moody’s Investor’s Service, food stamps rank number one as an economic stimulus provision. For every $1.00 in SNAP, $1.73 returns to the economy. USDA’s Economic Research Service (ERS) estimates that each $1 billion of retail demand by SNAP generates $340 million in farm production, $110 million in farm value-added, and 3,300 farm jobs.  By comparison corporate tax cuts have a multiplier effect of only 30 cents on the dollar.

And as a political argument used to sway the public, Gingrich and others might do well to first consider the opinion of voters before calling for a reduction in SNAP funding.  Polling data released today by the reputable Food Research and Action Center (FRAC) shows that across party lines “77% of voters say cutting food stamps is the wrong way to reduce spending and only 15 % favor cutting such assistance.”

In contrast to the Wall Street Journal’s characterization of SNAP as an entitlement creating further dependence on the government, the work support program is helping hungry children (40 percent of SNAP beneficiaries) and seniors (9 percent), supports low-wage workers in making ends meet and assures that families are financially better off working than on welfare, all the while creating economic stimulus in a time of prolonged economic recession.