Hunger is never just about food.

It can be difficult to imagine the impact of big, complicated problems on real people’s lives. When we say hunger is an economic, social, and environmental issue, here’s what we mean:

People struggle to afford food because they can’t get a living-wage job that allows them to pay for health and child care, housing, education, and food. People can’t access healthy food because grocery chains have abandoned lower-income and BIPOC neighborhoods, they lack reliable transportation, or there is simply nowhere to buy fresh produce nearby. People aren’t able to grow food because small farmers have been forced off their land, causing a loss of seeds and Indigenous knowledge; women, queer people, and people of color have been denied credit to purchase land and build farm infrastructure; and because climate change is driving extreme weather and major crop loss. 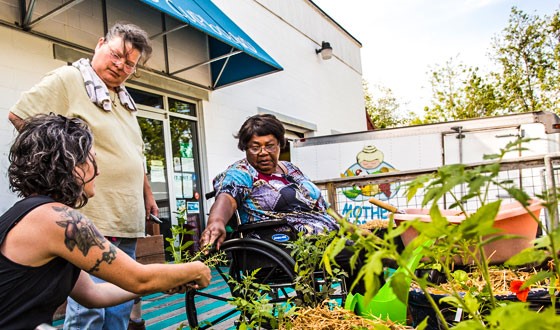 But just because hunger is complex doesn’t mean we can’t solve it. At WhyHunger, we know that ending hunger means addressing root causes so that communities have all the resources they need to thrive. The solutions are innovative and exciting, and WhyHunger is working alongside our partners to enact them, right now.

WhyHunger is committed to supporting grassroots organizations around the globe as they organize, grow food, regain control of their local food systems, and ensure racial, economic, environmental, and health equity for all. With our partners’ leadership, and with your support, we can and will build an equitable world free from hunger.

P.S. If you missed last week’s installment of the WhyHunger’s Why? series, you can check it out here.