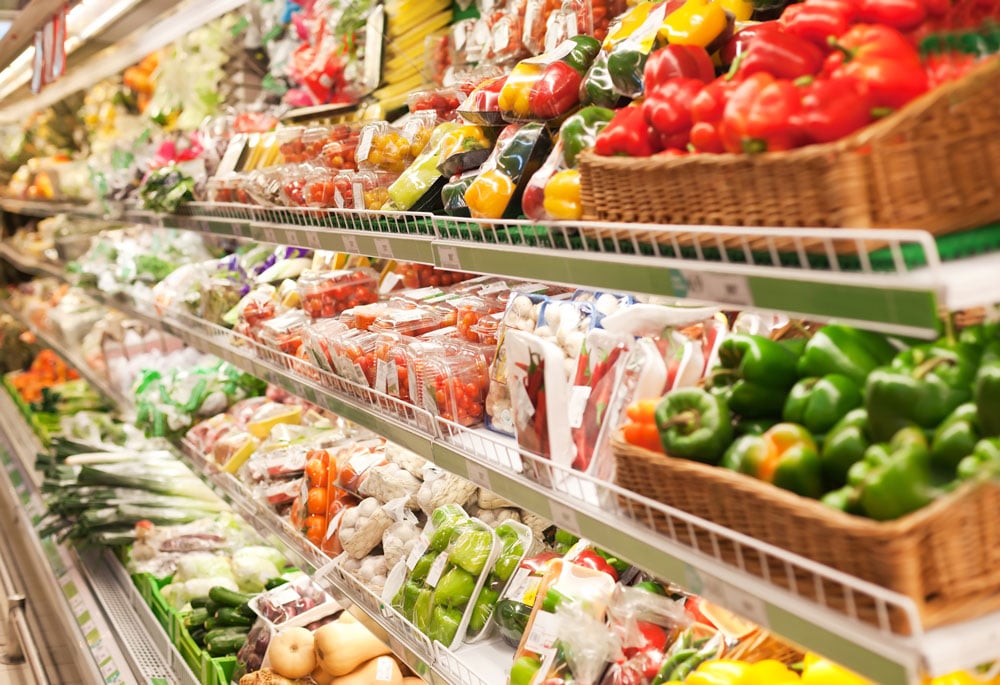 The rapid spread of the coronavirus pandemic has caused the number of people living in conditions of food insecurity to skyrocket, with experts predicting that the number of people suffering through severe food shortages will swell from 135 million to a staggering 265 million globally. However, statistics illustrate that food insecurity in the United States is not a problem that has emerged due to the crisis, but rather that the crisis has deepened preexisting fissures in our food supply chains and emphasized how inequitable and unsustainable our food systems already were. Before the pandemic, the USDA reported that 11.1 percent of the country’s population was food insecure at some point during 2018, with a 2014 Washington Post report stating that roughly 46 million people — or one in seven US residents — depended on food banks or meal service programs to meet their required food intake. Since the pandemic, demand has skyrocketed. To illustrate, Christina Wong, the public policy director at food bank Northwest Harvest, told Vox, “The need in our state has gone from 800,000 Washingtonians before Covid to 1.6 million people.”

This phenomenon is being seen across the country, with the simple reality being that in this time of crisis, people are going hungry. This is not due to a lack of national food supply—there is enough food in the world to feed everyone—but rather due to structural barriers to equitable distribution. FIAN explains, “Food production and consumption are increasingly dictated by big industry, with many governments turning a blind eye. … It is this, together with the uneven distribution of land and natural resources, ecological destruction, sexism and racism – to mention just a few – that explains why so many people face hunger and malnutrition.” Additionally, in the United States, the inadequacy of the social safety net — particularly the underfunding and bureaucratic inefficiency of SNAP and unemployment benefits — means that without financial cushioning, the over 40 million Americans who have filed for unemployment since the pandemic began are now facing the immediate threats of hunger and poverty.

The unavailability of nutritious foods ushers in a whole host of chronic health consequences seen disproportionately in low-income communities, such as diabetes, high blood pressure, and high triglycerides. Individuals suffering from these and other symptoms of “metabolic syndrome,” the result of a poor diet, are placed at an even greater risk of contracting a severe or even fatal case of the virus, according to Dr. Mozaffarian in the New York Times, as “they’re all associated with low-grade, body-wide inflammation, and Covid kills by causing an overwhelming inflammatory response that disables the body’s ability to fight off pathogens.” In this way and others, the pandemic, which has already exacerbated income inequality and joblessness, has proven indubitably that it is not, in fact, the “great equalizer.” Marginalized communities, particularly communities of color, have never had equal access to safe and healthy foods. Now, they are being disproportionately affected by job loss and oftentimes a subsequent loss of health insurance, compounded by other existing structural inequalities such as long standing discriminatory policies in housing, health care, financial security, and more.

These statistics paint a bleak picture for the future of food access in the United States, and an even bleaker one for vulnerable communities. However, there exists one modest beacon of hope: this crisis offers an unprecedented opportunity to fundamentally change the course we are on. We are facing the direct consequences of what FIAN describes in its recent report as decades of “neoliberal policies and practices that have been exacerbating disparity and discrimination,” which have prioritized profit over human rights and made life for the so-called ‘essential workers’ now forced to risk their lives to keep our economy running precarious to the point of impossibility. We are seeing beyond a shadow of a doubt that we simply cannot “return to normal” after the pandemic ends. Instead, we must use this time to drastically reconsider our food and health policies and systems. One potential course of action to consider is for the United States to adopt a Right to Food framework, as proposed by the Food and Agriculture Organization of the United Nations (FAO).

As the name suggests, the Right to Food, first ratified by heads of government in 1996 at the World Food Summit, defines access to adequate food on a regular basis as “not only a moral imperative and an investment with enormous economic returns” but also “a basic human right.” In order to translate this ideology into practice on a State level, the Voluntary Guidelines, which offer recommendations on how to pragmatically ensure the right to food, were created by an Intergovernmental Working Group in 2002 and formally adopted by the FAO Council in 2004. The Guidelines employ a human rights-based approach, which “emphasizes universal, interdependent, indivisible and interrelated human rights, the obligations of States and the roles of relevant stakeholders.” The framework reiterates the need for intersectional collaboration across organizations and agencies, as well as the tracking of metrics to quantify impact and identify the communities most in need. Further, it expands the role of government in regulating uncompetitive markets and protecting the sustainable use of natural and economic resources, especially those that belong to indigenous communities. Intentional emphasis is placed on facilitating the direct participation and self-advocacy of marginalized and/or vulnerable communities, which are often excluded from conversations surrounding food security policies and the fulfillment of their own human rights. Lastly, the Guidelines also suggest community-based initiatives, education programs, and poverty reduction strategies in order to address the root economic and social causes of hunger.

Of course, as these Guidelines are voluntary, it is up to the States themselves to commit to protecting their citizens’ right to food. A written commitment to the Right to Food usually takes one of two forms: first, states can ratify the Right to Food in their constitutions, an act that is not only symbolic but that also holds the government accountable with greater permanency through judicial processes, and empowers the people to claim and advocate for their own human right. As of now, 24 countries have included the Right to Food in their constitutions in some capacity. The United States is not one of them.

The United States can and must formally commit to addressing the issue of food insecurity in this country. It has become even more abundantly clear in these times that expansive change in how we structure our food systems is necessary and urgent. The faults in our food system have been exposed and exacerbated by the coronavirus pandemic, which has seen, in addition to the exorbitant suffering and loss of lives, millions of newly unemployed people (in addition to people who are employed below a liveable wage) turning to food systems that are non-resilient and inequitable, and do not work to nourish an ever-increasing food-insecure population. Advocating that our government commit to a human rights-based approach to the right to food is admittedly a long game but one that could set in motion a new narrative that uplifts the true solutions to hunger rooted in ending poverty and inequality. Organizing around the Right to Food framework could be a critical turning point and one that allows us to build alliances across sectors advocating for economic and racial justice.

As economist Thomas Piketty tells Democracy Now, this moment could be the one in which we finally reconsider the level of inequality in our society that we are willing to tolerate. Piketty offers us a ray of hope: “Things can change much faster than the dominant discourse and the various elite in different societies tend to imagine.” Times of crisis such as these can usher in periods of incredible mobilization and positive transformation, reminding us that structures of inequality are not inalterable facts of nature but rather within our control to change. 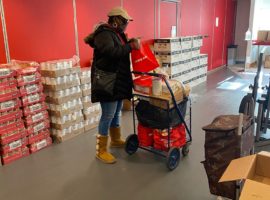