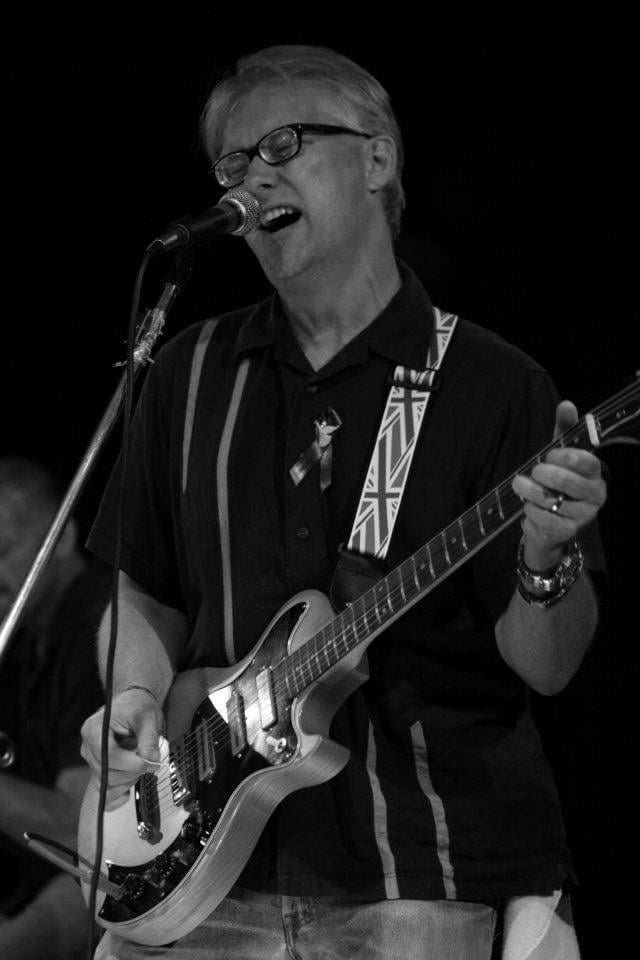 With humble beginnings in a small suburb outside of Pittsburgh, Artists Against Hunger and Poverty member Steve Bodner is a true grassroots artist. Even though he has gone on to play great venues like CBGB, Wrigley Field, and Trident Studios, he remains true to his roots and uses music to raise awareness on important issues. He continues to support WhyHunger with his new single “Louder Than Concorde” now available for purchase and with an upcoming performance on Saturday August 13, 2016 at the Rock and Roll Hall of Fame! Here’s an inside snapshot on Steve, his story, and why he chose to fight hunger:

How and why did you decide to work with WhyHunger’s Artists Against Hunger and Poverty program?

Since 1991, I have been doing various fundraisers under the name Bill Aid and Pittsburgh Musicians for Hunger Relief, now Musicians for Hunger Relief. I always loved the idea of using music to raise money and awareness. The hunger issue in America is something that we tend to look away from or just take for granted and it seems as if it is ignored in the mainstream media. One day I was listening to SiriusXM on the Bruce Springsteen channel and I heard someone talking about hunger and poverty issues and not pulling any punches. I was thrilled to hear this – it was inspiring to find a voice this eloquent but blunt on the radio. It was Bill Ayres, co-founder and ambassador of WhyHunger. I immediately looked up WhyHunger’s website and was so blown away by the Artists Against Hunger & Poverty program – it was what I had been trying to do, but it was being done so much better and on a much grander scale. I wanted to be a part of this so I contacted Hillary Zuckerberg and she was wonderful and welcoming and I have been thrilled to be a part of this ever since. I feel a kinship with the other artists involved and am humbled to be included.

What impact has your experience working with WhyHunger had on your music or on you personally?

I feel I am part of something bigger. It is amazing to see the artists involved and that has given me more push to approach other artists to get involved. I contacted some of my musical heroes to get involved in the Louder Than Concorde single – a new project with proceeds benefitting WhyHunger. Knowing that I am a part of WhyHunger has given me some legitimacy to ask artists like Spooner Oldham, Caleb Quaye and Adam Marsland to be a part of this work. It has also been great to bring my usual collaborator Steven E. Adams into a project specifically for WhyHunger. It also allows me to approach a younger artist like Megan Paullet to get involved. It has inspired me to try to live up to WhyHunger’s level of dedication and artistry. When I mention WhyHunger people listen – it gives my words and work some legitimacy.

As a musician, do you feel obligated to be political, get involved in social justice or speak out for those who voices aren’t as heard?

Yes. Music is one of the most powerful and spiritual tools for change that we have. If there is anybody listening, then we need to give them something to listen to. Music is the common denominator between people. It has the capacity to bring different people together that wouldn’t normally associate with one another. It has a power that words on a page don’t. Music has always been a part of or at the forefront of social change because it resonates with people. The terrific thing is that you can deliver a message in a great song that people love and it can inspire them to get involved, too.

If you could perform anywhere in the world where would it be and why?

The Apollo Theater. This is the place where the standard is set for performing. The audience has a reputation for being a bit tough and I think it would be a thrill to go into that room and try to win them over – it is a challenge. Besides that, the list of greats that have played on that stage is humbling. I have tried over the years to perform and record at places that have a place in music history and there is none bigger than the Apollo.

I am constantly inspired by people who use what they have to help others. There are people in the world that see a situation and instead of looking the other way, choose to try and help whether it be on a grand scale or a small scale. I recently was involved with Jeremiah’s Place, a crisis nursery in Pittsburgh. The people who started Jeremiah’s Place saw a need and found a way to support families and in particular, children, by offering a safe haven during times of crisis. Their journey has been challenging, but they continue to be dedicated to their mission.

An individual who inspires me is Jen Chapin. Jen is not only an amazing musician and mom – she has found a way to carry on her late father’s work and help others. Jen is a very giving person and I was blown away by just how much she went out of her way to perform with me at a fundraiser in Pittsburgh that was not on her tour schedule. She is such an inspiring spokesperson for WhyHunger and somebody I admire.