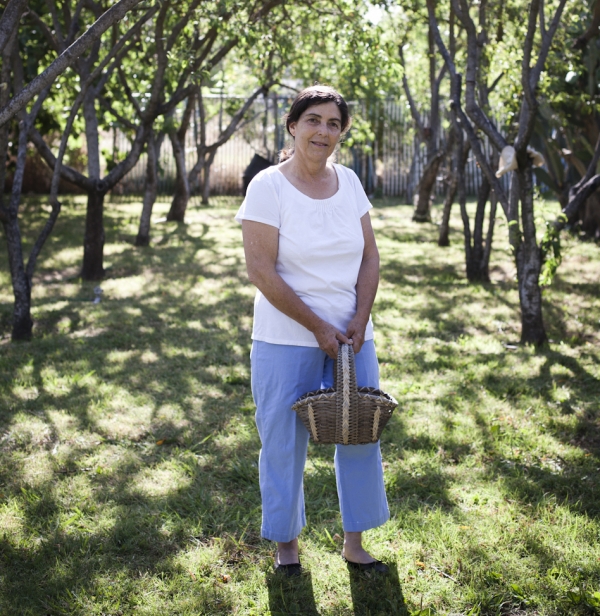 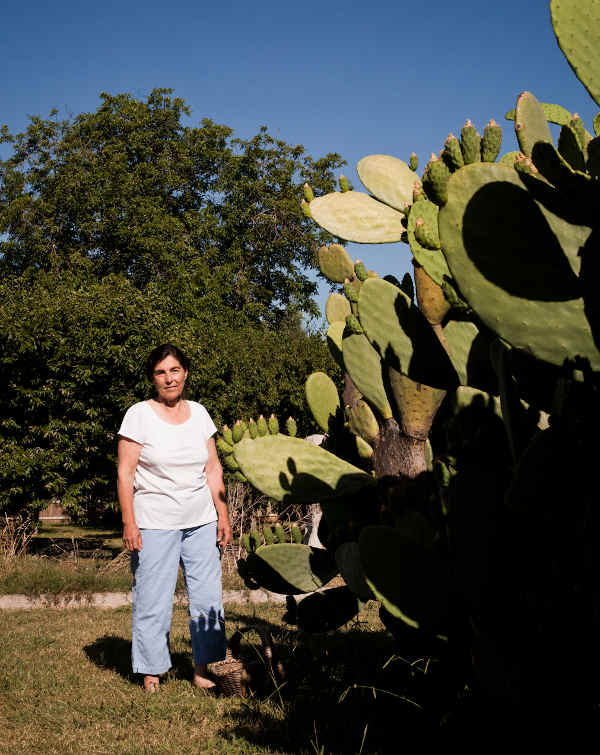 Carlos never intended to make money off the orchard, even though he had 150 trees. He simply wanted to grow fruit and share it with his family. But Maria saw it differently. She asked why he worked all day on the fruit and they could only eat and give away so much of it, then the rest rots.

So Carlos decided to try to sell some of his fruit. He had prostate cancer by then. Perhaps that lent a sense of urgency, a desire to share his life’s work beyond the boundaries of his family and friends. So Maria got two boxes of peaches and Carlos took them to the farmers market. He knew nothing about permits or the business of fruit vending. A seller asked to buy Carlos’ boxes. Carlos said $15 for them both. Deal. Carlos was happy.

The seller put the peach boxes on the stand and a customer bought one box for $30.

Randy saw the whole thing. That’s how he found Carlos and how he and Soil Born Farm helped Carlos get his permit and start selling legitimately. Carlos sold his fruit all that season in 2007.

Carlos died of the prostate cancer in 2008, but the farm stand came at the perfect time. Her husband spent his last fruit season sharing his hard work with total strangers.

Maria walks with a limp beneath her trees, but she can still climb the ladder and pick. The USDA’s Community Food Project (CFP) grant to Soil Born Farms in 2009 came at a perfect time, as well. It allowed the organization to support Maria and her children with the orchard after Carlos died. Soil Born helps Maria and her children maintain the farm and they support the market where Maria’s family sells their fruit. They’ve made up to $4000 in a good year.

To Maria, the pay is being able to live in such a beautiful place. She just wants to break even between upkeep and fruit sales. So she can keep Carlos’ simple dream alive for the next generation of Lopez. So their grandkids can live in a place with shade trees offering fresh fruit.