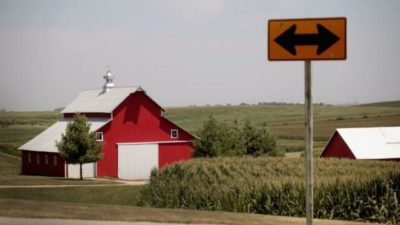 This is an Op-ed first published by The Hill.

The social contract between our government and its people is hanging on by a thread. If the 2018 Farm Bill is any indication of the strength of that last thread, we are in trouble.

With its origins in the New Deal, the Farm Bill’s original three goals were to keep food prices fair for both farmers and consumers, ensure an adequate food supply and protect and sustain the country’s natural resources.  The current iteration seeks to dramatically increase food insecurity by weakening SNAP, a proven nutritional lifeline, harming working families and slashing support for small scale and sustainable farmers. We are a far cry now from its original intent to link the survival and viability of farming and rural life with the reduction of hunger and food insecurity in the cities.

How the farm bill is currently shaped – who has the most influence on the policymakers – exposes a crisis of democracy.

Let’s look at the numbers. Even as unemployment has decreased to a remarkably low 3.8 percent, the percentage of households that face food insecurity has stayed at around 12 percent over the past three decades.  Additionally, today fewer than 2 percent of Americans are farmers and only 34 House districts (out 435) are rural. Meanwhile, agriculture is the second largest contributor to human-made greenhouse gas emissions and is a leading cause of deforestation, water and air pollution and biodiversity loss.

Why does this matter? The Farm Bill no longer sits on a three-legged stool of just economic, nutrition and environmental policies. Instead it props up false solutions to hunger by supporting the overproduction of commodities and intensive pesticide use while causing climate change and illustrating the insidious reach of corporate influence on our policymakers.

There are no long-term positive effects to the increased consolidation and commodification of food and agriculture. The rich get richer, while the environment, soil, vulnerable populations and consumers suffer. And tweaking the system to mitigate the ill effects of consolidated agriculture with technological fixes is a false solution. A system that exists to make money first and turn profit above all else, will never benefit the people or the planet.

It’s time for the Farm Bill to reintegrate the bi-partisan goals it once had—of economic stability, environmental protection and food security. We cannot end hunger and protect the environment without dismantling corporate influence on the Farm Bill.  And it will take new, bold coalitions and alliances from the economic, racial, social and environmental justice sectors to disentangle the bill from these corporate interests and put it back in the hands of citizens.

Perhaps easier said than done. But we are up for the fight. We must not forget the real people and communities who stand to lose the most as the social contract continues to fray.