Jose Juan Romero came to the U.S. from Mexico five years ago and supports his parents and four siblings. He first started working in restaurants, 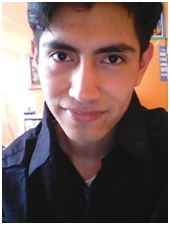 Jose Juan Romero came to the U.S. from Mexico five years ago and supports his parents and four siblings. He first started working in restaurants, “washing dishes, then making deliveries, and helping in the kitchen where there wasn’t much work.”

“When I arrived in this country – like everyone who arrives – I conformed to what I was given out of work. It doesn’t matter if it’s $100, $50,” Jose says. “I came by myself. It’s very difficult living here without knowing anyone, not knowing where a store is, not having money to buy water or bread. When you find a job, if they offer you $50, you don’t have to think about it – you need this money, so you take it.”

In mid-2007, Jose started working in the kitchen at Flaum Appetizing Corporation, a kosher food processing and distribution company in Brooklyn. Flaum is the producer of the Sonny and Joe’s brand of hummus, along with other food products. “At Flaum, there were many things that we [the workers] didn’t like – we worked too many hours and we weren’t paid overtime. They didn’t give us clean water to drink. The bathrooms weren’t very clean. Sometimes the work was very hard, and they didn’t want to give us someone else to help.”

“The manager yelled at all the workers. I believe that, as people, no one deserves mistreatment, especially if you’re doing your work well … That’s why we organized.”

In August 2007, Juan and his co-workers came together to seek respect on the job and filed a federal minimum wage & overtime lawsuit against Flaum. Less than a year later, Jose and 16 of his co-workers at Flaum were fired for organizing. In February 2009, the workers won an order at the National Labor Relations Board for $260,000 in back pay, but the owner refused to pay, claiming that he is not liable, due to the immigration status of the workers. The employer also refused a reasonable settlement in the federal minimum wage and overtime case.

In 2010, Juan and his co-workers approached Brandworkers International for help in vindicating their rights. Brandworkers is a non-profit worker center that trains workers in social change tools and facilitates member-led workplace justice campaigns. Juan learned about the rights of workers, including undocumented workers, and went through comprehensive training and leadership development to build a workplace justice campaign with his co-workers.

With the support of Brandworkers, the Industrial Workers of the World, and the Orthodox social justice community, Jose and the other Flaum workers persuaded over 120 of New York City’s most well-known grocery chains to stop selling Flaum’s products until workers’ rights are respected. In May 2012, Flaum agreed to pay 20 former workers $577,000 in back wages and other compensation as part of a global settlement. The settlement includes a binding code of conduct ensuring that Flaum will comply with all workplace protections, including appropriate pay for all hours worked, anti-discrimination, and health and safety safeguards.

Jose now works two part-time jobs – as a cook at a restaurant in Queens and as a chef helper in another in Manhattan. He works more hours at the Manhattan restaurant, which has two floors, seats 200 people, and has 30 employees.

“Every day I work nine to ten hours. Over the week, I work about 27 hours — in just three days.” Jose gets a 30-minute lunch break, but no other breaks during the week. “We don’t have paid sick days or health insurance. We don’t have any benefits,” Jose says. He’s gone to work sick because he doesn’t have sick days, but last winter, he was so sick, he couldn’t go to work for three days. “They almost fired me,” he says. “When I got my check, it was only $100, and I had to pay rent that day, which is $300 – I couldn’t buy food or my Metrocard.”

Jose says his current jobs aren’t a lot better than his previous jobs, including at Flaum. He says they are a small improvement in terms of health and safety, and “the money’s not great, but it’s a little better than others.”

Jose says he likes to cook and learn new types of food. “I’d like to work making pasta and pastries. It seems interesting. It seems like it’s paid a little more, too.”