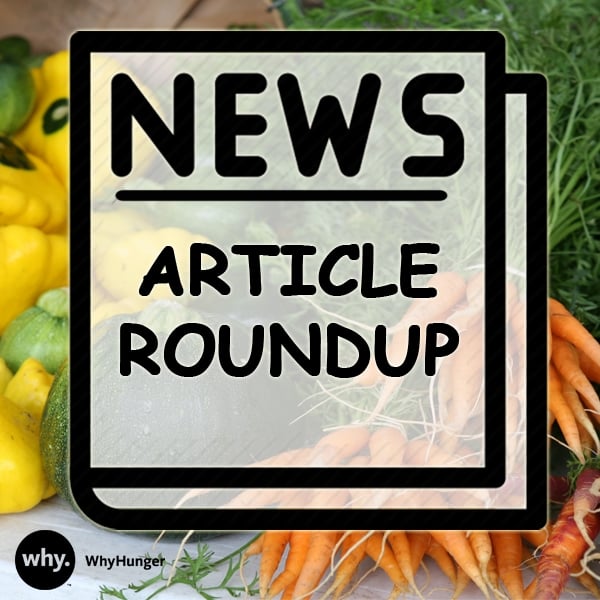 1. Newsweek: “The Number of People on Food Stamps is Falling. Here’s Why.”
Fewer people are receiving SNAP benefits, but why? This article goes behind the stats and examines how much of this decline is due to an improved economy, how much it is due to unjust reinstated requirements and how many more people will be hungry as a result.

3. Truth Out: “Four Charts That Show Who Loses Out if the White House Cuts Food Stamps”
These charts summarize the populations using food stamps and highlight those at risk of losing coverage.

4. Alternet: “Women Still Carry Most of the World’s Water”
A new report from UNICEF and the WHO documents the disproportionate burden of water provision that falls on women around the world and the dangers women face without safe, accessible sources of water.

6. Yes Magazine: “10 Examples That Prove White Privilege Exists in Every Aspect Imaginable”
This article illustrates just how prevalent racial inequities are and includes dozens of links to important cases of racial injustice.