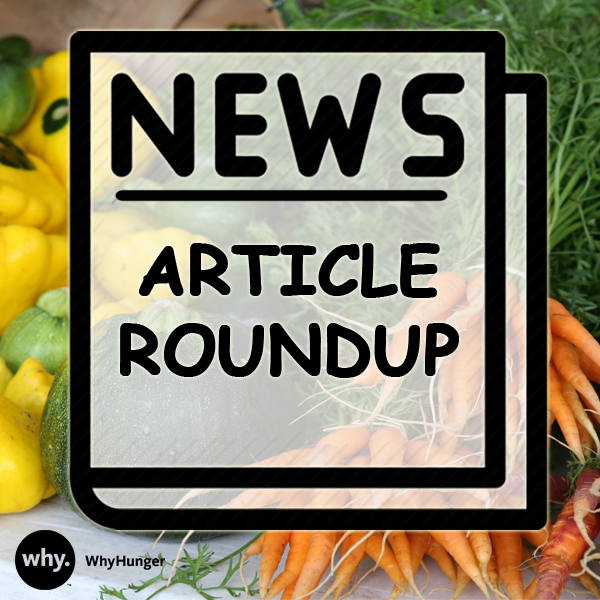 Below are the latest picks:

1. The Conversation: Why the war on poverty in the U.S. isn’t over, in 4 charts

While the U.S. government’s declaration that poverty in our country is no longer an issue, data proves otherwise. Poverty is a complex issue that persists in the U.S. today.

Vacant lots are a common part of the urban landscape, especially in low-income neighborhoods, but they don’t have to be. Recent research found that access to green space like community gardens or parks can reduce symptoms of depression for people who live near them.

After almost 4 years of legislative battles, 21 young environmental justice advocates gained a big victory on Capitol Hill. The group is now able to continue suing the federal government for failing to properly address the climate crisis.

5. NPR: For Many College Students, Hunger ‘Makes It Hard to Focus’

Despite a plethora of dining options on many college campuses, a large number of students faced with rising costs for tuition, room and board and stagnate financial aid are going hungry. Learn how colleges and fellow students are creating solutions.

6. The New Yorker: A Sociologist Examines The “White Fragility” That Prevents White Americans From Confronting Racism

Frequently confronted by white people’s inability to productively discuss racism or admit their own bias in the diversity-training workshops that she leads, Robin DiAngelo dedicated her new book to this very phenomenon.

Climate change is not only a threat to the environment and human health; it poses a major danger to cultural practices. For the Gullah people living on the east coast of the United States, this means finding ways to preserve their culinary traditions.

SNAP is intended to supplement other food sources; however, it has become the sole source of sustenance in millions of households. What’s more is that many families on SNAP have trouble affording healthy and nutritious food or lack the time or resources it takes to prepare it.