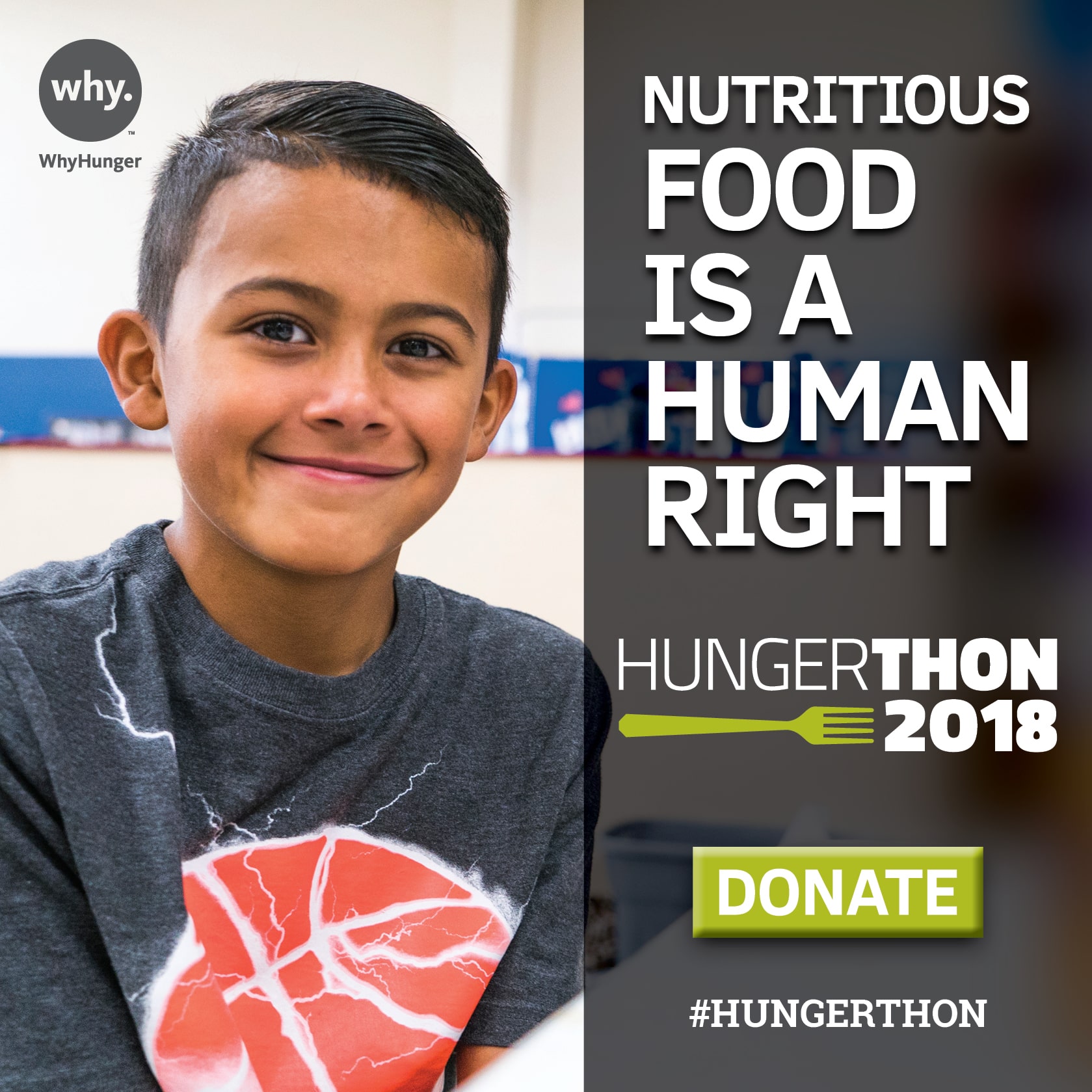 Recent hunger stats show that 40 million Americans, including more than 12 million children don’t know where their next meal is coming from. Far too many people, many of them working, struggle to put food on the table and meet their basic needs. Everyone has a right to nutritious food.

That’s why for the 33rd year, we’ve just launched our annual Hungerthon campaign. We don’t want to just alleviate hunger in America, we want to end it – and together, we can. Funds raised during Hungerthon are invested in real, community-led solutions that fight hunger at its root causes. In partnership with grassroots organizations around the country, we work to address systemic injustice and advocate for solutions such as a living wage; solutions to hunger that will transform and last.

“Our mission at WhyHunger is to ensure that access to nutritious food is not only a reality, but a right for the 40 million Americans struggling to meet that basic need,” said Noreen Springstead, executive director, WhyHunger. “We’re working on meaningful and sustainable solutions to end poverty and hunger. The funds raised through Hungerthon are crucial to strengthening our efforts. Thank you to our partners, ambassadors and supporters for once again coming together for this time-honored tradition.”

Join the movement and Hungerthon community – radio personalities, listeners, celebrity ambassadors and fans – in taking action to create a future free from hunger for all.

“Hunger in a world of wealth and plenty is a crime,” said singer, songwriter and WhyHunger ambassador Tom Morello. “Hunger is a solvable problem. Hungerthon is a great way to become part of the movement and invest in the societal shift we so need to address the issues of hunger and poverty.”

Here’s how you can do your part to fight hunger:

– Broadway Show Tickets to Kinky Boots, Phantom of the Opera, and Chicago

Additional Hungerthon auction items and events will be announced soon. Visit Hungerthon.org for updates and thank you for making a difference and supporting this important campaign!