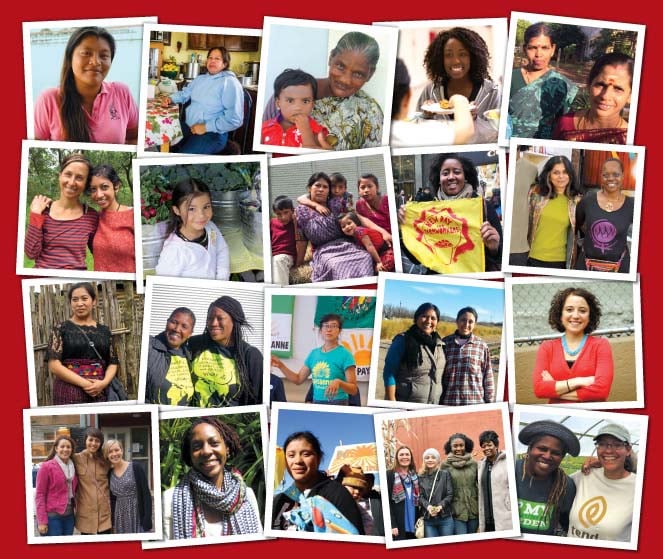 In 2009, the United Nations General Assembly began celebrating World Humanitarian Day on August 19th, commemorating the anniversary of the 2003 Canal Hotel Bombing in Baghdad, Iraq. The explosion left the UN headquarters of Iraq in shambles and 22 people lost their lives, including the Special Representative of the Security General to Iraq, Sergio Vieira de Mello. World Humanitarian Day recognizes the plight of civilians who are caught up in conflict and struggle around the world and honors both those who are currently providing humanitarian assistance and those who’ve lost their lives in the cause of duty.

Each year, a different theme is chosen to celebrate World Humanitarian Day. This year’s campaign concentrates on #WomenHumanitarians. The hashtag will highlight and spread awareness to uplift the stories of female unsung heroes who are working on the frontlines in their own communities to ensure security and safety.

WhyHunger acknowledges the humanitarian work of farmers, advocates, community leaders and organizers, everyday in their own communities, partnering directly with grassroot organizations and social movements working to collectively effect change at the local, national and international level. In a world where many people face  “no other option but to consume cheap and unhealthy food” (Kathia Ramirez, 2017), WhyHunger believes that nutritious food is a human right and that everyone deserves to live lives of dignity, free from hunger. When we look at ensuring the right to nutritious food, its critical to examine the agriculture practices impacting the quality of food grown, the environment and the ones who grow the food, farmers and farmworkers themselves.

Women make up half of all farmers globally, producing more than half the world’s food, according to the WorldWatch Institute. Like many humanitarians, women are disproportionately affected by hunger and battle inhospitable conditions – from pesticide and chemical exposure, to sexual assault and unequal pay – as they produce food despite the risks to their health and well-being. WhyHungers’ publications “Through Her Eyes: The Struggle for Food Sovereignty” and “Agroecology: Putting Food Sovereignty into Action”  amplify the voices of women humanitarians around the world from New Jersey and Puerto Rico to Mozambique, who are fighting for food sovereignty and developing sustainable communities that benefit all. The women share their sentiments and stories of their experiences on agrochemicals, fishing practices, food stamps, GMOs, farmworkers and more.

This World Humanitarian Day we lift up their stories:

In “Agrochemicals are Poisoning Our Lives”, former farmworkers Yesica Ramirez and Elvira Carvajal, now organizers with the Farmworker Association Of Florida, discuss their shared reality of  serious health and reproductive issues after chemical and pesticide exposure in the fields, and how that experience drives them to organize and advocate for change.  Elvira’s shares, “Personally, when I worked in the fields, I lost a baby at six months. Afterwards I was informed that it was because of the chemicals I was exposed to daily at work.” Yesica explains that she gave birth to a baby girl with many health problems after pesticide exposure at work, “she had an underdeveloped skull, sleep apnea, and eczema.” She explains, “I was working in a (plant) nursery mixing chemicals while pregnant. All I did was cover my mouth when I mixed the chemicals because instinctively I was afraid to breathe it in. They did not provide us gloves and did not provide us any face masks — nothing to protect ourselves.” Read more: “Through Her Eyes: The Struggle for Food Sovereignty”

In “Fight against the Green Revolution,” Sheelu Francis, president of the Tamil Nadu Women’s Collective (TNWC) in India, which is a member of the global social movement World March of Women has worked with families who have health problems, including cancer and tumors, because of the food that was produced through chemical fertilizers and pesticides. She explained the vital role that women play in preserving the impacts of climate change through saving traditional seeds. “What agroecology means is that we are free from chemical fertilizers and pesticides and growing many crops together…”. Preserving traditional systems to remove industrial methods that harm people and the quality of food, agroecology allows nobility to the producers of food and the land that it comes from. Read More: “Agroecology: Putting Food Sovereignty into Action”

This World Humanitarian Day, WhyHunger honors and recognizes women humanitarians from all over the world for their daily sacrifices and commitment to the struggle, especially those working to ensure the right to nutritious food in their own communities.

Rawdah Rahim is a 2019 summer intern at WhyHunger. Rawdah will be starting her sophomore year at Queens College this fall, concentrating her studies toward psychology and political science.