Earlier this week, the 15th annual WhyHunger Chapin Awards, “Hope to End Hunger,” took place at the Hard Rock Cafe in Times Square, New York. The event was a celebration of those making a difference in the fight against hunger and poverty and honored Jeffrey Gural, chairman of the real estate firm Newmark Grubb Knight Frank, who has provided a home for WhyHunger for the past 22 years and is involved in many charities and community organizations like the Food Bank for NYC and the “I Have a Dream” Foundation. The ASCAP Harry Chapin Humanitarian Award went to The Fab Faux, a Beatles tribute band that has been involved with the WhyHunger Hungerthon for years, and their work with charitable organizations includes Lennon and Ono’s Spirit Foundations and George & Olivia Harrison’s Material World Foundation. Artists Against Hunger and Poverty members Martha Redbone and Blurred Vision performed at the event. See “Fab Faux Honored at 15th WhyHunger Chapin Awards” on The Examiner for more details on the performances. 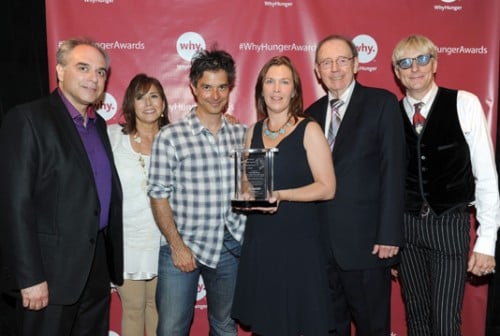 An on-site farm was built by the youth volunteers at EcoStation:NY, a Brooklyn-based urban agriculture project. The farm included some of the herbs, vegetables and flowers found at EcoStation:NY’s Bushwick Campus Farm, a living classroom located on the grounds of the four high schools of Bushwick Campus. Three of EcoStation:NY’s student volunteers spoke on the power of urban agriculture; Benia Darius said, “The true beauty of farming in New York City is the ability to take back control of our food system.” Another student, Kristina Erksine, said, “Everyone should care about where their food comes from, because you become both the food and the ideas that you consume.” 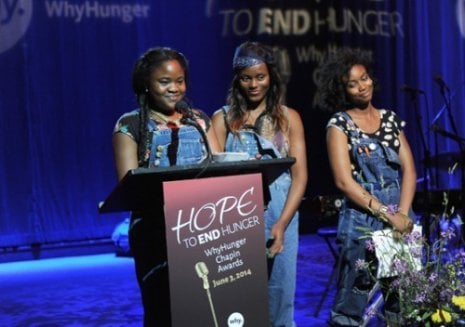 Youth from WhyHunger partners EcoStation:NY in Brooklyn give a special keynote address at the 2014 WhyHunger Chapin Awards, “Hope to End Hunger,” at Hard Rock Cafe New York in Times Square. A farm constructed by EcoStation:NY was a feature at the event. From left to right: Iyeshima Harris, Benia Darius, Kristina Erksine 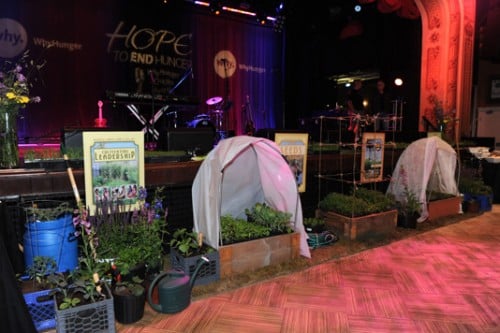 The program was inspiring and empowering. As WhyHunger Executive Director Bill Ayres said in his keynote presentation, “We’re not just feeding children, but we’re changing the way agriculture is done in the United States and around the world for economic and racial justice.” The WhyHunger Chapin Awards auction was also on display, included a guitar signed by Blondie and tickets to The Daily Show. Auction items will be up on CharityBuzz for only a couple more weeks, so make your bid today! 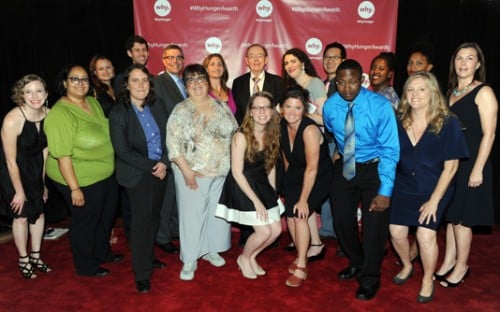 Thank you from the WhyHunger staff to everyone who helped make this year’s WhyHunger Chapin Awards Dinner a success! 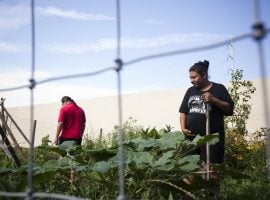