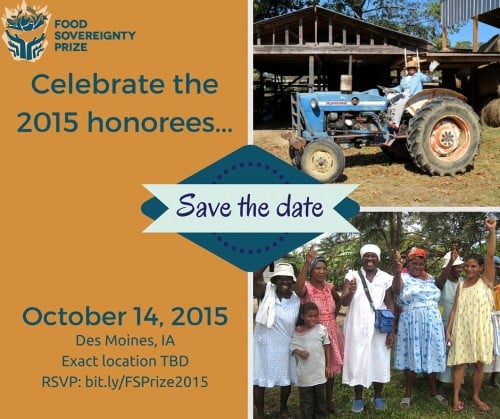 There is a certain mindset which says that science and technology have all the answers, swooping in from above to solve every agricultural problem that is preventing us from feeding the world, especially in the face of an ever expanding population, climate change and global warming. They will solve the growing problem of hunger and starvation throughout the world with a series of tech-fixes that will save millions of lives. Trust us they say. We are the smart people and we are here to help you, just do as we say.

This top down series of tech- fixes has been the dominant method of development for decades. Science and technology experts know what to do and all that “poor” farmers need to do is follow their lead. Many of these experts are well meaning and dedicated. Many others are just out to make a buck, or more likely a fortune. And their top-down, technological, agribusiness-led development approach is neither feeding the planet, nor befitting communities or the environment.

There is another way. It starts from the bottom up, listening to the needs of small farmers all over the world but also listening to what they already know, what resources they already have and then how they can be better organized to make the most with what they know and can learn.

Agroecology is spreading through farmer-to-farmer and community-to-community dialogues and learning exchanges. It relies on the knowledge and experiences of millions of small and medium sized farmers who grow food and take care of the land. It is a continuing dialogue of learning and practicing agriculture. More than that, it is an empowering way of life that brings together whole communities of varying sizes as well as ethnic and religious backgrounds. It empowers women in ways that have changed centuries of gender bias and exclusion.

Agroecology is the backbone of a larger movement known as Food Sovereignty that supports the democratic control of food systems and the right of all people to grow, consume and sell healthy foods of their choice For example, it resists governments and agri-businesses forcing farmers to grow rice in parts of India that have traditionally grown millet or forcing farmers off their land through illegal deals between corrupt governments and ranchers or mono crop conglomerates that result in “land grabs.”

The 2015 Food Sovereignty Prize is honoring two peoples organizations dedicated to making change and bringing justice from the grassroots in the bottom-up approach, despite fighting against the dominant development model that was destroying their communities. 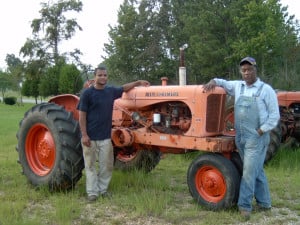 The Federation of Southern Cooperatives has worked since 1967 in 16 States in the U.S. to keep lands in the hands of family farmers, in this case primarily, but not exclusively, black farmers. Black farmers have withstood decades of discriminatory and racist practices by the US Department of Agriculture, which finally settled for billions of dollars with farmers and their families who were forced off their land. Today, only .4% of farmland in the U.S. is operated by black farmers; over 98% is operated by whites.

To deal with the threats to farming families posed by the government, the Federation promotes land-based agricultural cooperatives, where it provides trainings in a variety of skills and helps farmers survive and stay on the land, especially through fights for justice in local courthouses, state legislatures and in the halls of Congress.