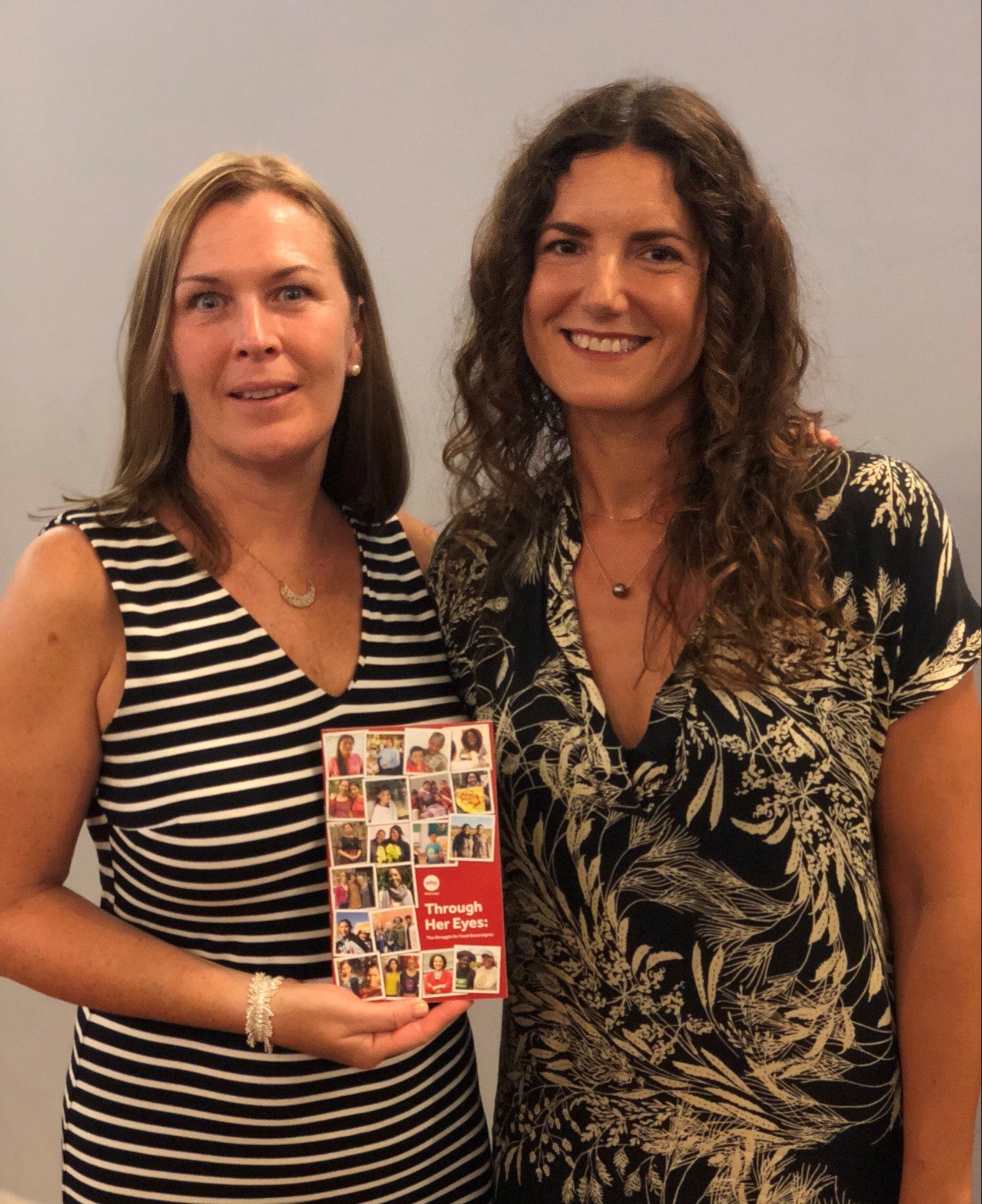 There are traces of 38 different pesticides in the body of Malia Kahale’inia Chun’s youngest daughter.

It wasn’t until after Chun, a single mother, and her daughters moved to the western island of Hawai’i called Kauaʻi that she discovered her new neighbors were chemical test sites; the corn fields that surround her home were being sprayed with toxic chemicals while she and her family slept.  Shortly after their move, Chun’s daughters became sick.

In an effort to better understand the effects of pesticide use on human health, an investigative journalist sponsored the testing of a single strand of Chun’s daughter’s hair in Germany. While the number of pesticides found in Chun’s daughter is a testament to the prevalence of pesticide exposure, the harmful consequences can be inferred by simply looking at some of the children of Kaua’i: local doctors estimate that the rate of birth defects on the island is 10 times that of the national average.

In June, the governor of Hawai’i signed into law a statewide ban on the use of a commonly-used pesticide called chlorpyfiros. While this first-of-its-kind legislation bans a single pesticide in a single state, it is a nod to the effectiveness of a movement that ignited thousands of people living in the middle of the Pacific. To learn more about this unique ban and ongoing struggle, on July 11 I attended Pesticides in Paradise in New York City, an event centered on the history of the anti-pesticide movement in Hawai’i.

I quickly learned that the exploitation of Hawai’ian land and people isn’t anything new; the colonization of Hawai’i in 1835 created monocrop plantations and displaced native Hawai’ians. Once the plantations closed, companies from all over the world claimed the abandoned plantation plots and relabeled them as pesticide testing sites. These companies would go on to test dangerous chemicals in Hawai’i—many of which were banned in their home country. Unlike the corporations encroaching on their land and health, local Hawai’ian residents do not harbor this same mobility; they cannot simply pack up and start a new life when the circumstances at home do not suit their needs.

Anna Lappé, a food justice author and educator, told the Pesticides in Paradise attendees that “the Hawai’ian islands have become ground zero for the development and growing of genetically modified seeds and the very toxic pesticides that are used alongside them.” The corporate players behind this exploitation stood without opposing counteraction for years however. Hawai’ian residents maintained what Chun called the “plantation mentality”– submission derived from fear tactics used by powerful plantations and then powerful pesticide companies.

At the event, a screen displayed the image of a green rectangle surrounded by blotchy brown spots. Pointing to the patch of green, Anne Frederick, the Executive Director of the Hawai’i Alliance for Progressive Action (HAPA) told us that “this is Malia’s neighborhood…sandwiched between two test fields.” HAPA is a statewide organization whose mission is to catalyze community empowerment and systemic change ahead of corporate profit.  HAPA has been working with a coalition of partners to pressure lawmakers to take action around pesticide usage. Frederick noted that “the middle school directly abuts the Syngenta test fields.” In Malia’s community, children play and grow surrounded by chemicals that are quietly harming them.

In 2012, thousands of Hawai’ians had enough, so they took to the streets.

Communities called upon their legislators to enact a local ordinance for mandatory disclosure reports, buffer zones around schools and other sensitive areas, along with environmental and health impact studies. After legal, grassroots and community-backed action the bill passed, but then biochemical companies sued these counties for the right to nondisclosure. The 9th Court of Appeals overturned the ordinance citing state law preempting county law.

But this defeat didn’t extinguish the movement that demanded accountability at a local level. Instead, even more people like Chun and Frederick generated momentum to gain traction for their bill at the state level. After rallies, marches, thousands of letters and calls to representatives and meetings with politicians, Hawai’i became the first state in the nation to ban the use of chlorpyfiros.

The audience at Pesticides in Paradise was quick to applaud this historic juncture. Frederick celebrated this victory, but stressed the need for continuously building “people power”. Chun believes that advocating on behalf of her community is her kuliana, her responsibility. Her actions are underpinned by the principle that “the things we do today will inevitably impact the future”.

While concrete legislation is certainly encouraging proof of people power, it is also a demonstration of the realities of organizing: legislation requires a long process of repeated pressure and push back. While companies are now forbidden from spraying chlorpyfiros in Hawai’i, they still have the legal authority to continue to use a host of other chemicals.

The anti-pesticide movement in Hawai’i reveals the essential mindset that social justice movements require: perseverance. Not only did activists and community members like Chun remain focused on their unwavering goal to enact the ban, but future leaders will need to continue this fight. The burden of this mission cannot fall heavy on local Hawai’ians alone, however. While we might not find chemicals in our backyards unlike Chun and her daughters, we all share kuliana, a responsibility to both our fellow humans and to the planet.

Chun encouraged Pesticides in Paradise attendees to be conscientious consumers and to join the global movement for biochemical company transparency. Our wallets hold tremendous power, and it’s up to us with whom we stand in solidarity. Chun’s daughters didn’t magically become sick; our dollars helped support the companies that put biochemicals where their backyard should have been. In Chun’s words, “these corporations take over because we allow them to.” Conversely, our dollars have the power to help support the communities on the front lines of the resistance.

To learn more about the work of WhyHunger partners in the anti-pesticide movement in both Hawai’i and Puerto Rico, explore WhyHunger’s Through Her Eyes publication here.