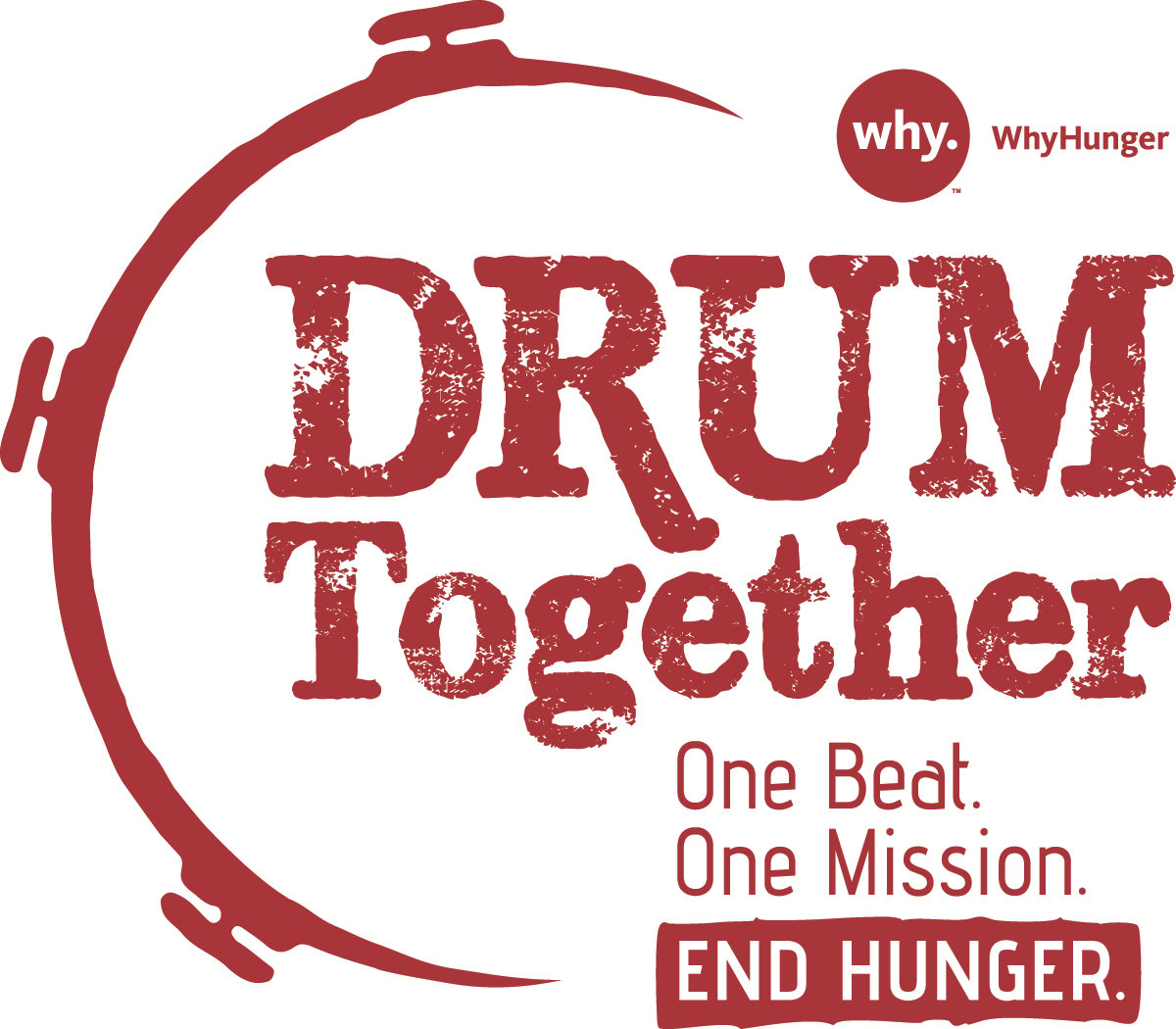 NEW YORK (October 4, 2021) – Harnessing the power of music to spark change, some of the world’s best celebrity drummers have joined forces for the first time ever, with a mission to build a just hunger-free world. WhyHunger’s Drum Together campaign released today features over 100 legendary artists including Ringo Starr, Brian Frasier-Moore, Cindy Blackman Santana, Jim Keltner, Jonathan Moffett, Matt Cameron, Max Weinberg, Steve Gadd, and 11-year-old drumming sensation Nandi Bushell for an epic musical tribute to The Beatles’ GRAMMY Award-winning song “Come Together,” in celebration of the song’s anniversary. Funds raised will support WhyHunger’s mission to end global hunger by tackling its root causes and investing in grassroots solutions to advance the human right to nutritious food for all.

“We all can agree that no kid should be hungry, and everyone should have access to nutritious food. This is a great cause that I’ve supported in the past and a great track – one of my favorite Beatles songs. So when Jim Keltner asked me to join all these other drummers I was happy to. Peace and love,” said Ringo.

“I’m thrilled to have the opportunity to help unite the world through music and to help lift up such an important cause alongside my beloved drumming community. Hunger affects far too many across the globe, and I urge everyone to join forces with us to support WhyHunger’s work to end hunger,” said Jim Keltner.

“In a society too often focused on differences, the idea for Drum Together was simple: to bring top drummers from around the world together for a common cause—ensuring everyone’s human right to food,” said Brian Resnick. “Like all efforts to make a positive impact, there is power in numbers. We are blown away by the magnitude of world-class musicians who jumped at the opportunity to contribute.”

“When it comes to impactful compositions, ‘Come Together’ is at the top of the list. It was the perfect song to galvanize this community for such a critical cause,” added Dom Famularo. “Our hope is that WhyHunger’s Drum Together becomes the soundtrack for justice as we strive with one beat and one mission to end hunger.”

The pandemic has had a dramatic impact on hunger and poverty rates across the globe, exposing just how many millions of people are struggling to make ends meet. From underlying issues of social and racial injustice to the lack of true living wages, the need for resources and investment in systemic change has been magnified.

“Since our beginning, WhyHunger has used music to drive social change. Drum Together is the epitome of our mission and roots,” said Noreen Springstead, executive director, WhyHunger. “Hunger is not a new problem, but it is solvable. COVID-19 has only exacerbated the social injustices that have long existed at the root of hunger, from racism to the lack of a living wage. This is the moment for all of us to come together to strike at the root causes of hunger and ensure the most basic human right to nutritious food for all.”

With 90 cents of every dollar raised going directly to programmatic work, funds from the campaign will fuel transformative community-led solutions across the U.S. and around the globe that advance the human right to nutritious food for all. WhyHunger’s Drum Together is made possible with the generous support from SONY and Apple Corps, and with sponsorship from Davis Polk and Cindy and Tom Secunda. Drum Together was arranged and co-produced by Randy Waldman; directed, edited and produced by Dakota Lupo and audio engineered and co-produced by Russ Miller.

Experience WhyHunger’s Drum Together and join the beat at WhyHunger.org/drum. Check out the official music video on YouTube.