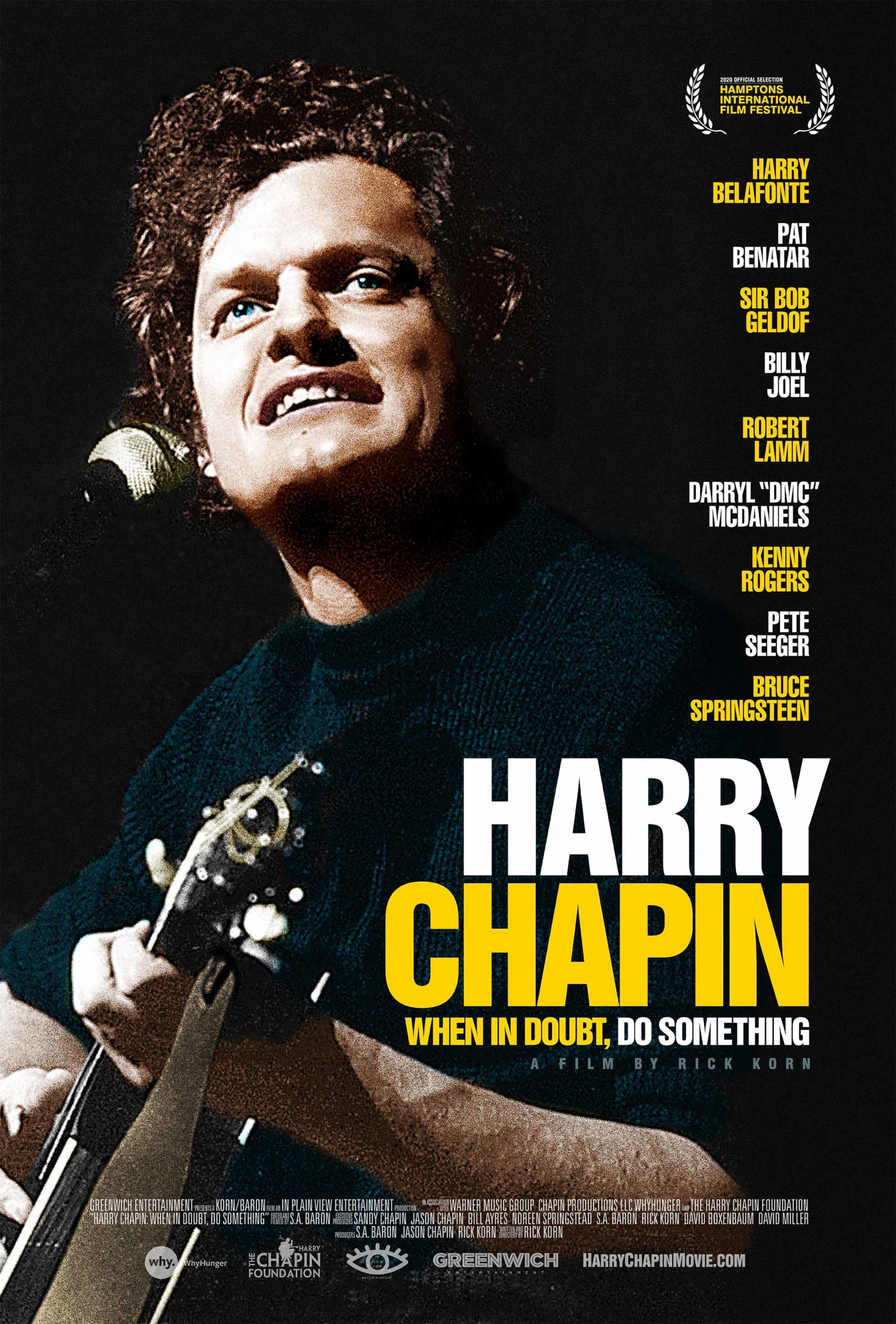 “Harry Chapin was one of the greatest storytellers of all time. He wanted to change the world. And he did.” — Ken Kragen, Harry Chapin manager

Harry Chapin: When in Doubt, Do Something, a new documentary released today, on World Food Day, captures the life story of WhyHunger co-founder, activist, and legendary folk musician Harry Chapin.

A two-time Grammy nominee and Congressional Gold Medal recipient, Harry wanted to change the world through storytelling and used his platform to support the vision he cared about the most – ending hunger and its root causes. This documentary, which the Los Angeles Times described as “an uplifting tribute to an impressive human being,” explores everything from Harry’s partnership with Bill Ayres in co-founding WhyHunger, to his impact on countless musicians, politicians and activists. The film features his hit songs “Taxi,” “Cat’s in the Cradle,” and “W.O.L.D.” and moving testimonials and interviews with artists and activists such as Billy Joel, Bruce Springsteen, Harry Belafonte, Pat Benatar, Kenny Rogers, Darryl “DMC” McDaniels, Harry’s brothers Tom and Steve Chapin, & more.

WhyHunger is a beneficiary of the film, which also features interviews with Noreen Springstead, Bill Ayres and Karen Washington. 45 years after Harry and Bill founded the organization, WhyHunger proudly continues its work following their belief that a hunger-free world is possible, and that storytelling is one of the most powerful tools to achieve food justice on a global scale. The film was produced by Korn, S.A. Baron, and Chapin’s son, Jason Chapin.

Visit Rolling Stone to see the trailer and head to harrychapinmovie.com to purchase your virtual theater tickets today! The film is also available in select local theaters.