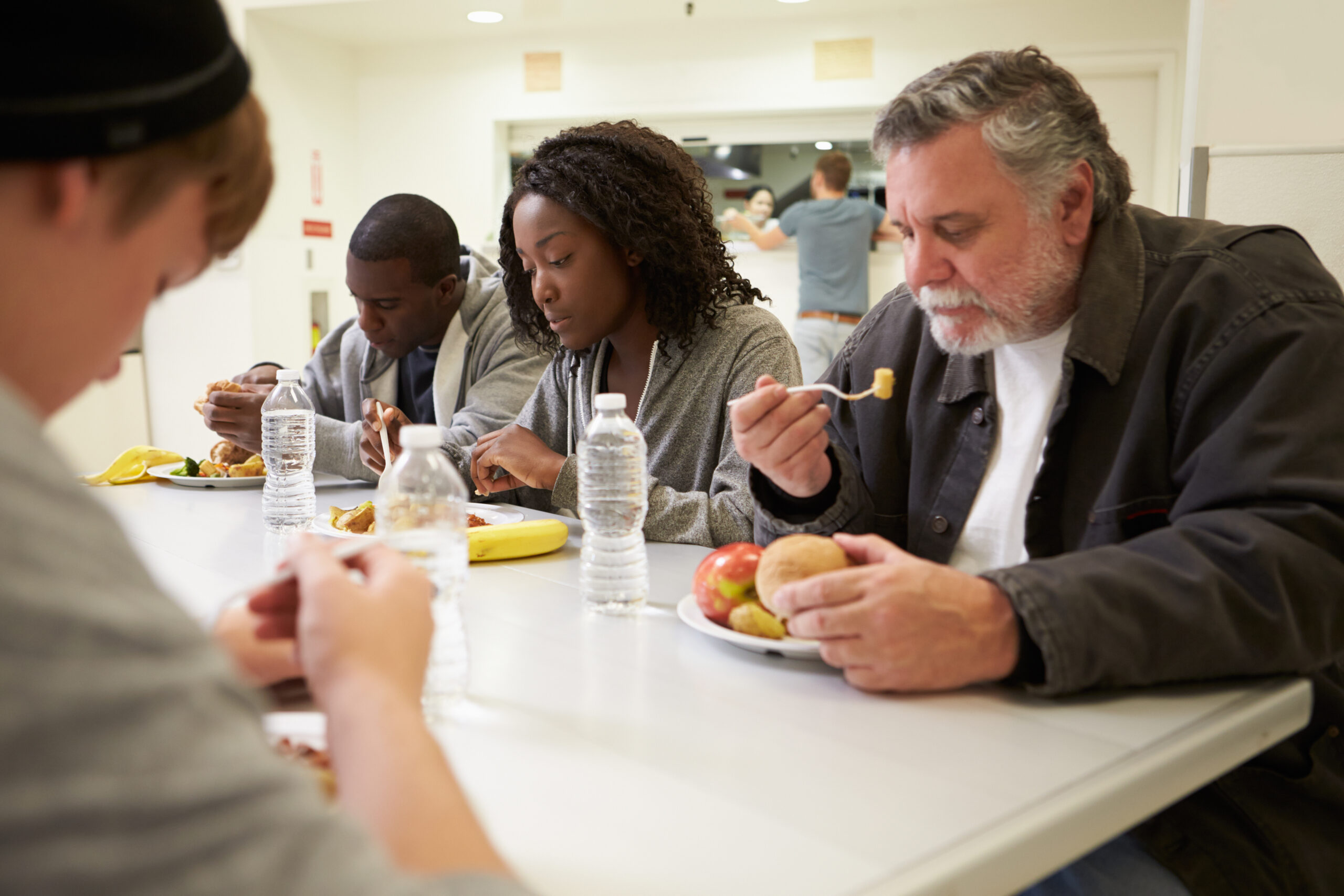 Almost a month into the government shutdown and many Americans are beginning to see what the effects could mean for the US on the whole – parks left untended, roads left unpaved, travel increasingly aggravating. However, for many furloughed federal employees, the effects are already being felt in ways — financially, spiritually, physically, and emotionally — that may linger for months or even years to come.

For many households across the nation, it may not seem like not much has changed in the short-term, but for 38 million Americans who benefit from the SNAP program (formerly food stamps), 270,000 rural families who rely on rent assistance, and the 800,000 furloughed employees going without pay, it is a critical moment to assess and respond to the immediate crisis so many of our neighbors are finding themselves in. At the same time we can’t lose sight of the structural and systemic issues, decades in the making, to which this crisis calls attention.  Most federal employees who are salaried at a GS7 level or below are not paid a living wage. They are subsisting paycheck to paycheck with little opportunity to accumulate wealth let alone weather a lengthy period without pay. As has become the normative response in the U.S., the private non-profit sector is stepping in and, with limited resources, filling the gaps left by our government in times of crisis – both the short-term emergency and the crisis that more than 40 million food-insecure Americans face every day.

Shatimah Brathwaite, a Transportation Security Officer at LaGuardia Airport in NY and a Brooklyn resident, took a moment out to share with us an in depth take on how the shutdown thus far has majorly impacted not only her, but many of her fellow employees who, by virtue of their work, are still required to report for duty despite not receiving a paycheck in weeks.

“The shutdown has greatly affected my life,” says Brathwaite. “I have been employed with TSA for almost 11 years and this is the 2nd lengthy government shutdown I’ve experienced and by far the worse. Unfortunately, many of my coworkers as well as myself live paycheck to paycheck. For a lot of us there is no room in our budgets to save significant amounts of money for rainy days such as these. Fortunately, I do not have children depending on me to make ends meet but many of my coworkers that do are beyond struggling. Without any money coming in, everyone is exhausting whatever small savings they may have had. We’re facing evictions, repossessions, and [more].”

Brathwaite goes on to share the emotional effects she and her colleagues have undergone: “Emotionally we feel defeated and angry. TSA is already one of the least if not the least protected and least respected government [agencies]. We’re under appreciated, paid the least, disrespected by the public we serve and the media daily. We are the first line of defense for the safety of the traveling public, ensuring millions of people are able to travel freely and safely every single day. We’re considered ‘essential staff’ so we are required to still come in and do our jobs with a smile while our lives are basically in shambles due to this political crisis. We’re inundated by the turmoil this shutdown is causing in our personal lives and yet we are doing our best to come to work and focus on our duties. Admittedly, the travelers have been nicer lately due to knowledge of the shutdown but their ‘Thanks for coming to work today’ isn’t going to pay our bills and put food on our tables. Our way of life is changed and it’s only the first month… Who knows how long this will last?”

Brathwaite further paints the picture of how the stress of the shutdown compounds quickly, stating: “We have to put our pride aside and stand in lines for groceries from food pantries, apply for government assistance (which we will have to pay back ifwe’re even approved), ask for help from friends and family. It’s a lot. Our friends and family can only do so much before they’re stretched too thin. We’re becoming a burden to others. I care for my grandmother who’s on a fixed income; what happens when next month comes and I can’t help with her copays and pay for her medicine, which keeps her alive? What happens if any one of us becomes ill and our insurance premiums aren’t being paid? I won’t be able to pay for therapy next week, what about my mental health? My best friend works for another government agency, Customs and Border Protection, and she isn’t being paid either. She’s already had to cancel surgery for her dog because she can’t afford to pay for it. She shouldn’t have to choose between her dog’s life and her mortgage for the month. It just doesn’t end! Some people can’t even lean on their significant others because they’re also federal employees.”

In candid exclamation, Brathwaite shares her reflection of the harsh reality being faced. “This shutdown is a slap in the face! We’re not pawns in some silly game, this is real life. You think getting a government job is secure; people have dedicated decades of their lives to these agencies and this is how they repay us. Some people have been forced to resign and seek employment elsewhere. Everyone isn’t understanding of what we’re going through; some creditors have been lenient, others not so much. Another friend who works for the DEA [Drug Enforcement Agency] is also unpaid at this time [and] by next month her son will be put out of his private school if she’s unable to pay; they want their tuition on time. Landlords need their mortgages paid on time. Honda wants my [car] note paid on time. I can go on and on but I think you get it; this shutdown needs to end.” 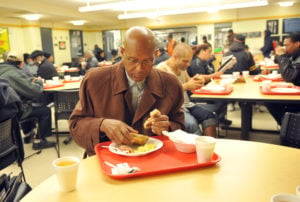 For many, this is only the beginning. Not only have federal workers been gravely affected by this national crisis, but SNAP recipients as well will feel the effects as the shutdown progresses. Across the country, SNAP is distributed at varying times throughout the month and, as of now, February SNAP benefit distribution has taken place, leaving March distribution hanging in the balance. Even if the shutdown were to end today, many recipients won’t see their next distribution for at least 40 days, with states like Florida – who regularly receive benefits at the end of the month – experiencing an even longer wait time, approximately 60 days or longer.

So what can be done? Currently food banks across the U.S. have been stepping in to provide as much support as they can to impacted, furloughed workers, though they are being inundated to a high degree. According to Radha Muthiah, CEO of the Capital Area Food Bank in Washington D.C. who participated in a donor briefing last week on the impacts of the federal government shutdown: “[The Capital Area Food Bank] is in danger of a shortage of food. We are looking at needing to provide an additional 600,000 meals per month.  That’s an additional $300,000 we need to meet this 20% increase.  And this doesn’t even get to the issue of those whose SNAP payments will be delayed.   We are extremely concerned about what will happen between February 15thand the end of March.  Most folks in D.C. got their benefits mid-January for February.  So, they may not see additional SNAP benefits until March 10.”

Supporting food banks wherever and however possible with donations is critical in the short-term. For local free food options, WhyHunger has a dedicated database and emergency hotline that has been seeing an influx of calls for support from furloughed workers and is available Monday through Friday (1-800-5HUNGRY or text your zip code to 1-800-548-6479). Being of support to family and friends who are affected, reaching out to representatives and elected officials – like your Senator or House representative by calling the Capitol switchboard at (202) 224-3121 – can also be ways to support those most impacted and take a stand against the injustice of the government shutdown.

“What I want people to understand is even if you think you aren’t, you ARE directly impacted by the shutdown,” Brathwaite states in closing. “Sooner than later it will get real personal for you. It’s a domino effect. One issue is trickling down to another issue. The nations problems are compounding day by day. It’s not just about notreceiving a weekly or biweekly paycheck. A lot of things are government funded. Just think of yourself facing just one of the scenarios; put yourselves in our shoes. If you can, lend a helping hand, check on your friends and family who work for the government, stand up to the powers that be, contact your congressmen [sic], senators, etc. Demand change!”