For Father’s Day we profiled a couple of our favorite guys, WhyHunger’s own (and new dad) Tristan Quinn-Thibodeau and SiriusXM’s Pete Dominick, host of “Stand Up! with Pete Dominick” about how being a father has changed the way they view the world and influenced how they fight for change and against an unjust system. 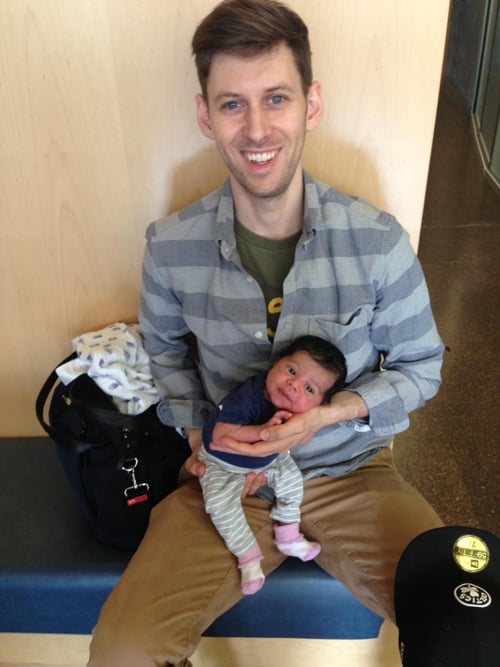 1. How has being a (new) father influenced your perspective and work in the fight for an end to hunger and social justice for all?

My daughter is only a few weeks old, but already I am realizing that she is going to grow up in a world that is marked by systematic injustice and legacies of oppression that she had no part in creating. Her utter innocence in the face of those structures and legacies is so striking, and when coupled with the thought of the millions of other innocent children born into systemic poverty and hunger, I struggle to catch my breath. So, of course, I feel a very strong responsibility to make the world better for her, and for all the children like her.

But the corollary to this realization is an understanding that we were all born innocent into a world and into a history that we did not create. We are all struggling to do our best in this world and make it a better place, yet we often forget that we came into this world hungry and were utterly dependent on the love of other people to survive and grow. I think that many people don’t really believe that we can end hunger and create social justice for all, precisely because they have forgotten that we were all once babies and survived only because of the love and selflessness of our families, friends, and communities. They don’t have faith that human beings are capable of that kind of love and concern for other people, but for me, becoming a father has shown clearly that the power of our families and our communities is the strongest force in the world.

Since I’m a really new father, I’m not sure how much insight I have on involving youth, but I will say that what has already struck me is that my daughter is her own person, with her own experiences, her own needs, and her own desires. As I see it, the key for me as her dad is to make sure she has the resources and the support she needs to throw herself into her passions and her plans for her life in this world.

So, if we are talking about getting kids involved in the movement for a better food system, we need to make sure that the kids who are hurt the most by the food system – the kids who don’t have access to or can’t afford good food at home or at school, the kids who can’t stay in their small, family farms, and the kids whose cultural food and farming traditions are being destroyed by globalization and processed food – have the support and the resources they need to change that system in ways that work for them. We need to give young people the resources to determine for themselves how they want to make their impact on the world.

My own experience as a young person was that while older people said they wanted to hear my input, in reality they weren’t interested in my perspective at all. And even though I went to a great school, my school wasn’t designed for me to think critically, take leadership of my own life, and make changes in society. It was designed for me to fit into society. But change is natural to young people, because everything is new to them, so if you want to make social change, you have to start with youth. Their own experiences and their own knowledge, coupled with support and the freedom to express and organize themselves, is all they need to make a huge impact and put forward solutions and ideas that really work. The biggest challenge for adults is to actually listen and respect the perspectives and wisdom of our kids.

We don’t have a favorite family meal yet (though if breastmilk counts, it is definitely our daughter’s one and only favorite food), but I will say that throughout the first few weeks of our daughter’s life, friends and family have brought us home-cooked meals so that we can all spend as much time together as possible. Those meals have meant so much to us, not only because they save us time and money, but also because we know that our community is involved in our daughter’s life. Sharing meals with friends is the kind of simple gesture that reflects the kind of world we want to live in, where people share their food and make sure that everyone is nourished and cared for. 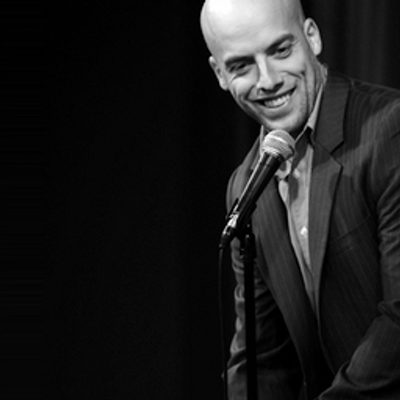 1. How has being a father influenced your perspective and work to fight for an end to hunger and social justice for all?

I won the lottery. I was born a white and male in the United States in America. There can be no doubt that gave me a huge head start. My daughters won a similar lottery. They were born white to 2 parents with college degrees in the US. I don’t have guilt about that but we should recognize our privilege. The guilt comes if I don’t do anything to help those who didn’t win the same game of chance. It’s the responsibility of those who win life lottery to help those who didn’t.

We can all do something. I’ve chosen to do my best to understand the root of the problems we face in overcoming poverty and advocating as much as I can to apply the solutions we know work.

One of the best things we can do for young people is educate them on where food comes from. It doesn’t come in a box or off a shelf in the store. Programs like Harlem Grown inspire youth to live healthy and ambitious lives through mentorship and hands-on education in urban farming, sustainability, and nutrition.

My wife is first generation Sicilian so eating well is a priority! We are mostly vegetarian so we come up with all kinds of salad ideas. We buy olive oil by the barrel.