As you may have heard, the Food and Farm Bill is on the move again, as Congress attempts to pass the legislation before the one-year extension of the bill expires on September 30. The latest maneuvers are almost unprecedented in the history of the Food and Farm Bill as we know it: the House of Representatives has passed a new version of the bill without the entire nutrition title, which includes all of the funding for SNAP (formerly food stamps). 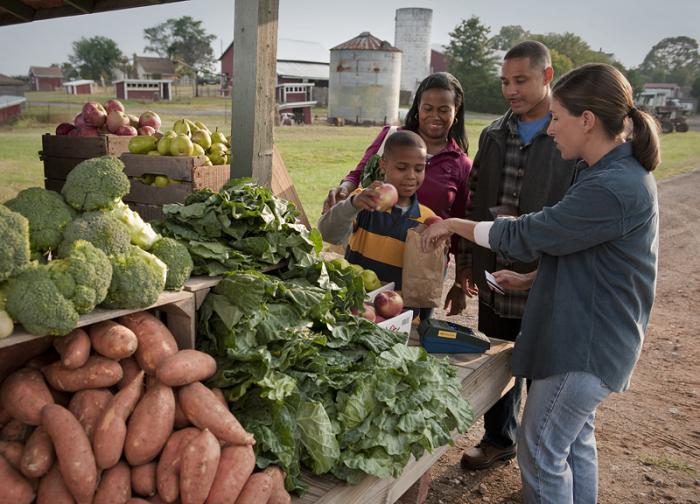 Nutrition assistance programs have historically been a part of the Food and Farm Bill as a way to tie the interests of rural farmers with the interests of the urban poor, creating a diverse coalition of rural and urban legislators to work together on the bill.

Separating nutrition programs from the rest of the bill leaves them dangerously in limbo, at risk of being further subject to changes in the political winds. Additionally, the House-passed bill makes significant changes to the commodity subsidy program. Currently, the program is revisited and modified every four to six years with the reauthorization of the whole Food and Farm Bill; the changes in this version would make 2013 version of the subsidies into permanent law, so that the broken system of commodity supports would never have to be revisited–while critical programs for conservation, rural development, renewable energy, community food security and others would be at risk of being eliminated in every new bill.

Along with almost 270 other organizations from across the country, WhyHunger has signed onto a statement calling on Congress to pass a full and fair Food and Farm Bill without delay. The statement says, in part:

A full and fair Farm Bill must include farm, food and nutrition, conservation and rural economic development programs and commodity and crop insurance reforms. It must also provide renewed and enhanced funding for the now stranded but critical subset of programs that assist the most chronically under-served segments of agriculture and our rural and urban communities. The House and Senate should immediately appoint conferees to work in an open and urgent fashion toward adopting a final full and fair Farm Bill this summer.

Tell your Members of Congress you want a full and fair Farm Bill now! Send the statement to your Senators and Representatives by email, fax, or by tweeting to them. You can reach your elected officials through the Capitol switchboard at (202) 224-3121, or online at house.gov and senate.gov.

Join the Twitterstorm at #fairfarmbill and #farmbill calling for a full and fair farm bill to pass without delay.

What we’re reading to make sense of it all:

And for a look at the dire need for a different sort of Food and Farm Bill altogether in response to our rapidly changing climate, check out Our Coming Food Crisis by Gary Paul Nabhan in the New York Times, July 21, 2013.