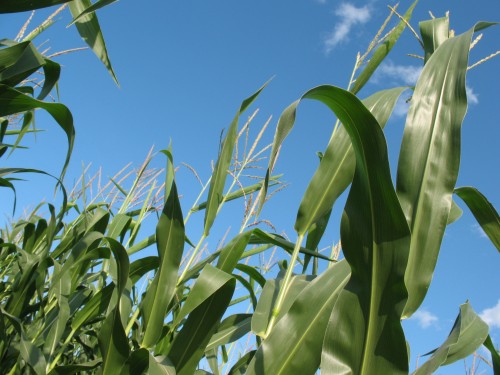 After two years and two failed attempts, Congress is on the verge of passing a new (food and) farm bill. The farm bill ultimately is a food bill, and must be concerned with truly supporting those who produce our food, those who eat it, and the land it’s produced on. While the final compromise is not quite as bad as it could’ve been, it will instead be devastating to hundreds of thousands of America’s neediest families and much better for corporations than for independent farmers, the environment or public health.

The cuts to SNAP (formerly known as food stamps) in the bill amount to $8.6 billion over 10 years, primarily by making a change in the so-called “heat and eat” provision (the Low Income Home Energy Assistance Program, or LIHEAP), which allows families to qualify for additional SNAP dollars if they receive a state subsidy for home heating. The proposed cuts will slash benefits by an average of $90 a month for 850,000 households, with much greater effects in colder northern states. 300,000 of the affected families are in New York State alone, where cuts will be in excess of $200 per month. The cuts will also disproportionately affect the elderly, many of whom are on fixed incomes.

These cuts come on the heels of a dramatic $5 billion cut to the program that began last November. The 2009 Recovery Act (better known as the stimulus bill) provided a temporary boost to SNAP benefits to help families in need through the recession. Although the boost was supposed to last through September 2014, budgetary changes instead meant that it expired in November 2013. As a result, every SNAP participant in the country had their benefits reduced; for a family of four, the cut was $36 per month.

Coming out of the recession and into the “jobless recovery,” emergency food providers—the vast network of food banks, food pantries and soup kitchens that has become a last-ditch safety net since the Reagan Administration decimated the governmental safety net in the 1980s—were already beyond capacity. The emergency food system provides people in need with $5 billion of food annually—the same amount of funding that was cut from SNAP in November. Since then, emergency food providers have, in effect, been asked to cover a governmental gap that equals their entire annual spending. November’s cuts were already larger than the system could absorb; Farm Bill cuts of an additional $8.6 billion even further erode the governmental social safety net at the time when the emergency food system is stretched beyond what it can bear. As a society, we need to reinvest in protection of the most vulnerable Americans; the private nonprofit and religious sectors cannot—and should not—pick up the slack.

For small farmers, the farm bill isn’t much better. It will eliminate the much-vilified direct subsidy payments in favor of a complicated system of crop insurance, which also includes a sizable administrative fee to the insurance companies for merely providing the service. A long-overdue cap on other subsidy payments was not included, nor was a provision that was passed twice by the Senate that would have modestly reduced insurance subsidies to millionaires. Additionally, supports for dairy farmers have been eliminated altogether; the bill’s language around alternatives is opaque, but we do know that independent dairy farmers have been in crisis for a decade due to unfair pricing structures, and the tone of this bill seems unlikely to offer them any relief. Overall, we’ve learned from our farming allies that supports like subsidies and crop insurance are merely tinkering around the edges of a profoundly broken agricultural policy that privileges big farming operations and allows small and midsize farmers to barely scrape by. The supports are all that allow many farmers to survive, but swapping out one year’s subsidy for another year’s crop insurance is not true reform.

Amidst the bad news, there are some positives in the bill—mostly at the level of a few million dollars, rather than the big items weighing in in the billions, but improvements nonetheless. There is increased funding and flexibility for beginning and minority farmers, and several excellent provisions supporting local and regional food systems. There is a small increase in aid to emergency food providers—though not nearly enough to make up for SNAP cuts. Proposals by meat and poultry processors to eliminate market and contract protections for livestock and poultry farmers and Country of Origin Labeling were rejected. Additionally, the passage of a new farm bill will allow many small and important programs to be funded again after a year where funding was interrupted by not having a farm bill in effect at all.

The farm bill began its life as a grand bargain between rural and urban legislators, pairing the traditionally rural issue of farming and the traditionally urban issue of hunger in order to build broad support for legislation affecting both farmers and eaters. Today’s farm bill instead seems to be a grand bargain between politicians and corporations—agribusiness and insurance companies will make out like bandits, at the expense of the most vulnerable Americans, our environment, rural communities and public health. We at WhyHunger commit to begin working now on taking steps to shape the next farm bill to better reflect those priorities, and call on our partners, allies and friends across multiple sectors and movements—food justice, antihunger, environmental justice and economic justice—to build a stalwart coalition of farmers and eaters working together.

With contributions from Christine Binder, Jess Powers and Alison Cohen.