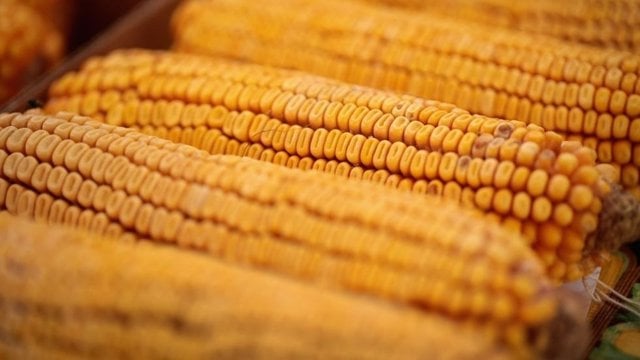 This Op-ed by Alison Cohen and Emily Mattheisen was first published by The Hill.

As the 39th session of the United Nations Human Rights Council (UNHRC) came to a close in Geneva, the U.S. government was conspicuously absent. When the U.S. pulled out of the UNHRC in late June, it was reminiscent of the petulant child in the sandbox who doesn’t want to compromise with others and goes home instead. It’s just one more reminder of the Trump Administration’s ongoing attempts to eschew multilateralism – a foreign policy to restore and maintain a peaceful world order. Whether it’s taking pot shots at Canada’s prime minister after the Group of 7 summit, or embracing dangerous foes, the current administration continues to refine its practice of not just exiting the sandbox but stepping on toes in the process – while threatening to carry the sand away, too.

For many Americans it might seem that we have little to lose by not engaging with other nation-states in defending human rights. After all, the U.S. is one of the few states that has yet to adopt any international human rights into its domestic legal structure, despite the role the U.S. government played 70 years ago in drafting and advocating for the Universal Declaration of Human Rights.

While we may not be host to a civil armed conflict leaving millions at risk of starvation or the systematic annihilation of entire populations based on how you pray, human rights are being violated on a daily basis.

The U.N. Special Rapporteur on the Right to Water and Sanitation flagged the utility cut-offs in Detroit in 2014 as a violation of the right to water. With 1 in 8 Americans struggling to put food on the table, there are countless violations of the human right to nutritious food. Our absence in this highly visible global policy making space sets a dangerous precedent, potentially undermining the human rights obligations that all states have to global citizens and turning a blind eye to the worst perpetrators of crimes against humanity.

The U.S. is sending a clear message that diplomacy is easily jettisoned in today’s world order, so the question remains: who is the U.S. accountable to?

All signs point to corporations as having undue influence on how the U.S. behaves in policy making spaces – from the Human Rights Council to the halls of Congress. This clear allegiance goes beyond the U.S. Supreme Court’s determination that corporations can claim legal personhood. It is found in less direct ways as well, for instance, in the actions of the representatives the U.S. government appoints to different negotiating spaces affiliated with the United Nations. The new shift in U.S. representation to the Rome-based UN agencies, including FAO, WFP, and IFAD, as well as the CFS, clearly indicate the direction the administration wants to take in global food security. Kip Tom, an agribusiness man recently nominated to serve as the US Ambassador to the United Nations for Food and Agriculture, has, according to recent reports from ActionAid USA, large farming operations in Indiana and Argentina. He is also one of the largest suppliers of GMO seed for Monsanto-Bayer and Dow, as well as a major producer of biofuels, in addition to his position on the board of Growth Energy, a major agrofuels trade association.

This long-standing allegiance to corporate interests, which has taken an even stronger turn in the current administration, also plays out at home in the food and agricultural sector. The USDA has become rife with conflicts of interest, as corporate actors and interests are entering the public policy sphere.

With these corporate-vetted players in place, we can be sure that core decisions that impact food security and nutrition, including the right to food, will continue to have a more explicit focus on benefits for large corporations and powerful industries, rather than the needs of those most impacted by hunger and malnutrition.

Passing off the responsibilities of its citizens to the private sector has been in play in the U.S. and has deepened over the last 30-40 years in the form of the eroding social safety net put in place to protect its most vulnerable citizens. Trump’s recent budget proposals include a 30 percent cut in the Supplemental Nutrition Assistance Program (SNAP) which will largely impact the unemployed, the elderly, and low-income working families with children, 4 million of whom will lose these benefits altogether.

Research clearly shows that hungry people are 2.9 times more susceptible to poor health, and have a higher likelihood of chronic conditions, including hepatitis, diabetes, heart disease, hypertension, and other diet-related health problems.

The annual health care costs associated with hunger are estimated to be $130.5 billion in the U.S. alone, showing that addressing food insecurity and poor nutrition is a necessary step for the health of our communities.

Even though there is a scientific link to what people eat and how they feel and function, much of the anti-hunger work in the United States remains preoccupied with quantity over quality. In terms of quantity, we are feeding more people, but the quality of life isn’t improving, and Americans are not healthier or living longer.

Charitable food programs (food banks supported by the private sector) combined with “entitlement” programs, which are still subject to the prevailing ideology in Congress, cannot accomplish the goals of ending hunger and food insecurity. There is no popularly conceived, comprehensive plan in place in the US with measurable benchmarks to assess the success or failures of the present approach.

Withdrawing from the U.N. Human Rights Council, coupled with appointing former corporate executives with a clear conflict of interest to cabinet positions, provides further clarity to the world that, as a nation, the U.S. is continuing down a path of compromising democracy.

Now is the time to follow in the footsteps of community-led organizations and social movements worldwide and build power together to demand that nation-states the world over divest from corporate influence. WhyHunger, FIAN-International, our partners, and our regional and national alliances cannot do this work alone. With policies and practices that threaten human rights unfolding at a rapid pace, we need to build power together and stand up for and with our community-based partners and social movements worldwide who are working together to build a just, hunger-free world where governments are first and foremost accountable to their citizens.

Finally, let’s demand that the United States get back into the sandbox with its toys in tow and attitudes refreshed. Human rights are standards that allow all people to live with dignity, freedom, equality, peace and justice. In principle, they are to be granted to every human being, regardless of their sex, race, nationality, religion, caste or age. However, with 41 million Americans and 821 million people worldwide experiencing food insecurityand hunger it’s clear that their right to adequate food is being denied.