One of the first things I noticed on my arrival in Colombia was the overwhelming amount of local currency I received on exchanging US dollars. One dollar equals 1,882 Colombian pesos –and those pesos go a long way. Because I carried a US passport, I did not need a visa to enter or stay in Colombia; a small privilege bought with the recent US-Colombia Free Trade Agreement. The power of the US dollar, and the privilege that comes with a US passport, never ceases to surprise me.

I had traveled to Bogota to visit WhyHunger’s partner organization, the Foundation for Art and Culture of the Pacific (FUNDARTECP). FUNDARTE is based in Bogota and run by Daira Quinones, an Afro-Colombian leader in urban agriculture and creative micro-enterprise. Daira works primarily with indigenous and Afro-Colombian women who were forcibly displaced from their homes and have moved to Bogota, where they can recover their traditions and their lives. 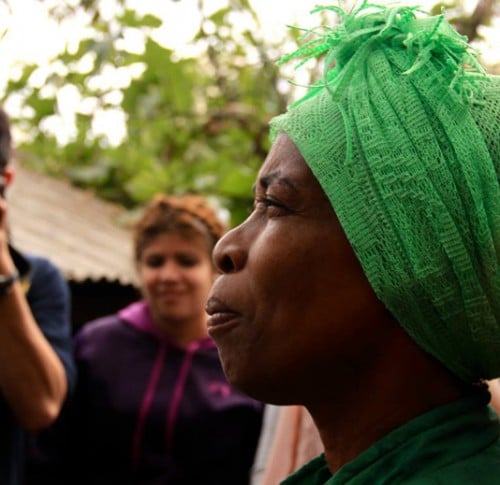 For 40 years, Colombia has been fighting a low-level civil war, especially in its rural areas. Four million people have been forcibly displaced from their land; labor activists, journalists, religious leaders, and human rights defenders have been targeted and assassinated by paramilitary groups; and violence against women, indigenous and Afro-Colombian people has been a constant. The conflict has been primarily driven by the desire to control natural resources like gold and emeralds, as well as land. With agricultural products like palm oil, coffee and opiates being extremely profitable, land values have skyrocketed. Paramilitary groups threatened smallholder landowners until they sold their land below market value, and in some cases paramilitaries have simply moved in and taken over land. Like in an old western movie, Colombia’s rural areas were – and in some places still are – ruled by fear. The US-Colombia Free Trade Agreement passed in 2011, despite widespread concern about Colombia’s terrible human rights record. According to Amnesty International, after the FTA went into effect in 2012, at least 40 human rights defenders and community leaders and 20 trade union members were killed.

Daira Quinones was herself forcibly displaced by violence and threats. She is from the town of Tumaco, in western Colombia, where she was well known as a leading defender of indigenous and Afro-Colombian human rights during some of Colombia’s worst periods of violence and land grabbing. In the late 1990s, Daira faced rising death threats for her work organizing local communities to resist threats, intimidation and force from paramilitary groups hired by large landowners. She left Tumaco for Bogota after her mother was murdered. She has continued her work, however, though she is still not able to return to Tumaco without protection.

Daira’s work has always been rooted in community agriculture, nutrition, medicine for and culture, and now she devotes her energy to preserving and fostering culture and health through urban agriculture, teaching displaced children to garden and ensuring they eat traditional foods and maintain strong ties to the land.

She is currently organizing urban agriculture projects in different neighborhoods and communities throughout the sprawling city, and she has also developed an award-winning process to make fish leather, in partnership with community groups on Colombia’s Pacific coast. Fish leather, made of fish skin, is smooth and supple, like cow leather, and women with FUNDARTE use it as accents on shoes, bags and clothes. 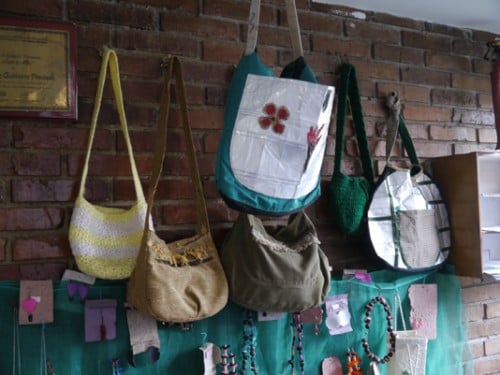 We visited three gardens that Daira has built around Bogota, and were hosted by families and community leaders who were excited to show off their gardens and their green thumbs (en espanol: las buenas manos para las plantas). Our first, most breathtaking, stop was with the Chiti-River family in the neighborhood of Pardo Rubio, a cluster of small houses recently built into the steep hillsides surrounding Bogota. Their garden, where they were growing potatoes, ground cherries, herbs, carrots, strawberries and many other treats, also had an impressive vermicomposting operation and an amazing view of the city. The Chiti family’s garden served as a model for their neighborhood and was a cause of envy from their neighbors. The Chiti sons had become so excited about gardening that they built gardens at their high school and had been invited to present at Bogota’s upcoming summit on urban agriculture.

We also visited Daira’s home, which doubles as the center for FUNDARTECP’s work. The center has a demonstration herb garden, a community center for women to make bags, clothes, and jewelry, and a community kitchen and youth feeding program. Daira’s home has space for displaced women to learn to sew and make bags, jewelry and clothes, as well as a demonstration and seed garden. During our visit, displaced indigenous women came in to cook for themselves, as Daira’s kitchen is open to her neighbors, and a neighbor who couldn’t pay for daycare brought his daughter to stay at the house for the day so he could take his other daughter to the doctor.

The communities of displaced people in Bogota have become Daira’s new community and family, and her home has become the community’s home as well. Daira’s next big project is to create a restaurant and activist space in Bogota, with a large garden and cuisine from Colombia’s pacific coast. After so many decades of fear and violence, Daira’s life and work continue to be a beacon of hope and justice. 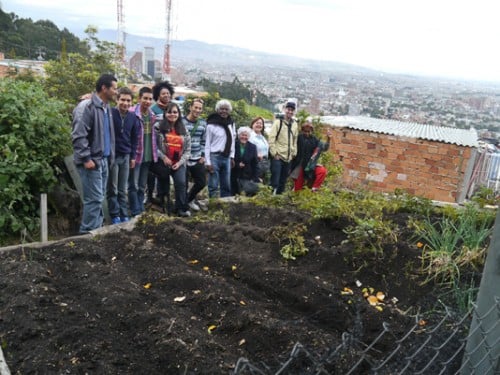