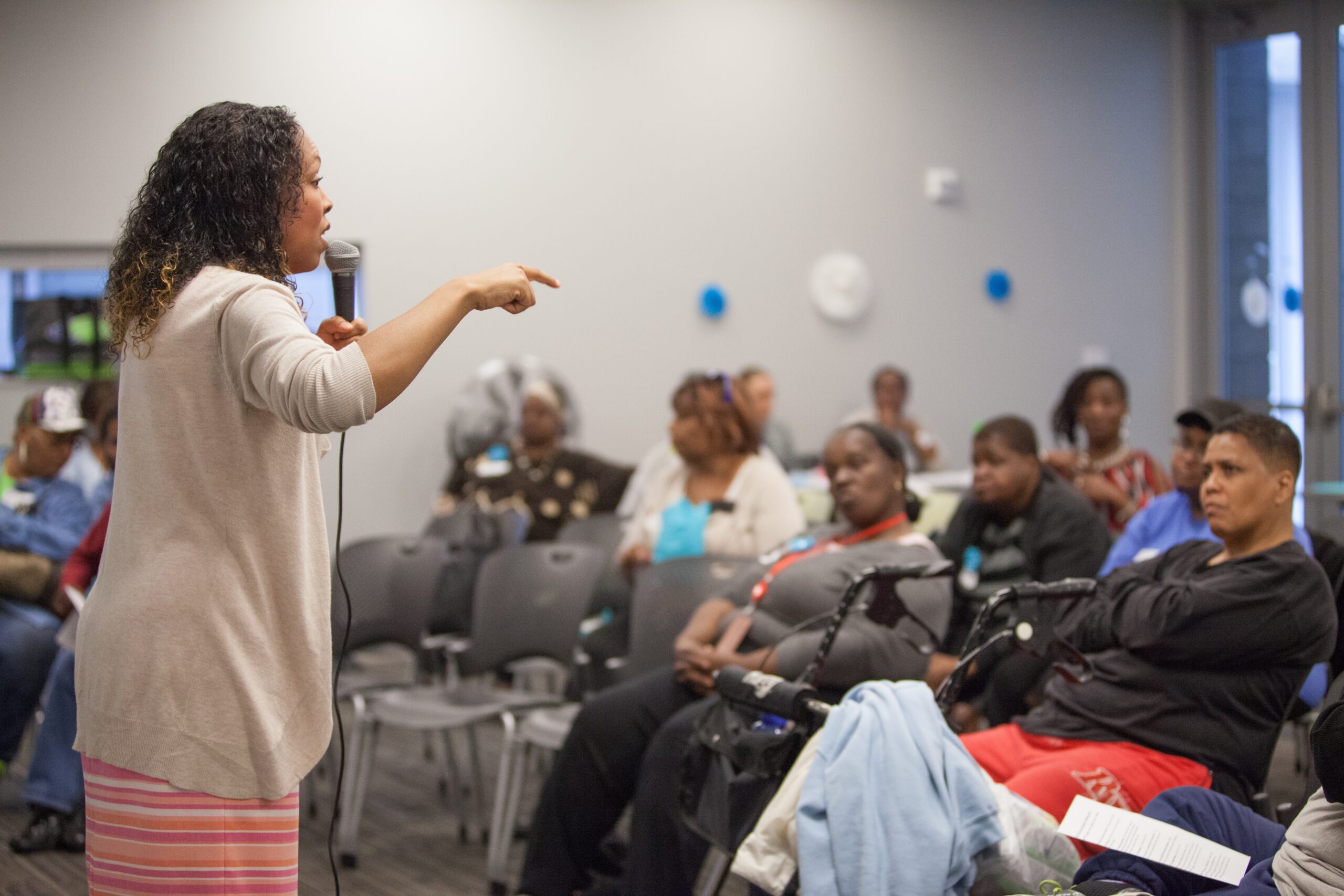 I used to think about charity the way I thought about superheroes. Charity nobly swoops in, narrowly averting the crisis, sighs a breath of relief and then it races off to battle the enemy once again. I served countless meals at soup kitchens and awaited the grand finale in which charity would defeat the enemy once and for all, only to be repeatedly disappointed by the sickening realization that people remain hungry and that charity alone could not win.

When I began interning at WhyHunger, I was unexpectedly relieved to ditch the superhero narrative and admit that charity alone is not enough. The enemies of hunger and poverty are not single villains but inequitable systems and policies. Our power to defeat them lies not in superhuman individuals but in the collaborative efforts of dedicated people and communities. Although there are times when we need charity, we must work towards justice, intentionally advocating for laws and policies that spread power, wealth, opportunities and privileges to build systemic changes that will effectively end hunger.

Modern food banks and the emergency food system arose in the late 1960s in the U.S. as a temporary response to hunger and quickly became institutionalized as the answer to poverty with over 60,500 emergency food providers operating today. Even with this massive, professionalized system and the overwhelming majority of food assistance coming from the government, 42.2 million people in the U.S. remain food insecure. By limiting our focus to food provision we ignore the processes that allow hunger to exist in the first place and ensure poverty remains a chronic problem.

Therefore, along with other emergency food organizations around the country WhyHunger is working to amplify the message that charity alone cannot solve poverty. To build the movement to end hunger and poverty WhyHunger works together with grassroots leaders and organizations to share ideas and strategies on how to change the system once and for all. We’ve gotten to know and grow relationships with many partners who are doing innovative work through opportunities such as the Closing the Hunger Gap Network and share what they do to fight hunger in publications like Rise Up! So, in this post we’re featuring four organizations from around the country, large and small, that have developed creative solutions and are working on finding the balance in the transition from charity to justice.

You’ll notice some best practices and common threads have emerged within all of these emergency food organizations. They are shifting operations and policies both externally and internally to challenge problematic power dynamics, like practicing democratic models of leadership that value grassroots organization and adjusting their language to reflect this orientation towards justice. They are modifying the services they provide to not only alleviate symptoms of poverty but empower clients and supporting clients to organize for structural changes related to food access and inequity. This push to organize for social justice is the emergency food system’s newest frontier, and increasingly more organizations, like those in this post, are finding models to advocate for lasting change. Affectionately known as “the HUB,” Mother Hubbard’s Cupboard began as a food pantry operating out of a garage that prioritized nutrition. Today, the HUB is a welcoming community organization with national influence that maintains its emphasis on respect and healthy, fresh food.

Changes to Power Dynamics and Language: The HUB’s mission statement highlights “dignity, self-sufficiency and community” and the organization proudly asserts that “access to healthy food is a basic human right.” Additionally, the HUB cultivates positive relationships by using a consensus-decision model, which involves engaging the entire community in organizational decisions and using a honor system and patron-choice pantry model that allows anyone to shop the market without needing to prove their circumstances. 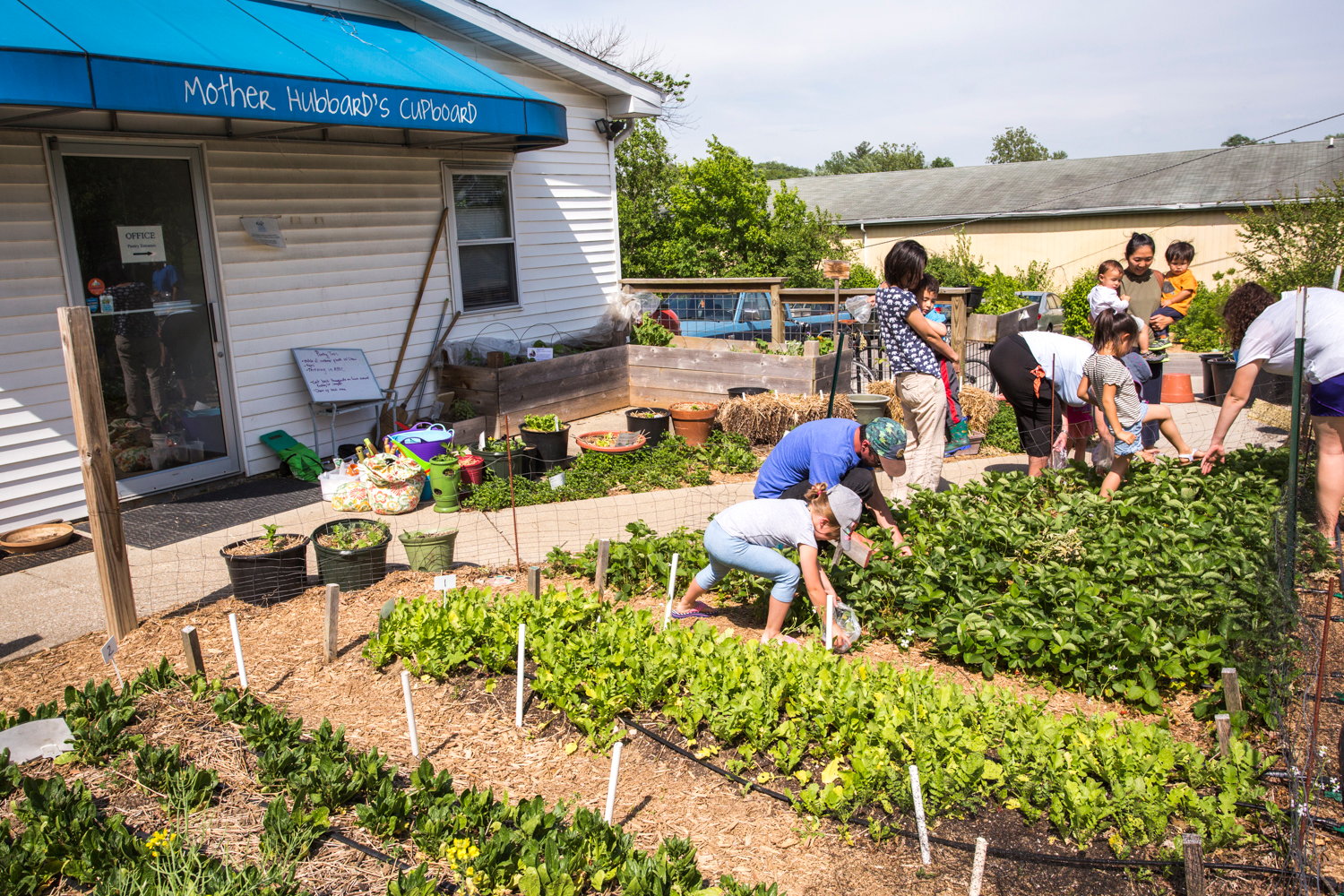 Services which Empower: The thriving demonstration garden at the HUB features weekly drop-in youth gardening activities and connects children with their food source. The community shares knowledge, seeds and tools through the HUB Tool Share, a lending library of gardening and cooking tools.

Organizing for Justice: The HUB hosts monthly family lunches, in which staff, volunteers and clients eat together and discuss advocacy over food. Although some discussions are on traditional topics like SNAP benefits, all topics arise organically from the community, like when a meal with kimchi inspired conversation on fermented food, health and cultural connection to food. Through shared meals, the HUB creates opportunity for its community to contribute to broader discussions on food and justice.

Neighbors Together emphasizes the history and institutionalization of emergency food providers in the context of social determinants of poverty on their website to remind the public that charity alone is not the solution. The organization is community-driven, holding true to its name, and has years of experience leading successful advocacy campaigns. Services which Empower: At Neighbors Together food is served café style, usually by members in structured volunteer opportunities which increase skill building, respect for self and the community and self-efficacy. Neighbors Together also protects its members’ dignity by functioning as the primary mailing address for those without stable housing.

Organizing for Justice: When members enter the café they often encounter petitions for legislation, sign-ups to attend workshops and lobbying events and other introductions to Neighbors Together’s Community Action Program. The most intensive component is the 14- week Leadership Development Program, in which members study government, organizing and interpersonal skills to become more effective advocates. The program boasts impressive success stories and multiple committed campaigns, including the Three-Quarter House Tenant Organizing Project (TOP). TOP has improved conditions in unregulated housing programs which often abuse their clients, by forming an active coalition, publishing a groundbreaking report with legal partners, and landing a front page New York Times story which convinced Mayor de Blasio to organize an Emergency Taskforce to inspect three-quarter houses. 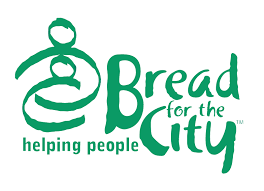 Bread for the City, Washington D.C.

Bread for the City is one of the largest organizations offering food assistance and comprehensive services in Washington D.C. Although it has a historic commitment as a large service organization, Bread for the City recognizes that its goal is to change the underlying conditions of poverty and has modified its structure to encourage clients to drive social justice action.

Changes to Power Dynamics and Language: Bread for the City’s motto is “dignity, respect, service & justice,” and since it added the word “justice” in the early 2000s it has changed the way its services operate. Bread for the City calls its work a “mutual collaboration” driven by “common humanity” and its mission statement reflects the balance between alleviating current suffering and working to eliminate long-term poverty. 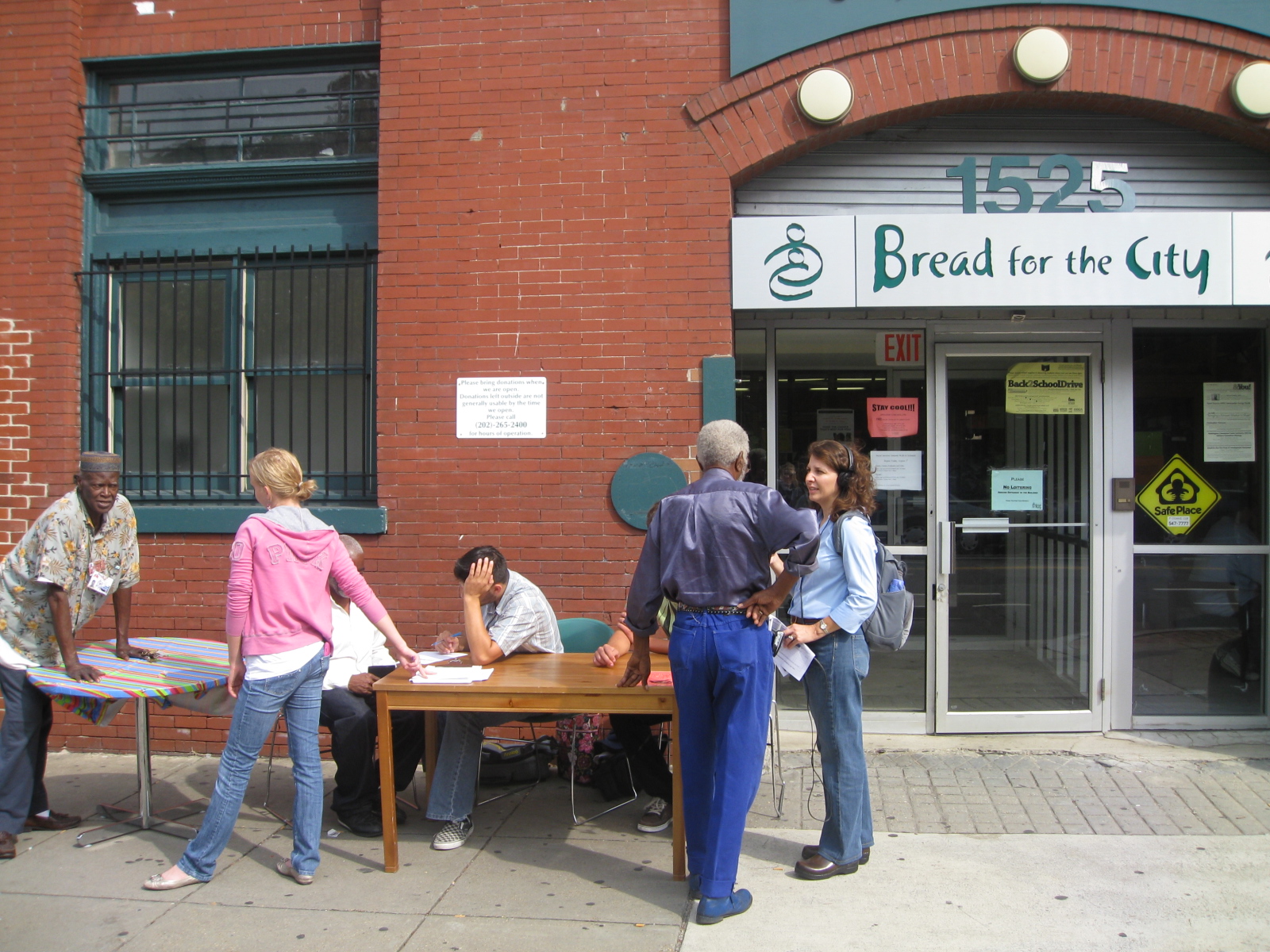 Services which Empower: Bread for the City offers an impressive array of services including legal clinic projects to increase access to justice. These legal services not only address its clients pressing concerns on housing, family and public benefits law, but empower clients to protect themselves from future legal injustices. Bread for the City also empowers clients with mental illness through financial planning through the Representative Payee Program in coordination with the Washington D.C. Department of Health.

Organizing for Justice: Bread for the City employs both a central advocacy campaign director and professional community organizers in every department of the organization to foster client leadership. Their large #Right2DC campaign, which addresses access to affordable housing within the city and is driven by community members, has made lasting impact. In July of 2017, advocates for the #Right2DC campaign testified before public committees on slumlord abuse and regulations, published a series of legislative tools the city could implement to protect low-income residents and invited politicians to tour some of the community members’ housing conditions.

Northwest Harvest is a statewide hunger relief agency, running a network of hundreds of food banks, meals programs and more in Washington State. Northwest Harvest is making strategic moves throughout its organization and state to prevent poverty and permanently end hunger.

Changes to Power Dynamics and Language: Northwest Harvest’s motto is “Hunger Stops Here.” By envisioning a future without hunger, Northwest Harvest is dedicating itself to think beyond feeding people. The organization recognizes clients’ knowledge and contributions and publishes annual focus group reports in which clients share their insights in their own voices. 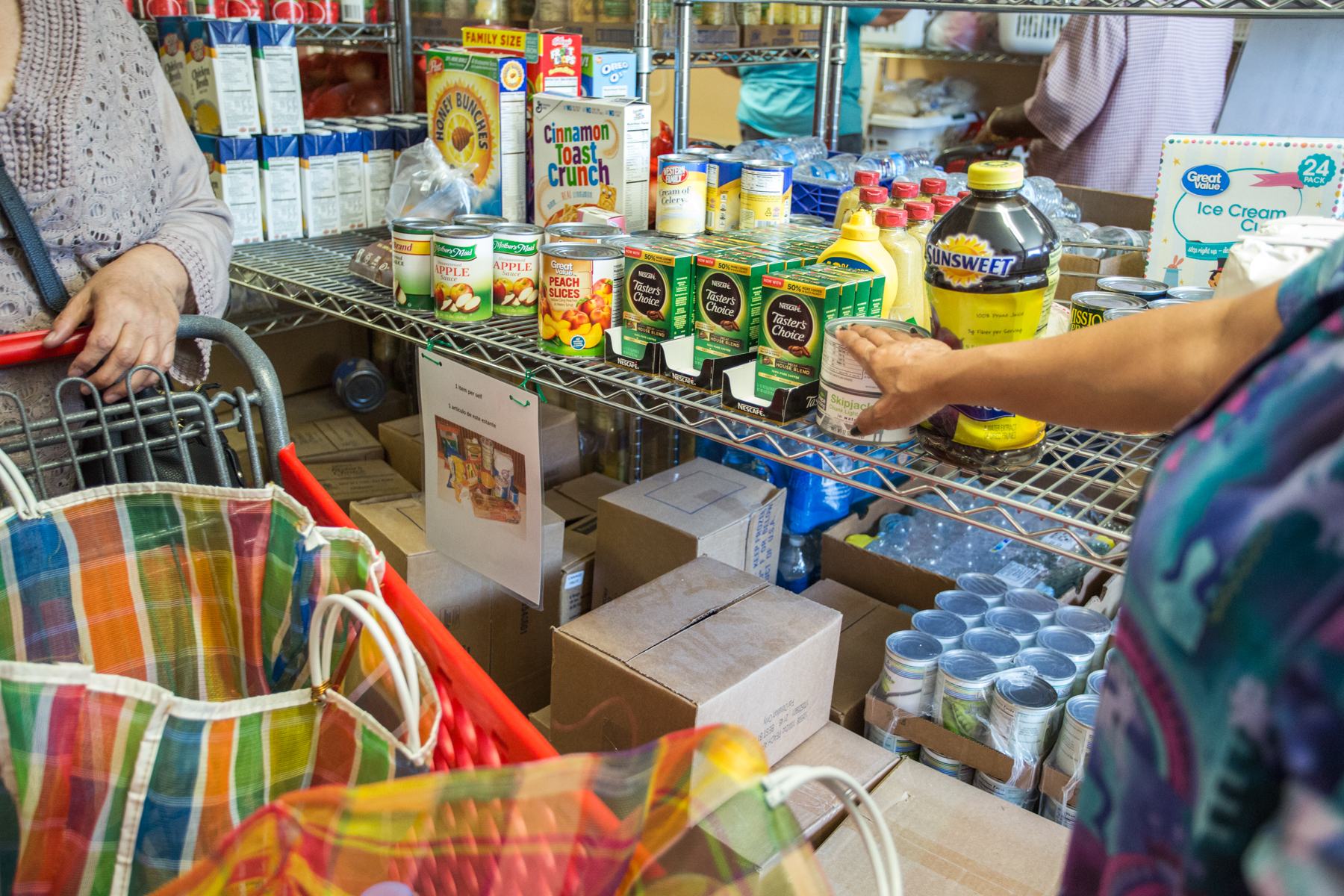 Services which Empower: Northwest Harvest’s services prioritize dignity by requiring food distribution sites to use an honor code instead of asking clients to prove their need. All their services focus on providing nutritious food, such as the Three Squares backpack program which ensures children at dozens of public schools have the healthy food they need for evening and weekend meals.

Organizing for Justice: By promoting farm-to- food bank (F2FB) strategies, Northwest Harvest is increasing the accessibility of nutritious foods across the state. Through consultations, regional workshops, and the innovative Growing Connections Produce Portal, through which growers sell produce to hunger relief organizations, Northwest Harvest is changing the emergency food system in Washington. Northwest Harvest is also hosting the 2017 Closing the Hunger Gap Conference this coming September, in which stakeholders from across the country will discuss how to best incorporate social justice strategies.

Riley Link is a Communications Intern at WhyHunger. Riley is currently an undergraduate at the Honors College of Rutgers University.