In honor of Mother’s Day, we’d like to share some insights and words from WhyHunger’s partner, Sarah Cantril, Founder and Executive Director of Huerto de la Familia (The Family Garden). Sarah is not only an all-star leader in the food justice world, but also an all-star mom! As Sarah points out, there is room for many more women leaders in the food justice world, andthe work women and mothers are doing in the movement nowiscertainly an inspiration to us all. A mother of two (Leland, 15 and Elena, 11), Sarah packs a punch with her breadth of knowledge and her work to cultivate community integration and economic self-suffi­ciency for Latino families in Oregon. 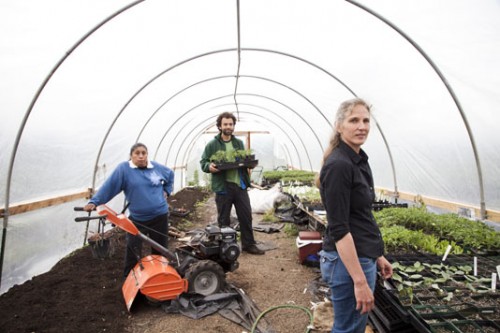 Working with the Latino community since ’91, Sarah has spent time as a social worker with Latino parents and teens, and many mothers during her time working at  women’s shelters. She holds a B.A. from University of Oregon in Ethnicity and Gender in American Society, a Masters degree in Social Work from Portland State University and has been a Master Gardener for 12 years. She started Huerto de la Familia in 1999 and has found that since motherhood, the way she works with families has changed, “I’m able to relate with families on a very basic level – parents want what’s best for their kid, period,” Sarah says. “It’s not just a conversation about theory and the big picture; we talk about their day-to-day needs and the kinds of choices and motivations that parents face.” Sarah’s ideals permeate her home life. She’s thrilled that her son often brings up policy issues in his school’s cooking class, along with surprising the teacher and fellow classmates by his familiarity with quinoa! Though it seems, at this point, that neither of her children plan to follow in her footsteps into a food justice career, she hopes that they will keep eating the healthy foods that decorate their family table (a favorite being wild salmon, fresh greens and beets with a pear salsa). Sarah hopes also that her children continue to be aware of and vocal about food justice issues regardless of their careers.  She wants them to be conscious of the people working behind the scenes — the growers, laborers, restaurant workers — a piece of the picture which is often left out. “The food system effects these people on such a profound level, I want my kids to know where their food comes from and the economic costs of that process,” Sarah says. 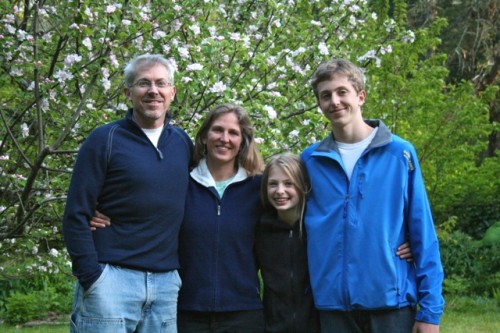 What she finds most challenging, as many working mothers do, is balancing it all. But that challenge has not held her back and she beams when speaking about how close she is with her kids. “I just love spending time with them. We joke that when we’re home together, we’re all only about a foot away from each other!” Sarah says. She doesn’t have to do it all by herself, though. “I have a very supportive husband,” Sarah says.  “I think it is imperative for moms in the movement to have supportive partners both at home and in regards to the work that we do.”