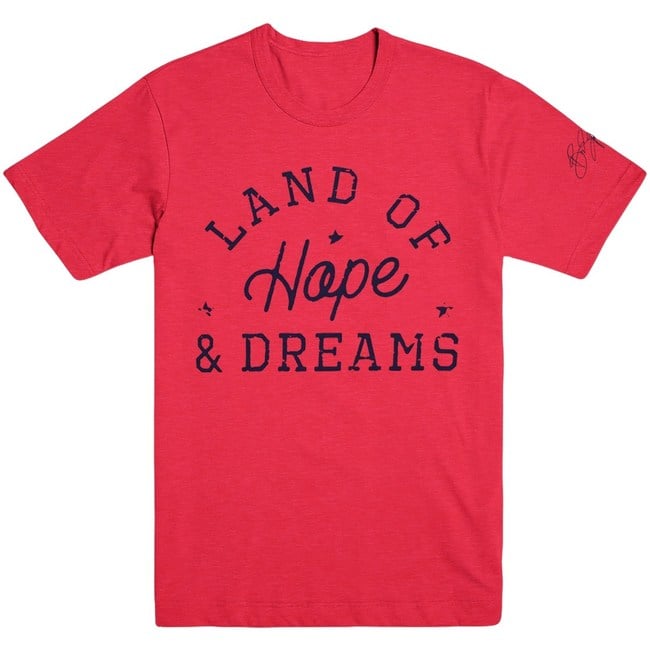 HOLLYWOOD, Fla., Oct. 2, 2018 /PRNewswire/ — Hard Rock International is partnering with WhyHunger to release the brand’s latest limited-edition merchandise line on Oct. 2. The Bruce Springsteen Signature Series: Edition 36 collection supports WhyHunger’s work to invest in grassroots solutions to hunger and poverty worldwide. The collaboration further reinforces Hard Rock’s commitment to its guiding principle – “All is One,” and its abiding passion to make the world a safer, healthier and better place to live.

“As a founding member of WhyHunger’s Artists Against Hunger & Poverty, Bruce has made a major impact on our efforts to find community-driven solutions to help farmworkers, food banks and more,” said Noreen Springstead, executive director, WhyHunger. “We are thrilled to once again have Bruce lend his voice to advocate for social and food justice.”

Hard Rock will donate a portion of the retail price from the sale of Bruce Springsteen Signature Series merchandise to WhyHunger through the Hard Rock Heals Foundation. The limited-time, Signature Series: Edition 36 collection features a pin, hat and tee emblazoned with the song title “Land of Hope & Dreams.” The new merchandise is available for purchase online and in Rock Shops at select Hard Rock Cafe, Hotel and Casino properties around the world.

“As part of Hard Rock’s ‘All is One’ motto, we want to do our part to help fight hunger and poverty,” said Edward Deutscher, senior vice president of merchandising and eCommerce at Hard Rock International. “We are honored to collaborate with WhyHunger for a second time to create a new Bruce Springsteen Signature Series collection that directly benefits people impacted by hunger and poverty.”

More than 25 years ago, Hard Rock developed the concept of partnering with world-renowned musicians and bands to create imaginative designs that are converted into limited-edition merchandise and sold at Hard Rock properties worldwide. A portion of the retail price from the sale of the merchandise benefits the artist’s preferred charity. Music icons including Bruce Springsteen, Pitbull, Rihanna, Imagine Dragons, U2, KISS, Eric Clapton, The Who, Jon Bon Jovi, Linkin Park, Shakira and Ringo Starr have all been part of Hard Rock’s Signature Series and Artist Spotlight programs, which have raised millions of dollars for charitable causes worldwide.

About WhyHunger  Founded in 1975 by the late Harry Chapin and radio DJ Bill Ayres, WhyHunger believes a world without hunger is possible. We provide critical resources to support grassroots movements and fuel community solutions rooted in social, environmental, racial and economic justice. WhyHunger is working to end hunger and advance the human right to nutritious food in the U.S. and around the world. Learn more at whyhunger.org.