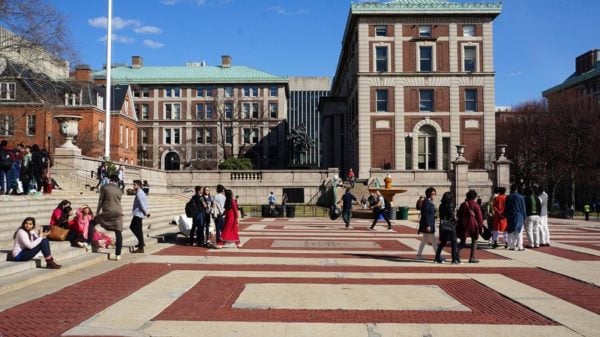 This article was originally published on Medium.

Some twenty years ago I gave a keynote speech for the annual meeting of the National Student Campaign against Hunger and Homelessness. The discussion that followed and the concerns of the students were about hungry Americans “out there” and hungry people around the world. No one talked about hungry students.

Things have changed. In 2017, New York governor Andrew Cuomo called for a statewide legislation against hunger in students, including college students. In his No Students Go Hungry proposal he calls for an expansion for breakfast in school after school starts, a campaign against bullying students who receive free school meals, more fresh fruits and vegetables in the meals and a food pantry in every state and city college in New York State.

The focus on childhood hunger has always been on children from pre-k to seniors in high school as well it should, but now there is a growing awareness of hunger among college students. A recent study called Hunger on Campus: the Challenge of Food Insecurity for College Students, by the College and University Food Bank Alliance, the National Student Campaign against Hunger, the Student Resource Center and the Student Public Interest Research Group questioned almost 4,000 students in 12 states who are in 8 community colleges and 26 four year colleges. The response was shocking.

The consequences of this kind of insecurity are significant. We all agree that hungry children do not learn as well as nutritionally fed children but that is also true for these young adults in undergraduate and graduate programs. 58 percent of hungry college students did not buy a required book for a course, 53 percent missed classes, 25 percent had to drop a class and some even drop out, all because of hunger and homelessness rooted in poverty. This is after the students or their families, the government or the school itself has paid thousands of dollars for them to attend. What a waste of money, time, talent and hope! What are the best answers?

25 percent of the students questioned are already on the Supplemental Nutrition Assistance Program known as SNAP, a benefit card that replaced the old Food Stamps, but most students are presently ineligible. It will be difficult to expand SNAP usage by students at a time when the president and the Republican majority in both houses are trying to make major cuts to the program and other hunger and poverty programs but who knows after the 2018 congressional elections. SNAP is the most effective government program to fight hunger. We need to make sure it is not cut but expanded to provide nutrition so that college students can learn, get their degrees and living wage jobs.

There have been several proposals to have the federal government provide free tuition for community colleges or other learning and job training programs. It seems that nothing will happen with this administration and congress. However, several states are moving in that direction. That is where the most hopeful advances are appearing. These efforts must be an important part of all the efforts around the country to help poor and working Americans get ahead and out of poverty.

In the meantime, there are more than 500 food pantries and food banks on campus and growing each month. Colleges should be challenged to start an emergency food system on campus that also includes access to college community gardens and free student meals that do not discriminate against students and cause food bullying. Local emergency food programs outside the campus need to reach out, partner with campus efforts and support the hungry students directly in a way that protects their anonymity. AND, colleges need to help students to secure part time jobs or internships that actually pay a fair wage, not the $7.25 minimum wage still in force since 2009 in 19 states. Only 17 states have raised it to more than $10 an hour. Most working students make at or near the minimum wage, so raising it gradually to $15 an hour would have a major effect in helping hungry students to eat and graduate and become productive members of our society. To find food in your area visit whyhunger.org/findfood.