When I imagine a world without hunger and poverty, I imagine myself celebrating Christmas this year together with my family just like the old times. As an international student from the Philippines, interning at WhyHunger, I came to US to get an MBA with hopes that my family and I will have a better future. Hunger and poverty is an everyday reality in our country and for many, being separated from their families for several years to work abroad is more of a survival technique than an option. Yes, hunger and poverty does not only make a child malnourished but it can also deprive them of the love and care of their mother and father, whose lives are spent working in a distant land. 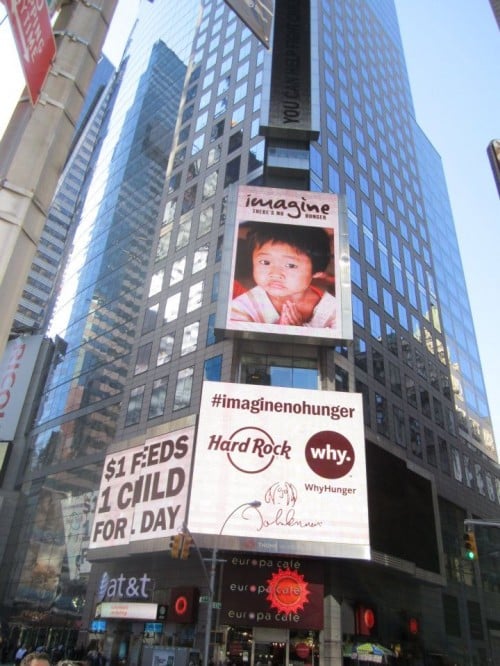 On November 1, 2011 at 1pm, I was grateful to witness the commitment of WhyHunger, Yoko Ono Lennon and Hard Rock International to raise awareness and funding for the fight against childhood hunger & poverty through the campaign, “Imagine There’s No Hunger.” At 1p.m. in Hard Rock Cafe New York in Times Square, volunteers, supporters, tourists and pedestrians became one and took one moment to Imagine a world without hunger. Becoming aware that there is hunger throughout the world even in a place like America where resources seems so abundant and available for everyone means a lot. To me it signifies the beginning of a time when the rich would stop accumulating for themselves, when the government would push reforms against land grabs and when people would stop wasting food. As Yoko Ono Lennon said, “This is a beautiful step towards world peace. By imagining there’s no hunger, like what John sang in his song, we express our strong desire to bring a world in which children will never again suffer from hunger or poverty. Let’s come together and help spread the message around the world.” And perhaps there would come a time when children will no longer be left behind by their parents to work abroad.

Below are some of the photos I took during the launch of “Imagine There’s No Hunger” campaign: 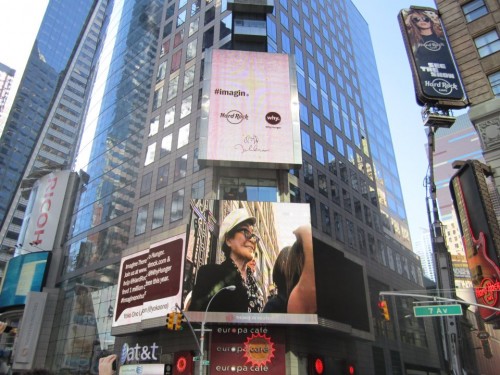 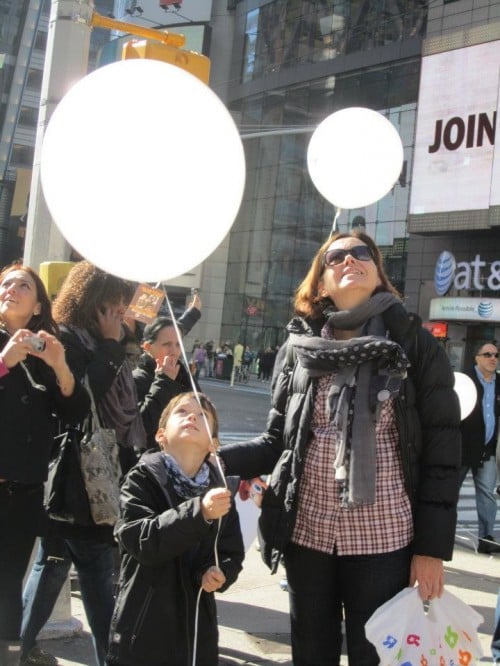 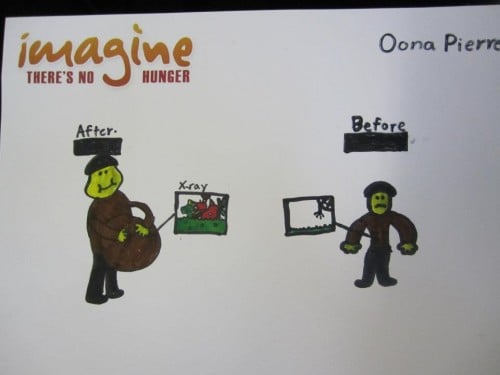 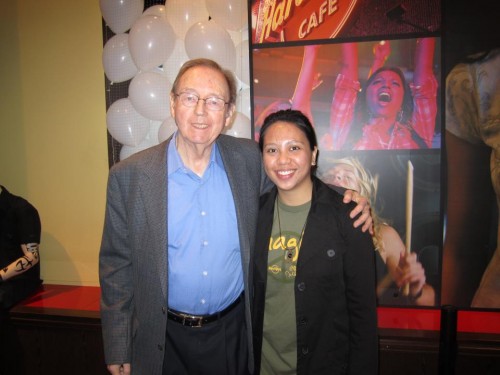 Text IMAGINE to 50555 to donate $10 directly to WhyHunger and help feed a hungry child. Hard Rock is also offering the limited edition 2011 IMAGINE There’s No Hunger Merchandise with part of proceeds going to WhyHunger. Visit www.hungerthon.org for more information.