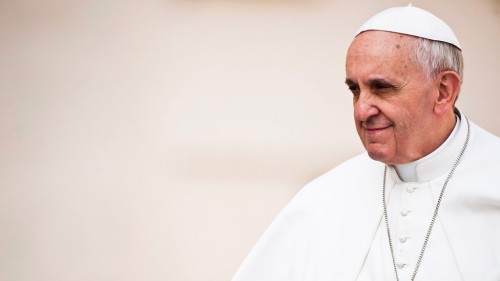 As we prepare for Pope Francis to visit our country what should we expect? Is he just another pope who speaks good words or is he really a radical out to save the environment and bring justice for the poor and oppressed by challenging capitalism and its “dominate technological paradigm.”

The word radical means getting to the root cause of a problem. Francis understands that the root cause of hunger is poverty and the root cause of poverty is powerlessness and injustice. He follows the teaching of Jesus who taught his followers that leadership means service, not domination, especially service to the powerless, the poorest of the poor. Many believe “that the problems of hunger and poverty will be resolved simply by market growth.” Francis dismantles this myth in his recent encyclical Laudate Si’.

He also states clearly in his encyclical that the root cause of our environmental crisis is our misuse of the goods of the Earth and our role of dominance over nature. He calls for an Ecological Conversion to an Integral Ecology that features a deep openness to awe and wonder. He challenges the “dominate technological paradigm” that bows to the ever expanding and pervasive forces of technology and the media. He says that the technical mind sees nature “as a cold body of facts, as a mere given, as an object of utility, as raw material to be hammered into useful shape.” The powerful who have this mentality also “consider themselves as more human than others, as if they had been born with greater rights.”

Francis sees a direct connection between our environmental crisis and the plight of the poor. “The gravest effects of all attacks on the environment are suffered by the poorest and cause the premature death of many of the poor.”

What is his answer to the dual problems of environmental crisis and poverty and hunger? He reaches deep into his faith to say that “God’s love is the fundamental moving force in all created things.” “Injustice is not invincible.” “All it takes is one good person to restore hope.” But Francis is also a realist, he knows that real change must come from the bottom up, through the thousands of communities that organize themselves to grow food in a way that is friendly to the environment and to people, not only for profit. They refuse to be powerless.

“It is imperative to promote an economy which favors productive diversity and business creativity. There is a great variety of small scale food production systems which feed the great majority of the world’s peoples, using a modest amount of land and producing less waste, be it small agricultural parcels, in orchards and gardens, hunting and wild harvesting or local fishing.”