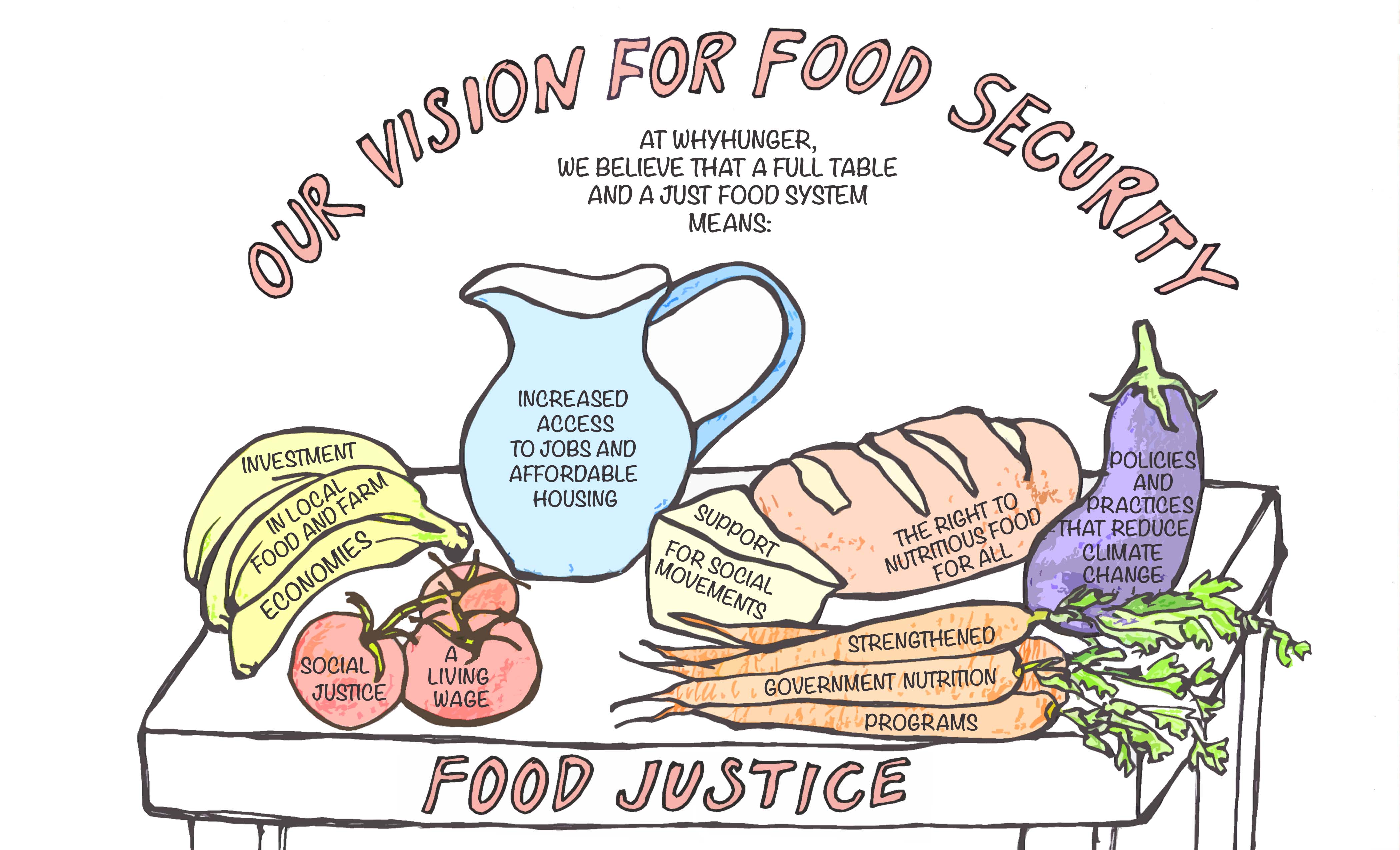 Hunger in the U.S. and around the world is caused by various complex social and economic factors of which much ink has been spilled. We realize that one web page can hardly do justice to all the facts and thoughts on this matter. Our main goal with this page is to provide a brief overview of up to date hunger facts in an attempt to educate the public about the realities and the root causes of hunger and poverty.

We know that the world can produce enough food to feed every person on earth1 So why is there still hunger and what can we do about it? The root causes of hunger are due to the systems, policies and institutions that benefit multinational corporations and wealthy nations, while leaving millions of people without access to food, land, water and sustainable livelihoods.
Our global food system is structured to value profits over people and planet.

In other words, hunger is caused by poverty and injustice.

* This is the number reported by the Food and Agriculture Organization (FAO) of the United Nations. Critics claim that the FAO data neglects larger issues of poverty, inequality and rising food prices. It is almost certain that the number of people facing hunger worldwide is even higher.

* The USDA defines ‘food insecure’ as “a household-level economic and social condition of limited or uncertain access to adequate food.” Characteristics of households with food insecurity include skipping or reducing the size of meals, not being able to afford a balanced meal, going whole days without eating, and going without food despite feeling hungry. Households with very low food security are characterized as having food intake reduced and eating patterns disrupted, because the household lacks money and other resources for food. For these households, 96 percent report skipping and reducing meals because of not having enough money for food.

Poverty, a root cause of hunger, is also often indicated by marginal income and limited access to healthcare, education, clothing and shelter.

For more information on WHyHunger’s vision for a world free from hunger, visit Our Work.