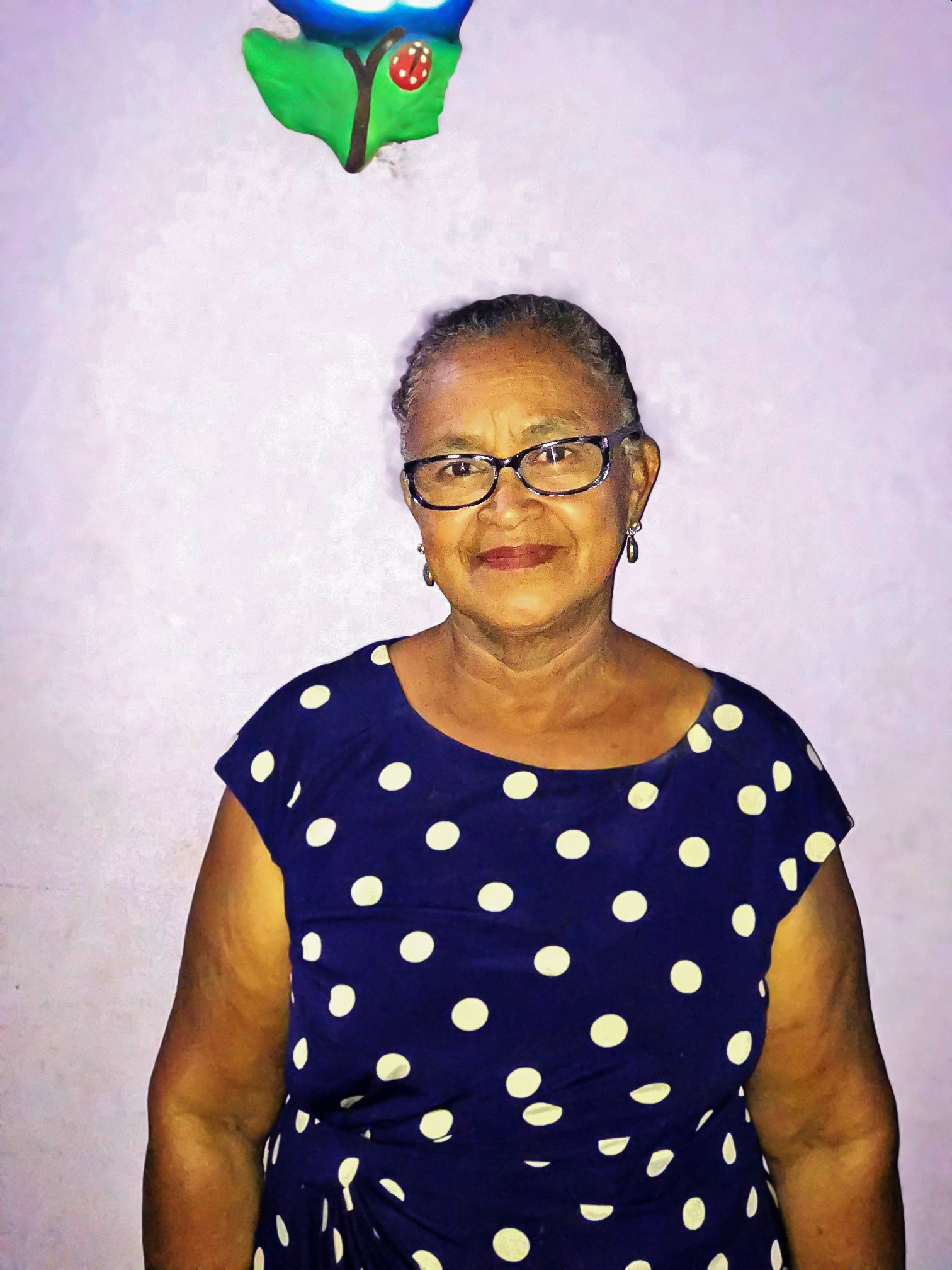 WhyHunger was part of a recent delegation organized by Friends of the ATC (Farmworkers Union). Delegates lived and worked alongside ATC members. Susan Lagos, a long-time Nicaragua resident and former campesina (peasant farmer) herself, translated into English the life experiences told by Emerita Vega, the head of household of the family she stayed with. Our guest blog this week is Compañera Vega’s story.

Life under the dictatorship vs. Life under Sandinismo

My name is Emerita Vega. I was born Sept. 22, 1948 in the community Marlon Alvarado, near the town of Santa Teresa, Carazo, Nicaragua.

My childhood was very sad. I grew up in the period in which Nicaragua was governed by the Somoza family. I was raised in extreme poverty, the same as all the poor people of that time here in Nicaragua. I am the second of ten children. I had no time to play because here we had no water, and we had to go fill buckets five kilometers away. We had no electricity either, so we used a bottle with a rag soaked in diesel for a light. The roads were just trails where the horses could drown in the mudholes in the rainy season, and we all went barefoot. Our houses had straw or grass roofs, and the walls were sticks or sorghum stalks. There wasn’t any school, so we were all illiterate. Later a school was provided but only to third grade, so I learned to read and write. At age twelve I had to go work in the city to help my parents to raise my younger brothers and sisters. I worked as a maid, and in those days, there were no laws to protect us. We had no day off, nor vacation time, nor extra pay at Christmas; we were like slaves. That’s how I grew up, and when I was nineteen, my father died, so I continued working to support my younger siblings.

It wasn’t until July 19, 1979 with the triumph of the Popular Sandinista Revolution that we poor people saw a change in our lives. It was like waking up. It wasn’t until then that we had any rights, for example a right to land. Through the agrarian reform we were given an area of land to plant. That land had always belonged to a rich landowner, where we were the badly paid laborers. Now thanks to the Revolution we could work this land for our own benefit, which has helped a lot to change how we live. Now we have good roads all year round, electricity, and easy access to water.  As for food, we people in the countryside produce our own food and we can survive.

After the Sandinista  National Liberation Front (FSLN) lost the elections in 1990, because people were tired of so much war, scarcity of necessary items, and the loss of our loved ones, and with the propaganda that if  Doña Violeta won, the war would be over, the neoliberals returned to power.

With Violeta Chamorro, Arnoldo Aleman and Enrique Bolanos, we regressed. They wanted to take away the [constitutionally mandated] 6% of the budget that is for university education, including scholarships for people who can’t afford it. Young people protested to claim their right, and some were killed and wounded. The roads weren’t maintained so they became unpassable again. The famous “blackouts” were extended times when there was scarcely electricity six of every 24 hours. In the hospitals and health centers there were no medicines. In the schools, we had to pay for tests, and many extras. Everything slid backwards and people got tired of it.

In 2007 Daniel Ortega returned to power through the elections which the FSLN won, and a new period began in which the government works with all the sectors: the private businesses, the farmers, the medium and small-sized businesses, the unions, etc. and there began to be many benefits for the people such as the “bono productivo” [production package of the Zero Hunger Program] which is given to poor people with land in the countryside. This consists of a pregnant cow, a pig, ten hens, two rolls of barbed wire, 2 bags of cement, 8 sheets of zinc roofing, etc. I am one of many who received this bono. Another bono is when 10 sheets of zinc roofing and 2 lbs of nails are given to families whose roof is in bad shape. Other bonos are the school lunch program, free health care, a backpack and notebooks to start the school year, and the bono for those graduating from high school, housing for needy people, scholarships for university students both inside and outside the country.

Thanks to all this, all young people can study. In my family, all the young people are professionals. For example, my brother Antonio Vega, is a farmer. He has 4 children who have graduated from the university: one civil engineer, two doctors, and one psychologist. This would have been impossible if it weren’t for the 6% law which provides room and board as well as tuition for students from families who can’t afford it. And that is thanks to this Revolution and the FSLN under the direction of President Daniel Ortega that all this is possible.

That is why the opposition parties know that through elections they won’t return to power, since the majority of the people are content with this government. And that’s why they have had to use tricks, lies, and false statements to destabilize the country, taking advantage of the internet to wage a media war, but they can’t fool us because we can see what is really happening here, but they may be able to fool the people in other countries.