With these reports, books, statistics and multimedia on labor in the food system, learn more about the challenges facing food workers.

Green Jobs in a Sustainable Food System. Green for All, 2012.

Building the Case for Racial Equity in the Food System. Giancatarino, Anthony and Noor, Simran. Center for Social Inclusion, 2014.

Behind the Kitchen Door: A Multi-Site Study of the Restaurant Industry. Restaurant Opportunities Centers United, 2011.

Employment and wages for the highest and lowest paying occupations. Bureau of Labor Statistics, 2012. 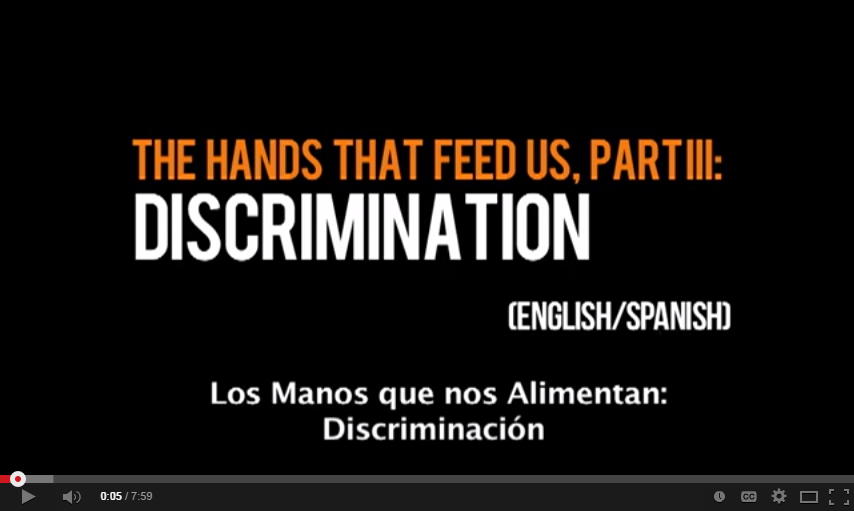 The Hands That Feed Us Video Series
This three-part series from the Food Chain Workers Alliance features workers throughout the food system telling their stories with narration and information from the FCWA report The Hands that Feed Us: Challenges and Opportunities for Workers Along the Food Chain. Part I covers health and safety issues in the workplace and the lack of paid sick days. Part II is about long hours and low wages, and Part III looks at discrimination faced by workers in the food system. All videos are in both English and Spanish, and Chinese subtitles are also available.

Food Chains Film Trailer
Food Chains is a documentary about workers in the food system and features the Coalition of Immokalee Workers, Eric Schlosser, Dolores Huerta, Barry Estabrook and other major voices for food system workers.

Farmworker Justice: Stories from the Field
This photojournalism project is produced by David Bacon for Farmworker Justice. The aim is to give voice to the 2 million farmworkers and their families who would otherwise not be heard.

La Campesina Network
A national Spanish-language radio station geared toward farmworkers and the problems they face in the industry.