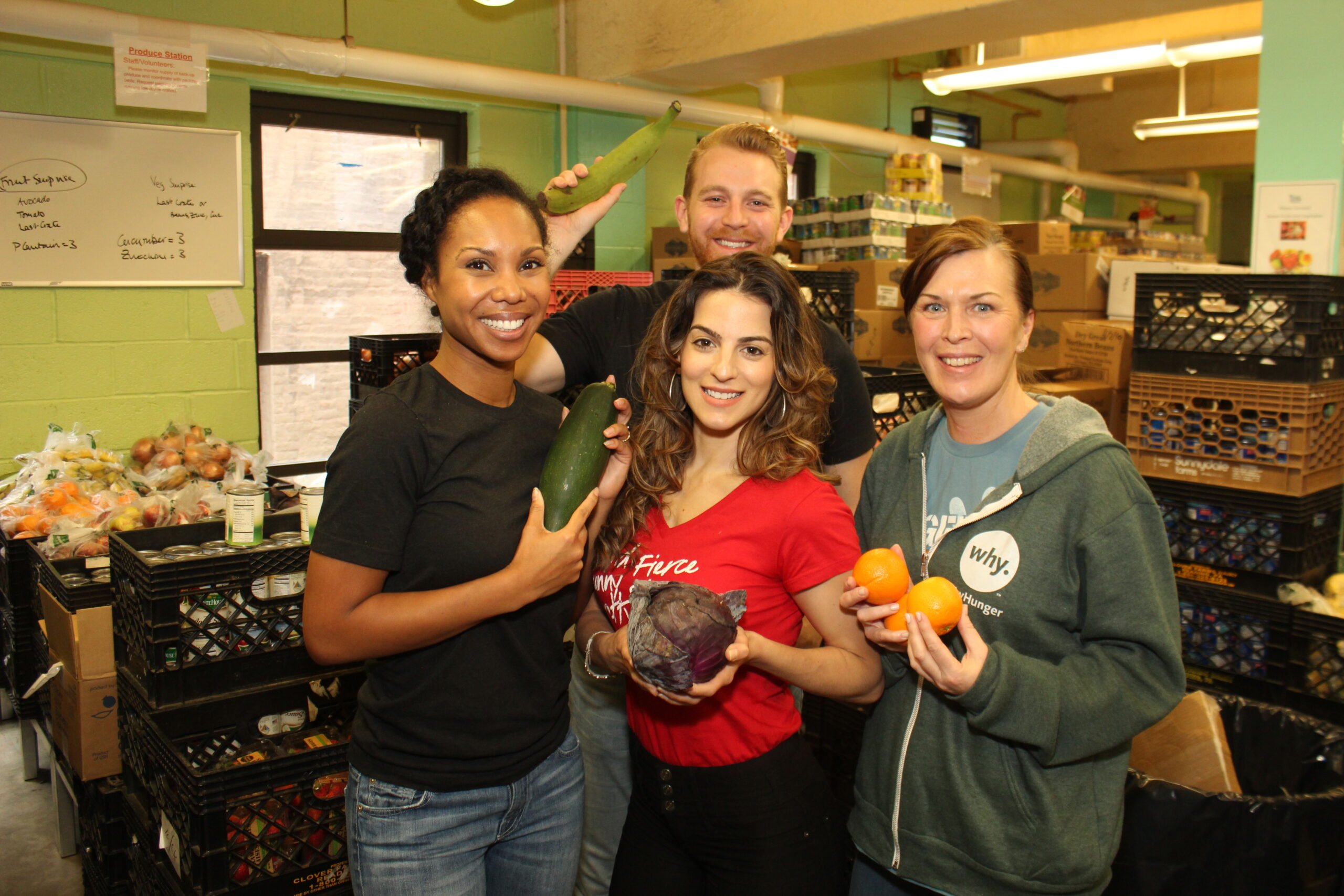 Last week, we officially launched our partnership with Pretty Woman: The Musical at a volunteer event at New York Common Pantry. The partnership aims to raise funds and awareness about hunger and the sustainable solutions that address the problem at its root.

“Access to affordable, nutritious food is a right, not a privilege. However, for nearly 40 million Americans, including 1.2 million residents living here in New York City, hunger is a reality. We have made it our mission to end hunger by fueling community-led solutions that are rooted in social, environmental, racial and economic justice,” said Noreen. “We are excited to welcome Pretty Woman: The Musical as an official member of our Artist Against Hunger & Poverty program and launch our partnership to help further build awareness and spark action to strike at the root of hunger to combat food insecurity once and for all.”

“We are proud to launch our partnership with WhyHunger to help educate about the causes of hunger that affect so many Americans and amplify the solutions that are working,” said Paula Wagner, producer, Pretty Women: The Musical. “We are dedicated to raising awareness and funds to tackle the hunger epidemic and will strive to help make a lasting impact through our initiatives.”

This event is the first of many initiatives for the partnership including upcoming events, social media activation and fundraising efforts.

About Pretty Woman: The Musical
PRETTY WOMAN: THE MUSICAL opened on Broadway on August 16, 2018.  With original music and lyrics by Grammy Award winner Bryan Adams and Jim Vallance, a book by Garry Marshall and the film’s screenwriter J.F. Lawton, and direction and choreography by two-time Tony Award winner Jerry Mitchell, PRETTY WOMAN: THE MUSICAL plays at Broadway’s Nederlander Theatre (208 West 41st Street). For more information visit: PrettyWomanTheMusical.com  and follow us on Facebook, Twitter  and Instagram.

About New York Common Pantry
New York Common Pantry reduces hunger while promoting dignity, health and self-sufficiency. NYCP works toward the reduction of hunger and food insecurity through an array of programs that help establish long-term independence for those it serves. Since opening in 1980 as a small neighborhood pantry serving 30 families, NYCP has become one of New York City’s most innovative emergency food providers, offering meals and support services to almost 500,000 individuals a year. The Choice Pantry serves up to 2,500 families a week redistributing thousands of pounds of produce each week. NYCP served over 6,000,000 meals in 2018.