Three of us from WhyHunger traveled to Tucson, Arizona, for the Closing the Hunger Gap conference last week, hosted by Community Food Bank of Southern Arizona (CFB). WhyHunger has worked with partners in southern Arizona for several years, supporting local organizations in their efforts to address local issues, through the Somos la Semilla network and with partners including CFB, Tierra y Libertad Organization, and Arevalos Farm, as well as others in nearby border areas of Texas and New Mexico. The region faces a number of unique challenges, including water scarcity, ever-increasing border militarization, high poverty rates, and, despite being on a primary food transport corridor between Mexico and the US, soaring rates of both food insecurity and food waste.

Between November and April, 60% of all produce in the US comes through the Mexico/Arizona corridor. Nationally, 40% of our food is wasted; that number is even greater in the border region, where 300 billion pounds of produce crosses annually. Not all of that will make it much past the border, as distributors make decisions about whether or not a given shipment of tomatoes or broccoli will still be fresh by the time it reaches its destination in Kansas or Pennsylvania. The day before the conference, we took a tour to see how some local organizations are dealing with this issue, both by reclaiming produce for food banks and by composting unusable food waste to build rich soil–particularly important in the desert, as organic matter helps hold water. We visited the San Xavier Community Farm and Compost Cats near Tucson, and Nogales Community Food Bank, on the US side of the town of Nogales, which sits on both sides of the border. We visited the border crossing as well, which divides Nogales with a fence and checkpoint. 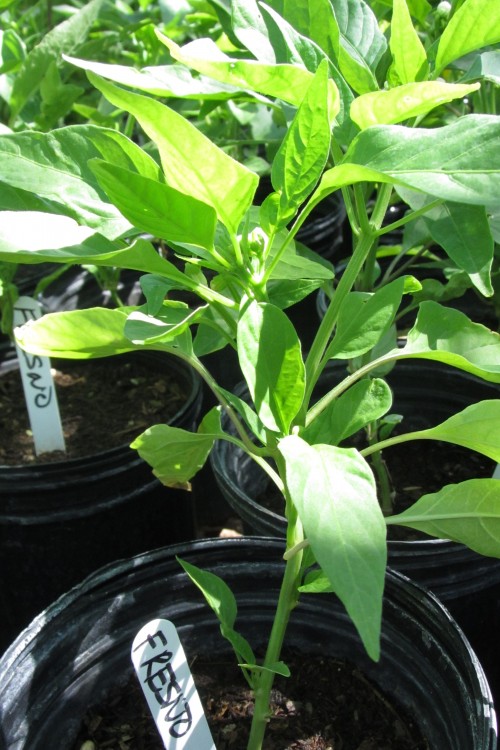 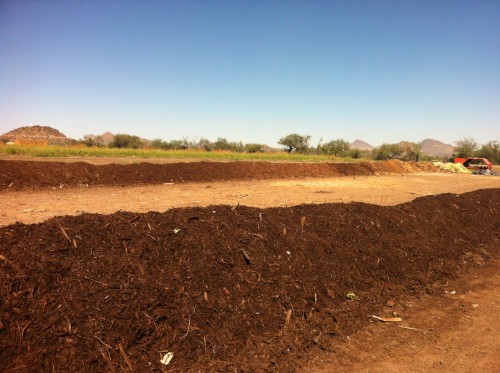 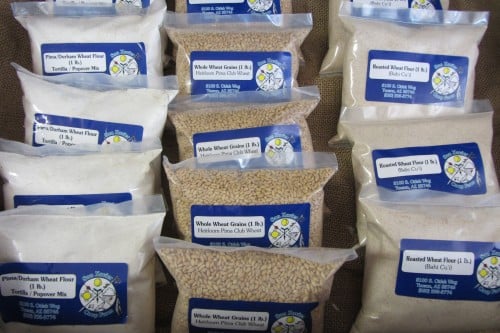 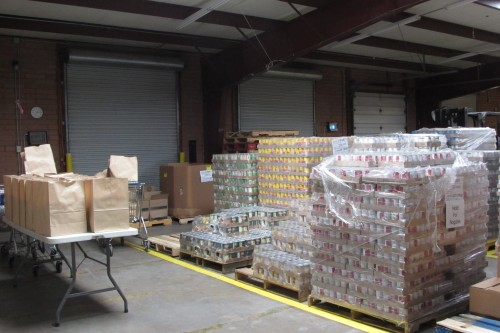 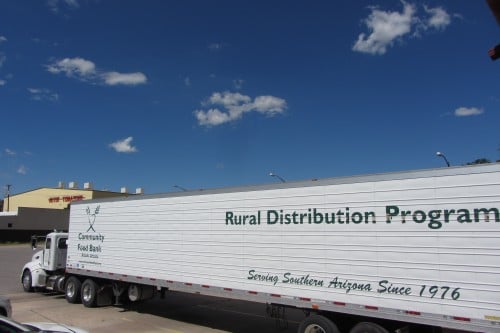 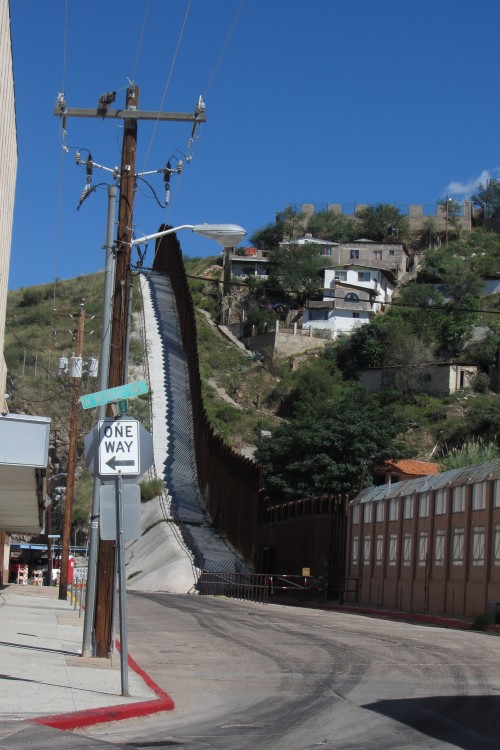 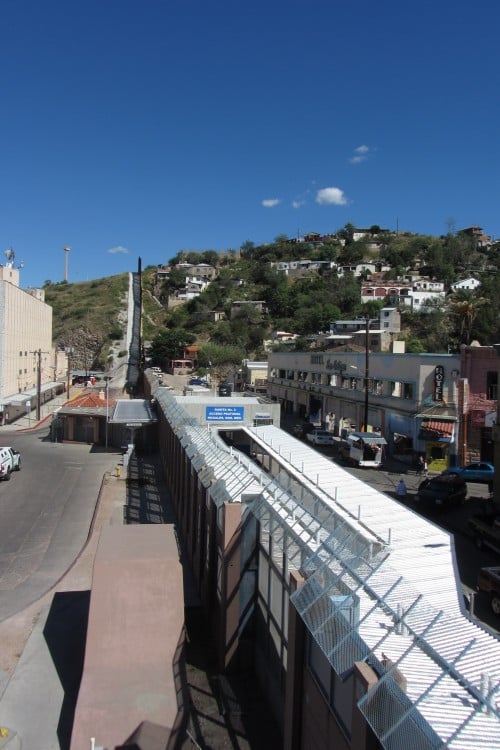 Both the composting program and the food bank have made a dent in the food that is otherwise wasted in the border region—and have much more that they can accomplish. But Compost Cats coordinator Chester Phillips points out a fundamental injustice in the work: farmers and workers south of the border make much less than those on US farms, as one example of the ways in which the US/Mexico relationship is often extractive, with resources exploited in Mexico flowing to profit US companies and consumers. Captured food waste is just another example: even food which is discarded ends up serving low-income Americans and building Arizona’s soil, rather than those assets returning to Mexico.