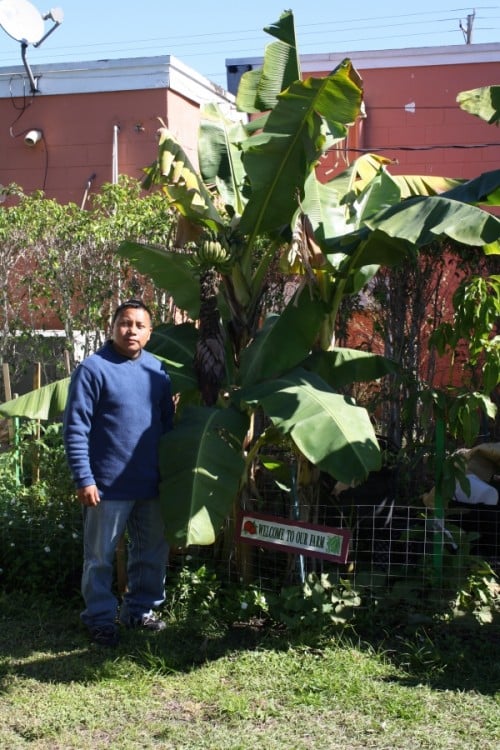 In honor of National Farm Worker Awareness Week, WhyHunger is featuring a story from Community Voices, a storytelling site that amplifies the voices of grassroots leaders and organizations across the country to demonstrate how small acts of food sovereignty happening across the country add up to a powerful, vital collective. Oscar Otzoy came to the United States in 2006 from Guatemala. After working in the fields of Immokalee for some time, he became active with the Coalition of Immokalee Workers to fight for the rights of farm workers.

Oscar Otzoy left home so his brothers and sisters would have a better life with the money he earned. As he prepared to leave Guatemala and when he first arrived to the United States, he envisioned the American Dream Unfortunately, Oscar quickly discovered the realities of the food industry and sub-poverty wages. The wage of the farm worker has more or less remained the same for the past 30 years.

Written by Andrianna Natsoulas, a social and environmental activist for three decades. She has worked at various organizations from Greenpeace to Public Citizen to the Northwest Atlantic Marine Alliance. She has coordinated with the global food sovereignty movements and has served on national and international boards and steering committees to protect fishing rights, fight trade agreements and build alliances. Currently, she consults for local, regional and national organizations and lives in Las Cruces, New Mexico. WhyHunger partnered with Andrianna as she began a journey across the Americas to capture the stories of people working towards and living a just and sustainable food system as featured in her book Food Voices: Stories From the People Who Feed Us. Many of those stories can be found on this site and more information can be found at www.foodvoices.org.