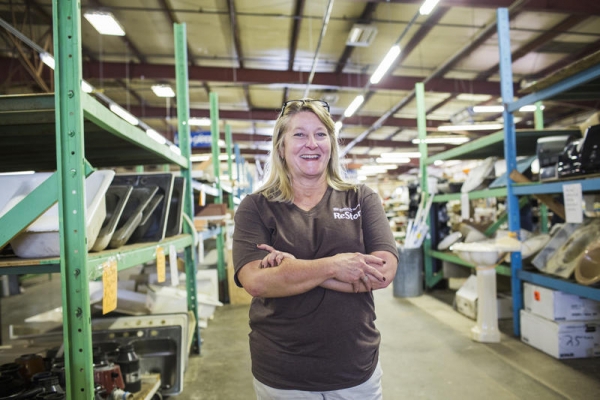 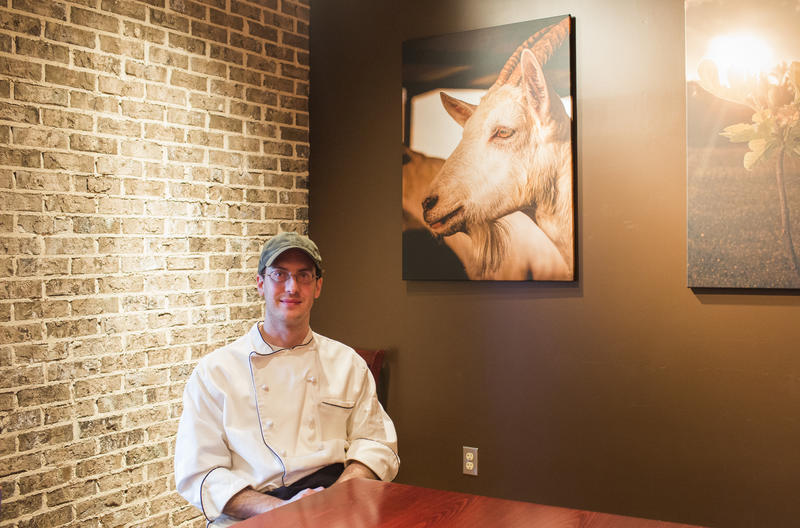 “I said, ‘I don’t know a carrot from a petunia. How am I going to be a farmers market manager?’” Jane Smith recalls.

The Latham United Methodist Church sits in a moderate-sized parking lot beside Highway 231 south of Huntsville. Hughey Reynolds is the pastor and he’s passionate about healthy food and farming. He’s written a book about the faith and farming. Someone called him the Aldo Leopold of the church.

Pastor Reynolds started a program on Sunday afternoons to teach parishioners about backyard gardening. One day Lee McBride, the local food coordinator for FBNA came by. He was on a Food Bank mission to increase the market capacity for local growers to sell their produce. Pastor Reynolds loved the idea. He put Jane Smith on the task and she turned to Mr. McBride and the FBNA.

“I grew up on a farm in Alabama so I said I’ll give it a shot,” says Mrs. Smith. “I totally leaned on the Food Bank of North Alabama to help us connect to farmers in this region when we starting this market. Lee knew all the farmers who were looking to sell, most within thirty miles from here.”

So the market began with twenty tent vendors in the parking lot. They got hooked up with the EBT card swiper. Soon the farmers will have the swipe machine. At first, Mrs. Smith didn’t think the EBT swiper would be used since she didn’t think there were many people on food stamps in the predominantly middle, upper-middle class neighborhood of south Huntsville.

“But (the Food Bank) said you’ll be surprised,” says Mr. Reynolds. “And I think we will be. We’ve gone from a pre-school to a day care so we get a lot of single parents and I think we’ll have a large number in our day care that we weren’t aware of.”

A farmers’ market opening in a new part of town almost always acts as a barometer for the community’s food security. Especially when it has an EBT machine and is well publicized. For that, few things advertise better in a small southern town than a prominent church. And when the pastor and his staff buy into the program, the fresh food outreach is even more potent.

Similarly, a nimble, attentive food bank has its finger on the pulse of a local economy perhaps better than any other agency. Simply by counting their numbers they can see overall employment and income trends in the region. For instance, between 2006 and 2010 the FBNA went from feeding around 86,000 people to serving over 100,000. In that time, 100 sock factories closed in North Alabama. An International Paper plant moved out of town. And, of course, the national economy crashed in 2008. 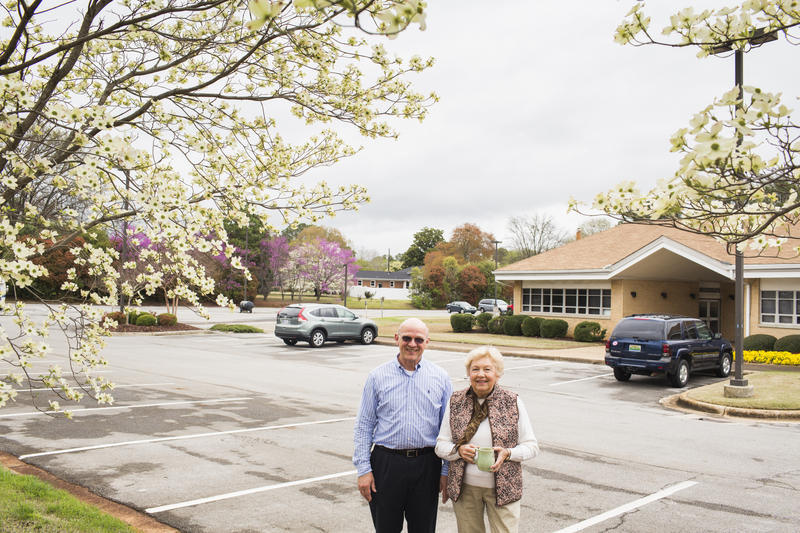 The economy translates clearly on the spreadsheets of a food bank. So again, as in the case with the Chinese peas, the FBNA looked for ways to engage the local food economy and not just hang back as a loose safety net of food handouts for an increasing population of un- or underemployed citizens. Especially when the local farmers who had originally been the backbone to food bank supplies two decades ago were now joining the ranks of food bank recipients.

The 2008 economic crash didn’t just affect the FBNA’s constituents. The food bank had been planning and raising funds for a community-owned grocery store. They were well on their way to raising the money needed to get started. Then the banks dried up. No banks would offer a loan, much less to a non-profit food bank trying to build a non-corporate grocery store. So the FBNA had to scratch the grocery store plans and return the money it had raised to investors.

Like van Hengel in the 60s, Strickland saw a need for a community loan fund. So the FBNA launched a revolving credit fund for food enterprises, farmers, and small businesses hiring from low-income communities. Eventually, they took advantage of the Community Development Financial Institutions Fund (CDFI) a Department of the Treasury fund established in 1994 to promote economic revitalization in low-income communities.

The Food Bank of North Alabama’s Hiatt Revolving Loan Fund, had become a sort of financial bank, or at least a middle-man between government loan funds and entrepreneurs in Huntsville. Already, a coffee-pastry-sandwich shop has opened on the square in downtown Huntsville. It received funds because the owner will be hiring low-income employees from the job-training program of Neighborhood Concepts. A food truck opened with CDFI help. A loan made it to nearby Florence, to the cornbread makers at Red Gingham Gourmet. Another loan went to a tool-grinding shop in the renovated art studios of Huntsville’s Lowe Mill.

But the Food Bank of North Alabama is still a food bank. It hasn’t forgotten its roots as a place that accumulates food for emergencies and underserved people. And that begins with the farmers. Huntsville might be known for making rockets these days, but things still move best at a slow pace. Strickland and her team have been laying a foundation of recovery to rebuild the food-farm economy. It’s more than gathering extra food and handing it out. It’s about thinking through all the moving parts of a food system – the timing and placing of farmers markets so they don’t overlap or compete; prioritizing the connection of limited-resource farmers to markets; encourage institutions to incorporate local produce; offering loans to well-planned small businesses. It’s a bit more complicated than van Hengel’s original vision, but innovation is the diesel that drives the American engine.

“We look at the food system,” says Strickland, “as a linear system, but as a dynamic web.”

In 2013 the FBNA partnered with a farmer to get his extra produce. They ended up with 200,000lbs of sweet potatoes, the first time they’d had local produce at scale in twenty years. That measures out to 200,000 pounds of progress.