Cody Van Meter’s favorite part of his Olympia, WA hometown is a rectangle of tilled earth that’s been growing food for centuries. The pool-sized plot is called Darwin East and it’s part of the GRuB farm. Cody’s only been growing here for a year, but the dark, rich soil and the community of young people digging into it alongside Cody have made this city farm a sacred, healing place.

Cody is 17. One year ago he was that kid sitting alone in the Olympia High School cafeteria every day. The kid who didn’t talk and expected to do everything wrong, because that’s what most people told him; that he was wrong. He had all the social pressures and negative environment working against him: father in prison, drug-addled, absentee mother, and his own defense mechanism propelling him toward violence, gangs, and drugs. Unfortunately, we’ve all heard that story before.
But rarely does the story lead from there to, a year later, that same young man smiling and chatting with friends in a patch of field peas during sixth period science class. The GRuB project is called Cultivating Youth Employment Program (CYEP). For the entire school year, Cody and twenty-five other Olympia High School students (identified by the school as those from low-income backgrounds and/or struggling in the school’s standard learning environment) attend class in the high school from 8am-11am, then they spend the afternoons and the final four credits of their school day at GRuB, working on the farm or learning in the classroom: horticultural sciences, US studies, and an entrepreneurial class. They learn teamwork, community building, social justice, nutrition, and farming.

“I never had a friend,” Cody says. “I was credit-deficient in school. My first five weeks here at GRuB I didn’t talk to anyone. But by the end of that summer program I started to open up. The staff here notices things. They listen to me.” 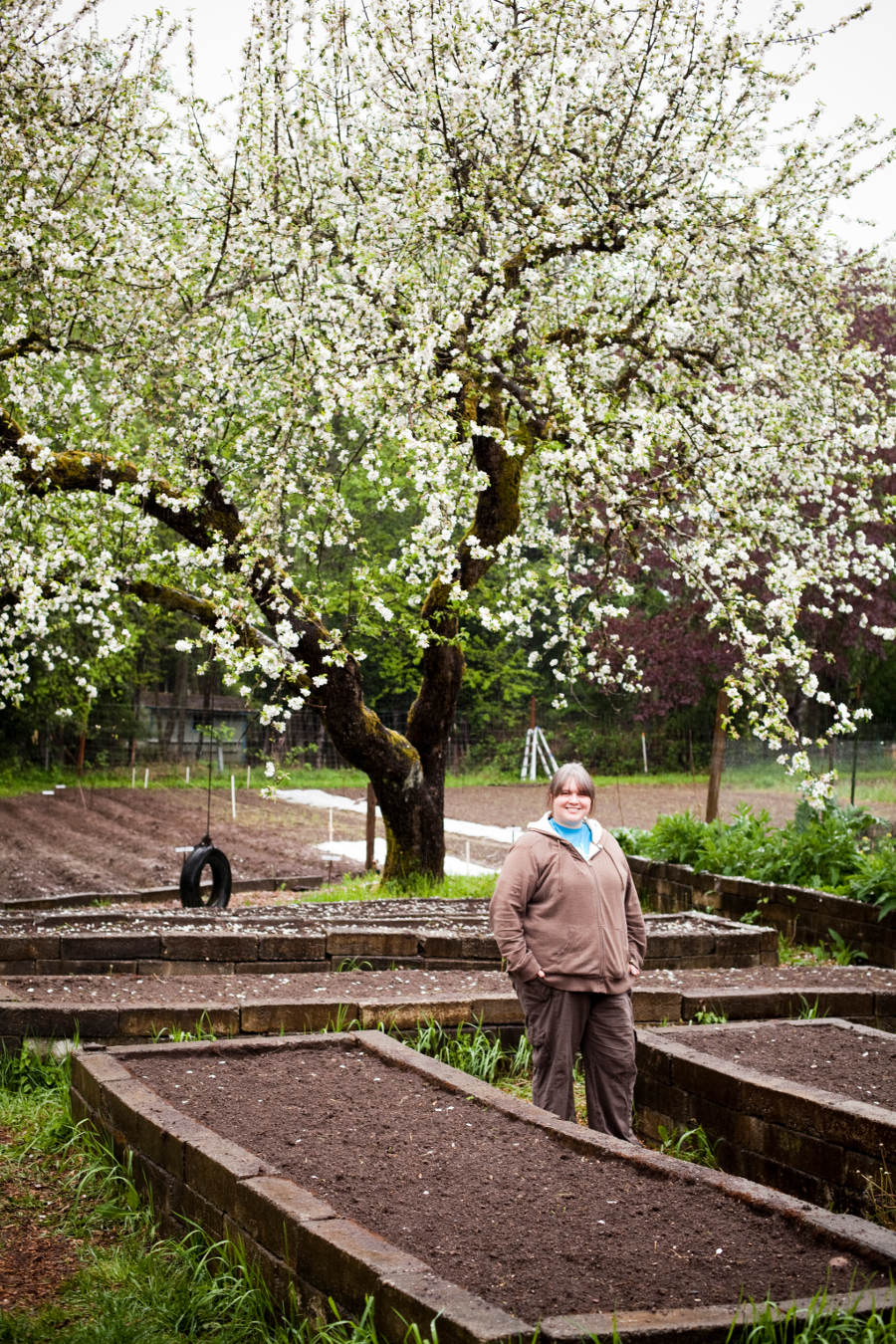 Cody will graduate from the one-year program this spring. He’ll join GRuB’s advanced, one-credit class next year and they will help Olympia High School build their own farm so they can replicate the GRuB CYEP program at school, reaching more students like Cody. He is a member of the first graduating class of CYEP’s pilot program working directly with a high school and offering accredited courses. It has been a success. GRuB will contine with the program next year, in addition to assisting a handful of other Olympia-area schools in developing their own farm and CYEP projects, spreading the ripples of change throughout the counties.

GRuB has been working with high school youth and low-income gardeners around Olympia since 1993. The program began with the mission to support low-income residents of Thurston and Mason Counties by helping them build small backyard gardens. It was called the “Kitchen Garden Project.” Following the findings of a Thurston County Foodbank assessment of food-insecure neighborhoods, GRuB was able to hone in on the most needy populations.

Sarahann Swain, age 28, found GRuB and the Kitchen Garden Project when she needed it most. She and her husband were struggling to pay rent and buy food when they first were married. He had immigrated from the UK to marry Sarahann but he couldn’t work for months while his paperwork went through. The recession cost Sarahann her job so the couple moved in with friends to pool their resources.

“We were eating mac-n-cheese and ramen for a long time,” Sarahann remembers. “I was buying some spices at the local co-op to help the mac-n-cheese, and I saw the GRuB truck outside. I asked about it.”

Soon, Sarahann was in the GRuB house filling out application papers for the Kitchen Garden Project. She and her house qualified, so GRuB helped her build a small vegetable garden of raised beds in their backyard.

“I remember swallowing my pride,” she says. “Asking for help like that. But when I got to know the GRuB people, it was a total turnaround. They don’t just give us a handout. They partner with us and we become part of a community.”

Sarahann’s housemates joined her in the garden. She worked alongside fellow KGP gardeners from her neighborhood, some with years of experience that they shared with Sarahann. Her diet and that of her housemates changed. They now eat beets, radishes, carrots, peas, pumpkin, lettuce, cucumber, cabbage, and too many herbs to count.

Now Sarahann has graduated to become part of the Kitchen Garden Leadership Team. She leads the search for new kitchen gardens in her area and then she directs the building of the gardens. It’s a way to keep the KGP as a hyper-local grassroots operation propelled forward by the close-knit neighbors with GRuB’s hands-off oversight. That’s the beauty of the backyard garden concept – few things offer an individual more control over his or her life than growing food at home.