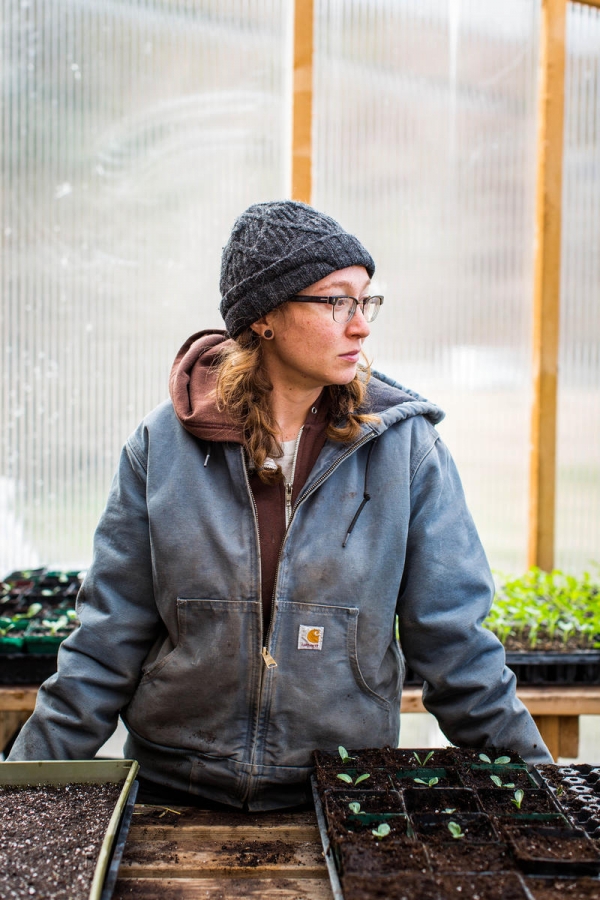 Once leaving its headwaters in the abrupt, snow-capped Mission Mountain range of western Montana, the Jocko River carves out a mellow valley through bulbous hills that roll into a crispy tan horizon for most months of the year. Until the last century the greater Flathead Lake region was the land of the Bitterroot Salish, Pend d’Oreille, and one band of Kootenai people. They intermittently grazed ponies on the lower Jocko Valley land, but no one farmed it in any intentional way until the reservation was opened to homesteading. Then the wagons rolled in, the railroad arrived, the town of Dixon was established, irrigation ditches, fences, and small family farms gridded a patchwork along the valley bottom. The farmers grew crops and raised livestock to feed their families and they sold the remainder in town or occasionally sent it to more distant markets via railroad.

It’s easy to see valleys like this in a place like Montana as a “step back in time.” In many ways, not much has changed in a century. The Native Americans are still living on reservation land and white ranchers spread wide across the valley bottoms, running some cattle and sheep, growing hay, and occasionally raising a self-sustaining farm patch. Semis now join trains in the transportation department. Some of the farms have ballooned up to modern American big-agriculture size, but many remain modest and independent. Affluent communities of academics and technology freelancers have bloomed in Missoula and Whitefish and Kalispell. Little clusters of rusting trailer homes cluster together like a modern-day wagon circle. Not everyone here is a farmer anymore. Nothing is ever as simple as a phrase like “stepping back in time” would imply.

I drive my rental car down a gravel driveway in the Jocko Valley on a Wednesday in March, 2014. Winter still crowns the Mission Mountain peaks framed on the horizon between the Jocko Valley hills and beneath that giant dome of Montana sky. Spring seems to be only a few more sunny days away. The 24-acre shoebox of land I’m visiting was Pommes de Terre Acres Farm, now called County Rail Farm. Steve Dagger steps out to greet me from a small apartment atop the barn.

Steve could be the body double for Tom Skerritt in A River Runs Through It. He’s tall and lean with a thick head of mostly grayed hair falling over his ears and almost to his collar. He wears thin, stylish wire-rim glasses, Wrangler jeans, and a tightly tucked-in flannel shirt that looks thick enough to withstand barbed-wire fence.

Steve invites me into the small bachelor apartment where he’s lived since 2010 when his wife, Jane Kile, passed away. Jane and Steve both moved to Montana in the late ‘70s, though separately. Jane and her former husband arrived from a farm world in upstate New York. They bought the Pommes de Terre Acres and slowly began farming it on the side of their day jobs. Steve moved to Montana on assignment with the Forest Service. Eventually, the two met when Jane was single.

Jane was a natural community organizer and a visionary: for a time she worked with a handful of farmers in the Jocko area to organize the state’s first Community Supported Agriculture. She led an effort to get the state’s first organic certification program. She knew most of the farmers.

Up the road in Ronan, a small ranching community at the base of the jagged, imposing Mission Mountain Range, the Lake County CDC, led by its director Jan Tusick, was rethinking its community role as the millennium approached. It saw a need to engage with agriculture in addition to the traditional CDC role focusing on small local business and loan funds. The CDC, with funding from the Alternative Energy Resource Organization (AERO), had conducted a food system analysis that illuminated a need for more freezers and processing facilities so local producers could keep their product in state, rather than shipping it out.

So Jan and the CDC bought an old restaurant in downtown Ronan. “That was not the best idea,” says Jan. “We learned the hard way that a lot of changes go into converting a restaurant into a properly designed food processing hub.” 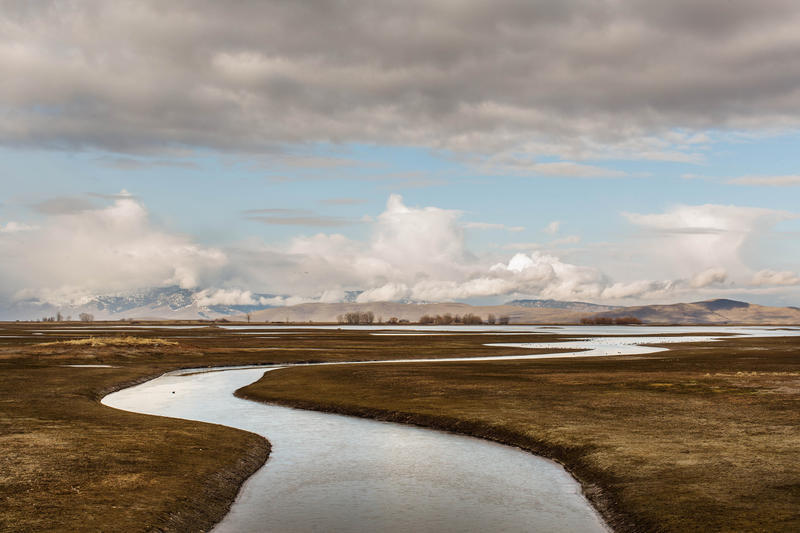 The facility began slowly with one main room and a kitchen. An apple cider co-op was the first client and led to the first addition to the facility. But apple prices crashed and the apple trees got pulled, replaced by cherries. So the food processing facility struggled along without much action.

Then the CDC applied for and was awarded a Community Food Project (CFP) grant from USDA in 2002. They had identified two areas for improving capacity for local agriculture exchange. They needed a grower’s cooperative and the food processing hub. Jan tapped Jane Kile as the lead for the Western Montana Grower’s Co-op, and she started looking for space in Ronan to house a food processing facility, whatever that would end up looking like.

Jane Kile knew farmers from the Flathead to Hamilton. In the end, five small farmers in the Mission Valley area agreed to try the co-op pilot. They spent some CFP money on an outside consultant for a feasibility plan and marketing study as part of the co-op development. “It was helpful and complex,” says Steve. “A lot of the conclusions maybe weren’t on target, but in the end it turned out to be a helpful facet in the development of the co-op. They went on to incorporate. In the first year, 2003, the co-op made $9,000, total.”

Last year the Western Montana Grower’s Co-op made $1.4 million. The co-op now has a fleet of trucks and a vast distribution range that supports a popular CSA membership. But they’ve also managed to dovetail with school institutions – both the secondary schools districts in western Montana and Missoula’s University of Montana. Two main reasons seem to explain their success. One is obvious: a health-conscious community of upper-middle-class consumers in nearby Missoula and the Flathead Valley. But the school connection has been a tough code for many grower co-ops and food initiatives to crack. Even large-scale co-ops with medium-to-high volumes run into processing problems when supplying school districts. The growers want to grow food and sell it. They often lack the time, labor, and facilities to process their food up to health standards for schools.

That kind of agility on the part of the CDC has been crucial to its success. A lean non-profit, like a lean small business, can pinpoint mistakes and change direction quickly. Lake County CDC has been able to adapt as the Co-op has grown and as school food service directors have become more amenable to bringing local, fresh food into their kitchens.

Tusick takes me on a tour of the facility, sparkling clean and sterile and utterly empty of activity since it’s March and snow covers most of the ground. But in a few days a sausage maker will be in here, packing sausage and smoking it in the four-truck smoker. In one of the walk-in freezers Tusick shows me boxes of Montana-grown lentil crumble. The pulse crop is a major part of Montana’s yield and lentils will be even more desirable for farmers since recent passage of a federal school food law has increased legume requirements for school lunches.

“We tried a lentil burger last year,” says Tusick, “but it didn’t go over too well. The secondary students didn’t take to it. But the adults liked it. We’ll use that more at the university level. But we shifted, and experimented with a Mexican-seasoned lentil crumble. It’s passed some taste tests and makes a good filler in spaghetti sauces and taco filling. It’s local, affordable, and meets legume requirements.”

Now the facility and the Grower’s Co-op are thriving. The co-op has grown so fast it must expand its distribution center. Plans are underway to move into a North Missoula CDC space next to the community-owned co-op grocery store and an artisanal foodie bistro, all housed in a former FedEx building.

Back in Ronan, Tusick has numerous cottage industries leasing space in the kitchen and they can offer incubator support for start-up food businesses. The facility has proven to be more than just an efficient step in the producer-to-school chain. One of the biggest hurdles to farm-to-school lunch programs is that schools need to work with a single distribution point. In most cases they can’t, because of time and logistics realities, contract with single farms. With Lake County CDC’s processing facility, the producers bring the food in, have it processed up to school standards, then distribute it through the co-op’s fleet of trucks. So the relationship between producer and schools remains direct. The co-op allows for the consolidation of the producers, but an added bonus is that prices can be negotiated. There is little to no price negotiation for schools when buying from the nation’s main supplier of school food, the Food Services of America (FSA) corporation. With the co-op and CDC processing hub, the grower, processor, and school are all part of the pricing and ordering process so it works on a local level. As the lentil crumble evolution illustrates, the processing hub and co-op combination can be more nimble and adaptive to school needs, children’s tastes, and the potential for changing dietary requirements for meals. 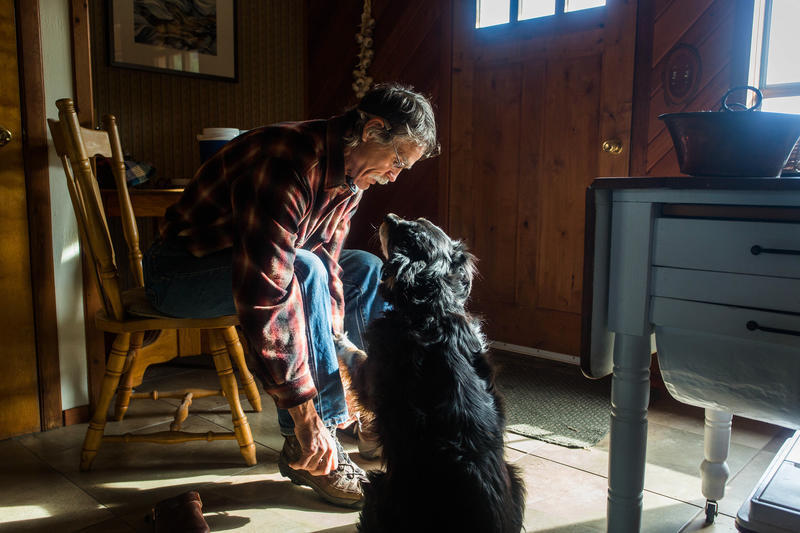 If the lentil crumble succeeds, as it appears it will, the processing facility could take an even bigger step in connecting Montana food to schools. If the lentil dish is accepted by enough schools around the state, it will be included on FSA’s Cooperative Purchasing Program, meaning it can be offered through FSA’s catalog and delivered by FSA trucks. It expands beyond the co-op’s range, moving at least one farm-to-school menu item into a statewide realm.

Before I leave County Rail Farm, Steve introduces me to Tracy, a twenty-something farmer who moved here with her partner Margaret a few years ago. She must remind Steve a bit of Jane, a New York transplant lured to Montana by farmable valley bottoms, an attraction to self-reliance, and a drive to be part of a better agricultural system. Tracy and Margaret are the brains and brawn behind County Rail Farm. They feed themselves and they sell within the Western Montana Grower’s Co-op. Tracy is a smart, earnest young woman in a Carharrt jacket, dusty pants and duct-taped rubber boots. She and Margaret don’t plan on leaving. This isn’t a hobby farm. It’s a lifestyle and a business and they’re part of the co-op’s burgeoning network on local distribution and collaboration.