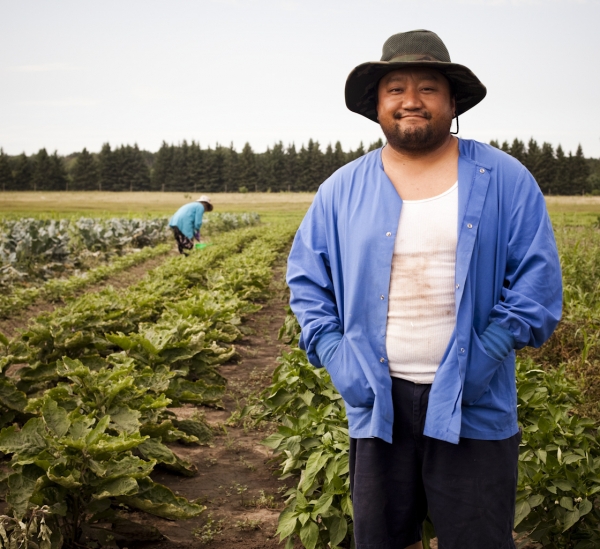 Vince Vang Lee Xiong and his mother stoop to pick shiny, metallic beetles off the leaves of broccoli plants. They toss the pests into a pickle bucket with two inches of water on the bottom. It’s slow, tedious work, but Vince’s mother and his father, who also works this farm, have been growing food this way since they could walk. Only there were no pests in their homeland of Laos, too many predatory insects to take care of rapacious little beetles.

Vince and his family are Hmong. They arrived to Minneapolis in the late 1970s, a decade that saw tens of thousands of Hmong people flee from the regime of communist movement Pathet Lao. More Hmong now live in the Twin Cities than anywhere else in the world.

Vince and his family live in Plymouth City, a middle-class suburb west of Minneapolis. It’s over an hour drive from the farm, and Vince and his parents come to work six days a week for eight to fourteen hours a day in the summer. They drive the family’s gold Toyota mini-van through the congested interstates of the Twin Cities then northeast to the Maine Food Association’s farmland at the Wilder Forest, one of the most bucolic settings in all of America, a place where small-scale, bio-diverse farm traditions live on. 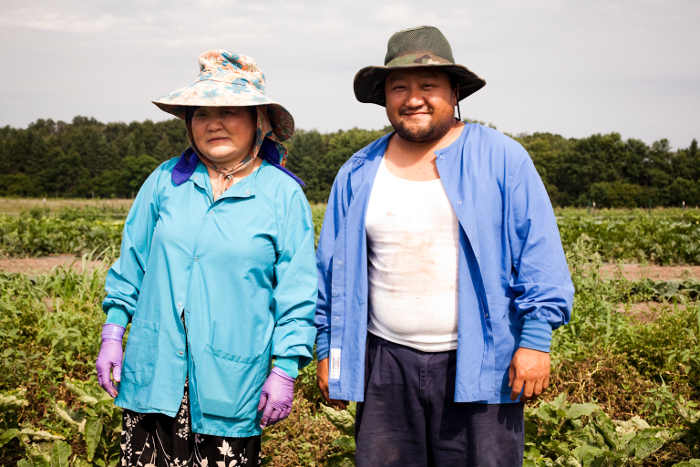 In 2009 the Minnesota Project, a St. Paul-based non-profit that “champions the sustainable production and equitable distribution of energy and food in communities across Minnesota,” received a CFP planning grant to assess ways to make healthy, local food more accessible to low-income parts of the Twin Cities. They found that the barriers to local fresh food for Twin Cities’ residents reflected similar obstacles around the country: first and foremost was price and then other factors varied widely depending on the individuals: transportation, availability of specific produce that someone is looking for, and ability to and knowledge of how to prepare it.

“We concluded that there wasn’t really a defining factor that we could address,” says Minnesota Food Association’s executive director, Glen Hill. “We work with the farmers to help them get started on a viable agriculture business. That means helping farmers like Vince find markets that will pay a price that enables Vince to stay in business.”

“We looked at a way to distribute food into low-income communities. A way that’s beneficial to the customer and the farmer. We were looking for farmer-side benefits.

If the price is too high, the urban perspective is that the farmer needs to lower the cost. We work with farmers to help them find a price that makes their operations viable. We don’t advocate that our farmers just lower the price so that people will buy it. The bottom line is people want cheap produce. If you want cheap produce, it’s trucked in from California. If you want fresh produce from a local farmer, you have to pay for it.”

This is a common and somewhat depressing reality within these early stages of food security solutions. There simply is no way to compete with the prices large corporate farms are capable of charging because of their volume and transportation infrastructure. But as drought issues continue to affect the large farms and as oil prices raise the costs of transported food, small-business farmers like Vince become more viable and not just to the high-end market that is supporting them now.

Currently, Vince prefers to work with restaurants rather than farmer’s markets and CSAs, which he sees as being flooded with produce now. Vince left his job in sales, which paid more and required less time, because he wanted a lifestyle change and because farming follows in the tradition of his family and culture. But he sees real business opportunity. He plans to build a mobile truck with cold storage. That will allow him to ramp up production quantity since he’ll be able to deliver large quantities to wholesale distributors.  He wants to learn to can and preserve – both American farming traditions since the US, especially Minnesota, has a short growing season. They never had to can or preserve in the year-round growing environment of Laos.

The Hmong farmers, Vince says, are like many other immigrant farmers; they must learn the American market for produce. It’s a different set of vegetables here. Vince says he and his family only eat about 10% of the produce popular in America so the Hmong farmers, of whom there are many working on small farms along Highway 52 south of the Twin Cities, must learn to grow vegetables desired by American chefs and households. 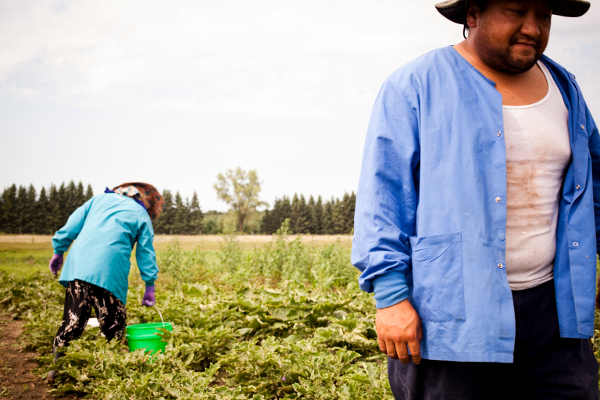 Teresa Heiland is the Local Food Coordinator with the Minnesota Project, meaning she’s in charge of finding marketing for growers like Vince. She arranges meetings between the farmers and area chefs so they can be on the same page about the types of produce and the quantities. She’s helping the farmers figure out the most lucrative vegetables since the market around the Twin Cities is flooded with all the same produce. And the new farmers must learn about safe food handling practices and the idea of chemical-free. Training courses cover these tactical issues as well as workshops in communication and business planning.

If the Hmong farming population can remain successful, many of them working on small to midsize farms to the south of the Twin Cities, they could create their own niche within the local food scene. With savvy developments like Vince’s idea for the refrigerated food truck, they could form co-ops and generate produce on a scale that makes sense for sales to larger distributors and retail markets. Taking that step from small-scale, individual farm-to-chef garden to a mid-scale network that connects large-scale distributors with a conglomeration of small family farmers would be a massive evolution for the local food movement. It could bridge the gap between the city and the bucolic farmland lying just outside its boundaries.