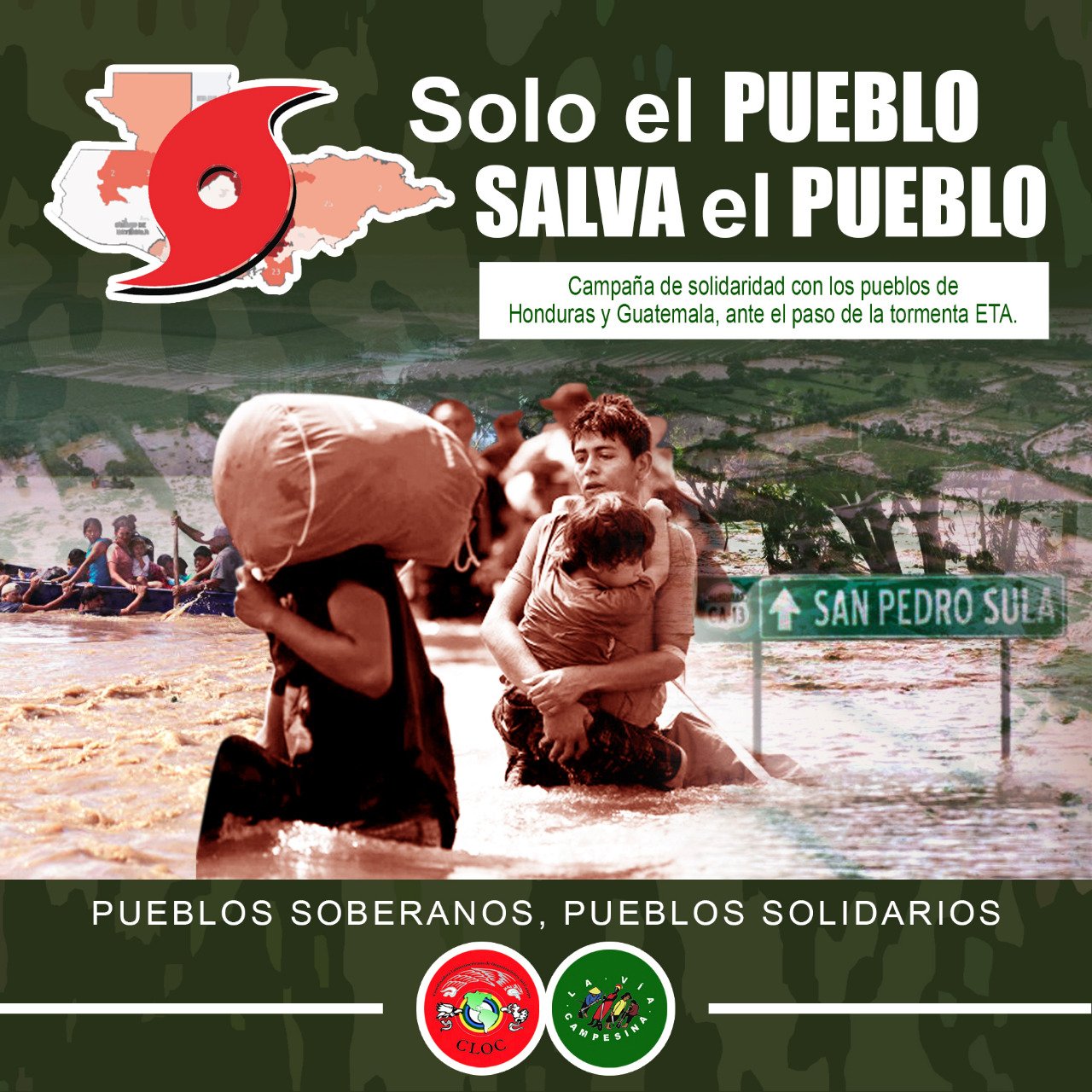 Amidst a global pandemic, these are challenging times for all of us.  And now in a span of just two weeks, two category 5 hurricanes – Eta and Iota – devastated an entire region in Central America.

The Latin American Coordination of Rural Organizations (CLOC/La Via Campesina) has asked WhyHunger to serve as conduit to raise funds for food, mattresses, transportation and medical supplies for rural families. We promptly created this donation page for them.

Please donate. 100% of your support will be directed to the families in Central America.

Our ally social movements in the region are keeping us updated weekly with a report about the damage and what needs to be done. We are sharing this news from what communities are experiencing on the ground in the aftermath of these two powerful and debilitating storms.