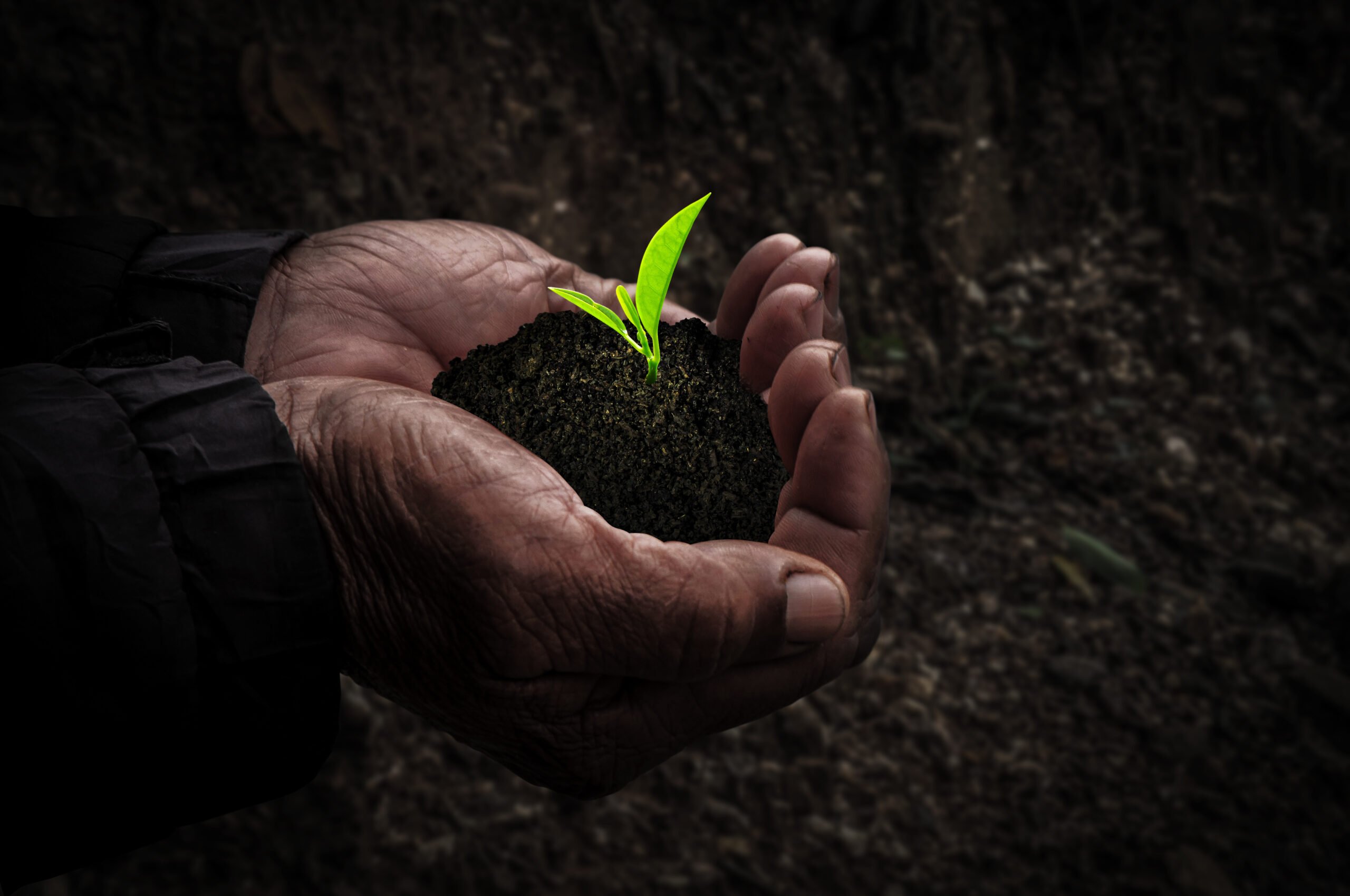 This article was originally posted by National Family Farm Coalition.

JFK, as it turns out, was not correct when he noted 60 years ago that the word ‘crisis’ is a combination of the Chinese brush strokes meaning danger and opportunity.  While he was linguistically incorrect, we get what he was saying. A crisis situation can be the impetus for change, an opportunity to figure out a better way and in the spirit that Kennedy meant it, a better way for society in general.

While unemployment rates are down and hourly wages are increasing slightly, the increased cost of living—up 14% over the last 4 years and stark economic inequality, no, the economy is not “the greatest economy in the history of our country”. Health insurance coverage is inadequate—if you can’t afford to live, if you are sick with no recourse, that is a crisis. And on top of that, the overarching threat of an increasingly variable and changing climate can be labeled as nothing other than a clear and growing crisis.

Most any farmer or rancher anywhere in the US, would nod in the affirmative if asked whether or not there is currently a crisis in agriculture. In the minds of farmers, fishers and ranchers the cause of the crisis can be easily summed up, low prices—pay prices below the cost of production.

While many other farmers and I see unprecedented adverse weather as undeniable evidence of a changing climate which is a contributing factor to the current economic crisis, that is not a universally accepted idea among farmers. None would deny however, that prices are historically unfair with 2019 farm income predicted to be below the average seen for nearly the past century.

They know the weather in the past year at least, has been awful and while many are unwilling to admit that we are dealing with a changing climate, not just bad weather, most are looking for answers. They are looking for ways to survive in a changing agricultural environment—no matter what its cause, wondering what those solutions to the current system might look like.

To this point and in my memory in all my 40 years of farming, farmers have been told we need to work harder, get bigger and embrace all the new technology. Whether that means moving ever larger numbers of livestock into confinement, genetically modified seed and its compliment of pesticides and fertilizer, or the machinery sometimes costing more than the value of my farm—no matter, buying the technology is our only option. In the end we are supposed to be thankful we can be a part of the global marketplace, even if it is controlled by multinational corporations and investment banks that determine the cost of everything we buy and the price of everything we sell.

So what might a different system look like? Could we have a system that allowed farmers of any size to be profitable? A system that satisfied the farmers need for fair prices and a dignified life? A system that produced quality food as determined by a partnership between those who grow food and those who eat it? A system where everyone could afford good food, produced in a manner that might actually benefit the environment?

Could we establish a framework that depended less on global markets, more on local production and healthy diets rather than continuing the trend of going all in a “western diet” and pressuring the rest of the world to follow? Certainly the medical community and the environmental community would support these changes, but agribusiness and my people, farmers, perhaps not so much.

Clearly those controlling the current food system are opposed to any changes that would cut their profits by a shift away from processed foods, grain fed animal products, large scale intensive crop mono-cultures and a global food chain or a shift to any sort of low input sustainable agriculture. Those entities that profit from the current destructive and fragile food system fight, through their lobbying efforts and campaign funding, to maintain its existence. One wonders if those in positions of political power dismiss the Green New Deal as a platform for change because they really believe it is unnecessary, that it is truly untenable, or, are they unconcerned about environmental disaster, opposed to an economy that works for everyone, or are they just unwilling to kill their golden goose?

Farmers are lured onto the bandwagon of a global food supply with the mantra that “we need to feed the world” despite the fact that the world would rather and could feed itself, on its own terms. Supposedly, producing more at a lower price and expanding export markets is the answer to our low farm prices. This will be achieved only by breaking down trade barriers and in effect, forcing importing countries to eat what we sell them—like it or not. Canadian dairy farmers fear that enactment of the new NAFTA (aka USMCA) will “knock the bottom out of their market”. Canada could not absorb our surplus even if their dairy economy were destroyed.

Seriously, this picture is wrong, and in these times of low farm prices, devastating floods, massive soil loss, wildfires and people demanding an ethical, healthy diet, the time could be ripe to end our system of industrial farming and replace it with agroecology.

We need to look at the problem through several lenses, first the farm price issue. The solution to low farm prices is farm justice—farmers getting paid a fair price for producing an ethical product. Just as during the Great Depression of the 1930s, we need supply management, parity pricing (coupling farm prices to production costs) and farmer owned, government insured grain reserves. In the process of returning to sensible farm programs, we can end controversial tax-payer subsidies that supposedly help bolster low farm prices.

As we have seen in real time, export markets and government subsidies do not make farmers profitable. Placing too much dependence on one foreign buyer as we did in the case of the soy export market to China, is a seriously flawed strategy. Similarly, placing too much emphasis on growing corn and soy, as the basis for production agriculture is, a ticking bomb waiting for growers and the environment. Multinational grain companies profitably ride the market on the backs of farmers whether they are in the U.S., South America, or anywhere else in the world—buy low, sell high.

Secondly, the question of whether livestock can be part of an ethical or environmentally sound food system is a knotty issue. The fact that large numbers of livestock in the US are currently raised in confinement situations, is a major part of the problem. Livestock production must be matched to a consumer diet with a much lower animal protein content. This would mean raising vastly lower numbers of ruminants (cattle, sheep, etc.) on pasture and forage and again, lower numbers of pigs and poultry on pasture supplemented with crop waste and grain unsuitable for the human food chain.

Still, one must also remember that livestock are a vital part of integrated agroecological farming systems in the Global South. Generations of farmers, especially organic farmers, know the value of humanely raised livestock as part of a sound crop rotation, one that maintains permanent grasslands, sequesters carbon in the soil and feeds people locally.

Logic would dictate that yes, farmers need to grow less corn, soy and livestock and it must be of higher quality and, it will bring them a higher price. Some cropland can go back to grass and native prairie, forest and growing fruits and vegetables. In the end, the Ogallala aquifer could survive and the Gulf dead zone could return to a productive fishery.

The current agricultural model places value only on volume of production, not nutritional quality of the food produced, human health, rural communities or the environment. Commodity crop production for export and ethanol production feeds only the bottom line of corporations and Wall St. investors. It pits farmer against farmer worldwide in a desperate race to the bottom and only exacerbates the economic disparity, which, when it come down to it, is the real driver of poverty, poor health and environmental destruction. For producers and workers to earn a fair wage and have the means to support rural communities, everyone, no matter what they do, must also earn a fair wage and have the means to support family farmers, ranchers and fishermen by paying a fair price for food. The time for change is here.