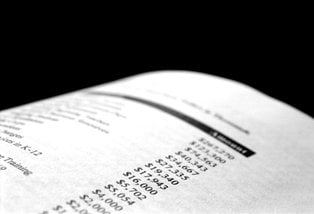 The choices that our elected officials make in the budget will determine so much of what our country invests in and how we prosper in the coming years. But it goes beyond the dollars and cents to determine what America stands for and which way our moral compass is pointing. Are we a nation that stands for “Justice for All,” and especially for the tens of millions of poor people, including millions of innocent children, working families, immigrants who harvest our food, seniors who’ve worked all their lives and disabled people? So far, 69 percent of all the Trump budget cuts are from programs that benefit low or moderate income Americans. Is this budget a MORAL DOCUMENT?

Congress has promised “A decent home and a suitable living environment for every American family.” Over the years it has established a series of housing programs to meet this need. There is currently a shortage of seven million affordable homes for extremely low-income families. These families spend more than half of their income on rent and utilities, almost double what our government determines to be a reasonable rate. Affordable housing programs could take a monumental hit.

The Trump Budget cuts more than $6.2 BILLION from federal housing programs including $1.9 BILLION from the Public Housing Fund, the elimination of the $3 BILLION Community Development Block Grant Program that helps to fund more than a thousand anti-poverty agencies and another BILLION in community planning and development grants to help communities to build affordable housing and improve neighborhoods. The results of cuts of this magnitude will be felt in the continuing deterioration of public housing and poor neighborhoods and a rise in homelessness. THIS IS AN IMMORAL DECISION!

OTHER CUTS THAT WILL HURT THE POOR

Social Security Insurance (SSI) for the poor and disabled will be cut $150 BILLION over ten years. This program is the financial lifeline for the vast majority of its recipients. THIS IS AN IMMORAL DECISION!

Pell Grants for college will be cut $125 BILLION over ten years. How many poor people will not go to college because of those cuts? How much lifetime income will they lose? THIS IS AN IMMORAL DECISION!

In the Trump budget the following programs will be eliminated:

-The Legal Services Corporation which provides legal representation for poor people in court for domestic violence, vets seeking their just benefits, seniors looking for justice in the face of financial scams and much more. Who will represent these folks? How will justice be served? THIS IS AN IMMORAL DECISION!

-LIHEAP (The Low Income Energy Assistance Program) helps poor people, especially seniors to pay their energy bills. The program is now funded at $3.4 BILLION. The federal government funds 85 percent of the budget. Next winter could be a very cold winter for those who lose this program. What other basics essentials, like medicine and food, will they need to go without to keep from freezing? THIS IS AN IMMORAL DECISION!

-Weatherization Assistance Program (WAP) Since its inception in 1976 WAP has aided more than 7 million families to save money on energy bills by repairing their homes and making them more energy efficient. It has a triple benefit: reduces harmful pollution, creates jobs and saves money by reducing energy bills. It has always been considered a bi-partisan winner, but not in the Trump budget. THIS IS AN IMMORAL DECISION!

-The Community Services Block Grant, which includes funding for the meals on wheels program will be cut in half. AN IMMORAL DECISION

ALL THESE ARE NOT MORAL DECISIONS!

There are billions of cuts to environmental research and regulations that are working to prevent the growing global warming and to protect our air and water. The budget also makes severe cuts to foreign aid of $363 million in food aid to poor countries just as famines are reported in South Sudan, Yemen, Nigeria and Somalia. It also eliminates the Food for Education Program created by senators Dole and McGovern that provides meals to millions of hungry children throughout the world. THESE ARE IMMORAL DECISIONS!