The Landless Workers Movement, Movimento dos Trabalhadores Rurais Sem Terra (MST) in Portuguese, is a social movement in Brazil formed by rural workers struggling against social injustice and working to secure land for small-scale farmers and rural people to grow food and build thriving communities. Made up of over 1.5 million people, MST works across 23 of Brazil’s 27 states.

Founded in 1984 and now Latin America’s largest national popular movement, MST works to identify and settle on unused or underutilized land, gain legal title to it, and bring it into productive use through sustainable, agroecological farming. In the past three decades, MST has reclaimed over 18 million acres of land for 370,000 families who are now producing fresh produce, grains and animals for consumers in Brazil and abroad. Often the land reclaimed by MST has been decimated and abandoned by industrial agriculture. Through intensive agroecological farming and agroforestry, MST is not only feeding themselves but also bringing the soil back to life and working to reverse the effects of climate change.

MST’s success in reclaiming and working the land is rooted in the way their communities are organized and in their deep commitment to acting as a collective that benefits the whole community, not just the individual. Members are organized in small groups of 8-10 families and work alongside one another to teach and promote agroecological farming, educate youth and children, and ensure the safety and other basic needs of the community. Their focus on leadership by women and youth is also critical to building a pathway for future generations of organizers and food producers.

This powerful work of the families, women and young people of MST has led to abundant food, dignified homes and communities, better education and healthcare, nutritious school meals, meaningful arts and recreation, and vital neighborhood infrastructure projects in communities across Brazil.

For more on the great work MST is doing in Brazil, click here. 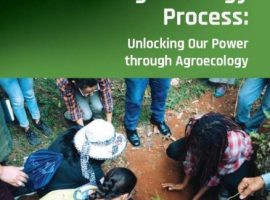