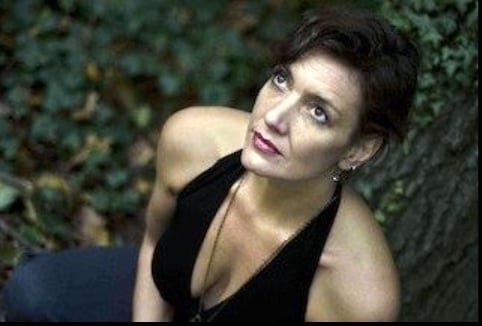 This is a guest post originally published in the Kids Make a Difference Newsletter a couple years ago. Written by WhyHunger’s longtime friend and Board Member Jen Chapin, in this honest reflection Jen wrangles with questions about racism that many have and reflects on America’s racial legacy, how it affects her son (who is now close to 11 yrs old) and what she’ll teach him. Unfortunately, the same questions and racial justice issues persist today so we wanted to share.

I have been wrangling with this essay in my head for months, as I’ve struggled to find the right words to respond to a question that just won’t go away. The stubborn question: In this day, when an African-American can be elected twice to the highest office in the land, is there still such a thing as white privilege? When we can point out so many black Americans among the most wealthy and powerful in media, entertainment and sports, isn’t that proof that the nation has evolved beyond its racist past?

I finally started writing down some thoughts last week and now can’t locate them, which is probably a good thing. This question is so vast and unwieldy, rooted in centuries of slave-trading and terrorism, naked violence and hidden theft, that I couldn’t manage to wrangle these thoughts into concise cohesion.

So I’ll just write about me. Or rather, about my 9 year old son. Or more precisely, about the ways I don’t have to worry, because he and I are white, and privileged.

Our neighborhood public school is 4 blocks away, a pretty straight shot from our apartment along a pleasant residential Brooklyn street. My son has started to walk himself to school sometimes, which is OK with me. He’s careful with cars and crossing streets, and the neighborhood is a pretty safe one. I remind him that my concern is less about him making a mistake than a driver doing so.

I don’t warn him about the police. If he were black or brown, I would. I’d likely say something like the mother character in the Springsteen song “American Skin (41 Shots)” does: “you have to understand the rules / If an officer stops you / promise me, you’ll always be polite / and that you’ll never ever run away / promise mama you’ll keep your hands in sight.”

My son is smart and sensitive. He has a tendency to be dramatic in self- denigration, to loudly berate himself as stupid – “I’m an idiot!” — for an unspecified trespass. I recognize this a bit from my own childhood personality, and I console him without worrying too much. If he were black or brown, I would worry. I would worry that a teacher or other authority figure was failing to see his gifts, his potential, or even his humanity. I would worry that he had internalized the ever-present if often tacit message in our culture that black boys are intellectually and morally deficient, with certain mystical talents in sports and music but not many in school or the workforce.

When he does enter the workforce, perhaps I should worry, actually. My son’s given name, inspired by a beloved saxophonist, is rare and most often found among African-American men from the South. His surname comes from my husband and is also rare in the Northeast, and most often found among African- American men from the South. On a resumé, this sort of name is 50% less likely than a resumé with a white-sounding name attached to get a response from a potential employer. Or at least it was in 2002, when the National Bureau of Economic Research conducted their experiment. Are things different today, or will they be in the 10 years or so when my son is looking for a job?

Of course, the reason my son has a “black” name is that his ancestors owned many slaves who took that name as their own, as was the custom. My mother’s ancestry is more obscure to me, but she has indicated that her maiden name is also linked with many black Americans, and that there is likely slaveowning in her paternal family’s past as well. Today among our furnishings are several antique items inherited from both sides. Was this furniture made by slaves? Perhaps not, but there is no question that part of the wealth that paid for mine and my husband’s expensive liberal arts college educations – wealth measured both in dollars and in generations of inherited literacy – came from the labor of captive workers. (My alma mater, Brown University, was founded in a major slave trading port, by a major slave-trading family that also included at least one prominent abolitionist)

The fact has been deliberately buried from our national consciousness, but indeed the larger part of America’s wealth was built on slavery and genocide, and continues to build on habits of systematically separating black and brown (and white) people from the fruits of their labor. To acknowledge this is not to swim in guilt, but to be empowered by knowledge and the tools to move us all forward.

And what of my son? The conversations have begun, often prompted by his own questions and observations and a child’s fresh eye toward justice. He’s not quite ready yet, but in a few years I’ll have him read the excellent and exhaustive recent piece by Ta-Nehisi Coates in The Atlantic, “The Case for Reparations”, and perhaps (I still have to get this and read it myself) the new book by historian Edward E. Baptist “The Half Has Never Been Told: Slavery and the Making of American Capitalism,” so he can understand where we all come from, and play a clear-eyed role in where we are all going.