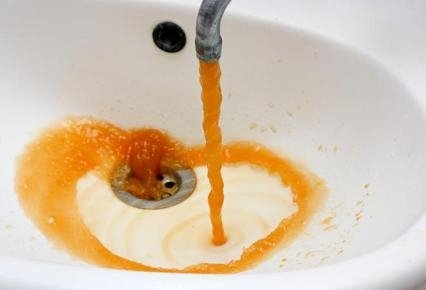 This is a guest post by Youth Food Justice Zine contributor and youth partner Ayisah Yusuf of Rooted in Community (RIC). The original, full post can be found here.

Flint, Michigan a small town right outside of Detroit is going through a crisis. This crisis sadly has been happing since 2014 and due to the Michigan government has just gotten worse and worse. Let me break it down for ya. So Flint and Michigan in a whole has been going through a water crisis for a while. Detroit has been dealing with this for so long and it’s all due to money. People in Detroit have been having their water turned off due to not paying their bills. Now I know what you’re thinking but people where not just forgetting to pay their water bills. For most people paying their bills is they pay one bill or the other depending how much money they have. Because jobs people jobs but that’s another story.

Last summer I was fortune to visit Detroit and learn a little about this crisis and protest it with the youth food justice group Rooted In Community. One story I heard was when one lady woke up one morning and saw the water company outside her house. She ran outside to tell the guy not to turn her water off and then watched him go down the line to her neighbor’s house and turn theirs off. She said that some of her neighbors where elderly, reserving fasting for Ramadan at the time and just needed water for everyday needs. Now something you also need to know is that in Detroit they think that it is ok to make water a commodity. Meaning that basically the government and companies like Nestle making money off their water by bottling it.

In 2014 the governor of Flint Rick Snider decided to switch the water system from the Detroit to the Flint River which is polluted. The residents of Flint started to use the water and found it to be polluted and cause heavy illness. Their water came out brown and green and it was just discussing. I heard an interview with Michael More who said that Flint is made up of half black people and 41% of the residents living below the poverty line.

Of course while I was in Detroit I learned about the Flint crisis and it is just coming to a head in the mainstream media like most issues that happen for a long time and due to the lack of attention in the mainstream most people know nothing about.

Now that this water crisis is coming to the mainstream I think that this could turn into a civil rights suit. Making citizens of a city drink, bath with, wash dishes and cook with contaminated water is an infringement of their rights. Intentionally making people sick just to make a profit off these people is ridiculous. Having clean, uncontaminated water is a human right and for the powers that be to not make sure the people of your city have that means you could be sued. Plus I’m sure that the hospital bills of the citizens who drank or bathed in this water and caught desises was very high so the government should have to pay for that. I’m sure the government will send FEMA in to “clean up” this mess and give the citizens like $500 towards their hospital bills or something crazy like that.

I will say that I am glad that being an AmeriCorps Alum that they have gone in to help. Its great to see them helping as I got to help in Joplin after the Tornado so I know how much impact AmeriCorps can have in helping. Over all this is a crazy thing that should of never happened due to lazy, money hungry government officials who don’t care about the people affected.

Hard to Swallow from Kate Levy on Vimeo.