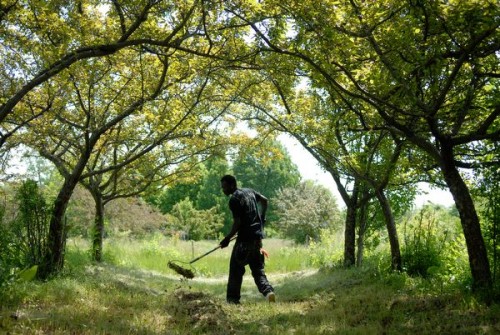 Last December, we enthusiastically supported our friends in Detroit in a struggle to retain community control over plans for vacant land in the city. We have an update today from Detroit’s new Community Trust Alliance, self-described as a group of “grassroots community organizations and individuals standing in support and solidarity with the people of Detroit most impacted by social injustices.” The letter was posted to several food justice-focused listservs, and we’ve received permission to post it here:

First and foremost, please accept apologies for the delay in getting this out to you! We have all been recovering from hard hits and disappointments at the end of 2012. We are working on a more detailed report out/analysis of the events that transpired and next steps, the goal being to link this work and add to the conversation with national and international allies working in this area, so, look for that in the coming weeks as well!

THANK YOU ALL for your tremendous support in fighting the injustices being waged on Detroit and primarily Black, Brown, Immigrant and poor communities. Your letter and article writing, awareness and solidarity building through social media was incredibly heartening and fueled us to continue to push back. Your efforts were essential for galvanizing support and collaboration from both near and far.

Despite the tremendous amount of opposition, the rogue corporate puppets on the Detroit City Council that voted 5-4 in favor of the land grab by Hantz Woodlands are more accountable to shadow governments than the will of the people. Despite the growing economic and racial inequities, over 1,900 parcels (180 acres) of publicly owned lots will be deeded over to a private developer, John Hantz. Despite the history of displacement in pursuit of urban renewal here in Detroit, the land grab was prioritized and approved before a proposed urban agriculture ordinance, zoning that protected communities against speculation and environmental abuses. Despite a grassroots collective of urban farmers and gardeners to make their communities more self-reliant, the urban ag movement was green-washed by an unscrupulous business who’s currently being investigated for its role in a ponzi scheme.

All is not lost however. Not totally…

While we strategize for our next move, we hope that you will continue to support us in our efforts to fight these unprecedented injustices while we also work towards implementing a strategy around a community land trust, a more sustainable, democratic and accountable way of living out our values of justice, equity and liberation.