Maria do Livramento Santos fights to protect the mangroves, the habitat for the shrimp she relies on for income, and the heritage that was passed down to her from her parents.

Maria (Mentinha) do Livramento Santos is a fisher woman from Curral Velho, Ceara, Brazil. She was born and raised in a fishing family. Maria is a community leader and an active member of the Associaçao Communitaria de Marisqueiros e Pescadores (Community Association of Shellfish Harvesters and Fisherfolk) of Curral Velho. Below are Maria’s statements. 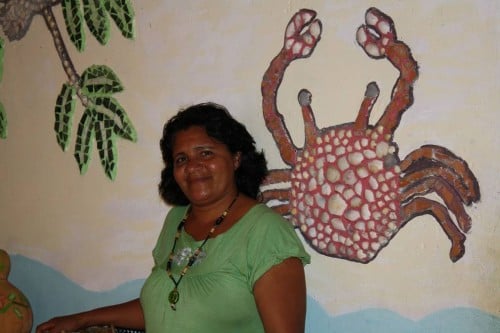 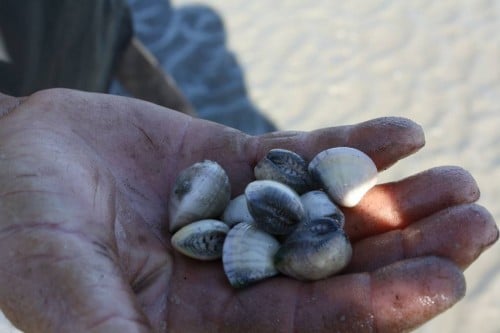 “The men, women and children all organized to defend what is ours. If they take our territory we cannot have access to the sea, we cannot fish and we cannot feed ourselves. The main problem is that they cut the trees. If they take the mangrove trees, the crabs, oysters, shells, and fish will all be gone. If we have no mangroves, none of the resources will be there. By cutting the trees, the environment heats up and all the fish die. We lose our seafood. Besides that, there is the problem with the chemicals they put in the shrimp farms. When they harvest the shrimp from the farms, they let the dirty water go into the estuaries. If we think about the danger, we can’t fight. I like to say it is from fear that courage is born.

“We had a major conflict on September 7 in 2004 and 30 fishermen went to the shrimp farm company, called Jolé Aquicultura. We said to them, ‘do not invade our community anymore.’ There was a group of between 20 and 30 fishermen, including teenagers. The shrimp farm hired hit men. We couldn’t have any dialogue with these people, only bullets. During a protest, they shot seven people from this community. Nobody died. They caught some teenagers and threatened to pull out their teeth with knives to try to make them tell them where the other protesters were and what the plans were. For me, it was not the first time I was threatened with death. In 2003 and 2004, they tried to kill me and my husband because we always fought to defend the mangroves and protect our community. We keep fighting these big projects, but we never think of dying.