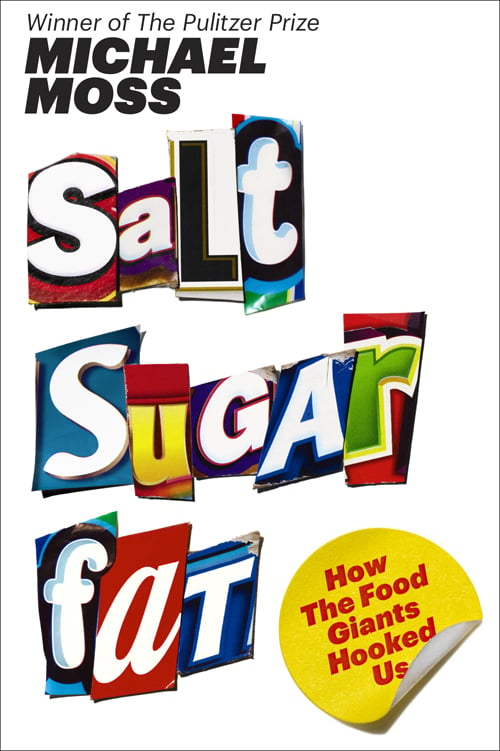 Investigative reporter Michael Moss caused a stir— and won a Pulitzer Prize— with his 2009 New York Times article questioning the safety of “pink slime,” a controversial product made from low-grade beef trimmings and treated with ammonia to kill E. coli and other bacteria. His story ignited a powerful consumer backlash against pink slime, which forced grocers, restaurant chains and school districts towards greater transparency regarding the contents of their ground beef. He has since shifted his journalistic attention from hidden contaminants to products that are intentionally added to our food.

In his latest book, Salt Sugar Fat: How the Food Giants Hooked Us, Michael Moss takes the reader into the conference rooms and laboratories of America’s largest food companies, where experts deftly engineer and market processed foods that contain rapidly increasing amounts of sugar, fat and salt. He begins each part by delving into the neuroscience of taste, describing the effects of these additives on the brain’s pleasure centers. Food processors are able to exploit our biology to create products that consumers find irresistible:

In the process of product optimization, food engineers alter a litany of variables with the sole intent of finding the most perfect version (or versions) of a product. Ordinary consumers are paid to spend hours sitting in rooms where they touch, feel, sip, smell, swirl and taste whatever product is in question. Their opinions are dumped into a computer, and the data are sifted and sorted through a statistical method called conjoint analysis, which determines what features will be most attractive to consumers.

Moss goes on to explain the success of many familiar foods, such as Lunchables, Go-Gurt and Prego spaghetti sauce, and illustrates why, for example, Americans now consume three times more cheese than they did in the 1970s. Unlike the writings of Michael Pollan or Mark Bittman, Salt Sugar Fat is not prescriptive. Moss acknowledges that processed food is part of life for most Americans, but his book is incredibly useful in providing the reader with a better understanding of the forces that people face in the pursuit of a healthful diet.

Excerpts from Salt Sugar Fat: How the Food Giants Hooked Us were published in the February 10th issue of the New York Times Magazine.